The activist was arrested over his calls for peace 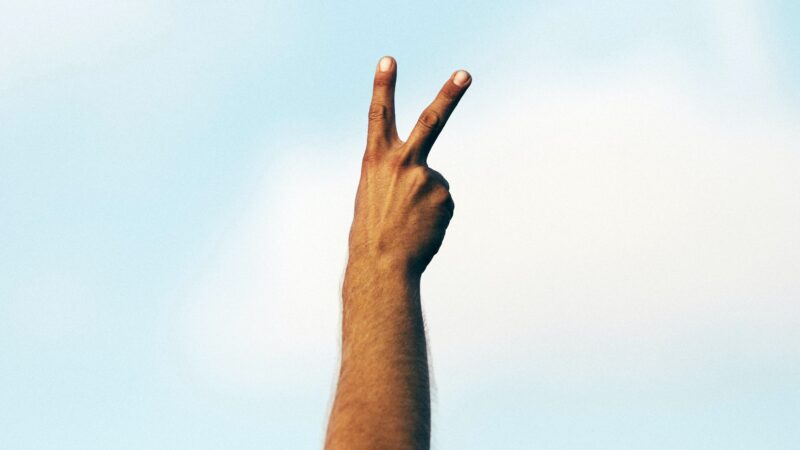 Image by Patrick Fore. Free to use under Unsplash License.

Ahmed Mammadli, 21, the chairman of the Democracy 1918 (D18) movement, a pro-democracy movement in Azerbaijan, was arrested on September 20, on bogus charges, and later sentenced to 30 days in administrative detention. Mammadli was among a handful of civil society activists who made public calls for peace, regarding the recent clashes between Armenia and Azerbaijan. His sentencing on September 20 took place ahead of the International Day of Peace, marked globally on September 21. According to police records, Mammadli was arrested on the grounds of resisting the police, a common accusation in Azerbaijan used to target political and civic activists.

Ahmad Mammadli, who criticized Ilham Aliyev and the #Armenia‘n-#Azerbaijan‘i war, was handcuffed and imprisoned for 30 days.

A statement published on D18 Facebook page said the arrest due to the anti-war sentiments Mammadli shared on his Facebook page. “As the Democracy 1918 Movement, we do not accept a system where laws only serve the regime, we demand the immediate release of Ahmed Mammadli!” read the statement. Mammadli was detained by plain-clothed men on September 20, according to local reports, before police issued the official accusation.

Chairman of opposition @demokratiya1918 (D-18) Movement Ahmad Mammadli has been arrested today for 30 days on charge of disobedience to the police. He said while inside the police van, in a video filmed by another D-18 member, that he was arrested for his pro-peace views. pic.twitter.com/ZO9kx2CLwP

Prior to his arrest, Mammadli criticized the state for the recent clashes, saying the responsible officials, including the President of Azerbaijan, Ilham Aliyev, should be held accountable. “One day, Ilham Aliyev will answer before the international courts the crimes he committed not only against the Azerbaijani people, but also against the Armenian people. The first task of a democratic Azerbaijan will be to punish those who make nations hostile to each other,” wrote Mammadli on September 15. In another post, Mammadli, called the president a “dictator” who had “blood on his hands”:

Do not defend the monarch who oppresses you, takes away all your basic rights, and turns the country into a company. The more you defend him, the more he crushes you. Ilham Aliyev is a dictator with blood on his hands. It should not be difficult for us to understand this.

Fresh border clashes erupted between Armenia and Azerbaijan on September 12, resulting in the deadliest fighting since the second Karabakh war between the two countries in 2020. According to statements by both countries, more than 200 service personnel were killed in the recent flare-up. On September 15, the two countries signed a ceasefire, mediated by Russia. The renewed tensions followed a meeting between the leaders of the states in Brussels in August under the auspices of the president of the European Council, Charles Michel.

Meanwhile, on September 18, a group of peace activists across post-Soviet Republics issued a statement demanding peace in the wider region:

Since the dissolution of the Soviet Union, we’ve lived through decades of violence. We continue to suffer through regularly recurring warfare on the territory of Ukraine, Russia, Armenia, Azerbaijan, Tajikistan, and Kyrgyzstan.

If we stay on the current trajectory, it is only a matter of time until the ongoing and recurring warfare in different regions of Eurasia will synergize with one another and with wars in other parts of this world, turning into a bigger regional or global war and sacrificing more and more people from numerous countries.

We cannot afford this! We do not call for peace – we demand peace! We demand that governments commit to non-use of force, to engage in genuine search for diplomatic solutions that prioritize human security, and to stop interfering with, and better yet, support people-to-people contacts and peace-building.