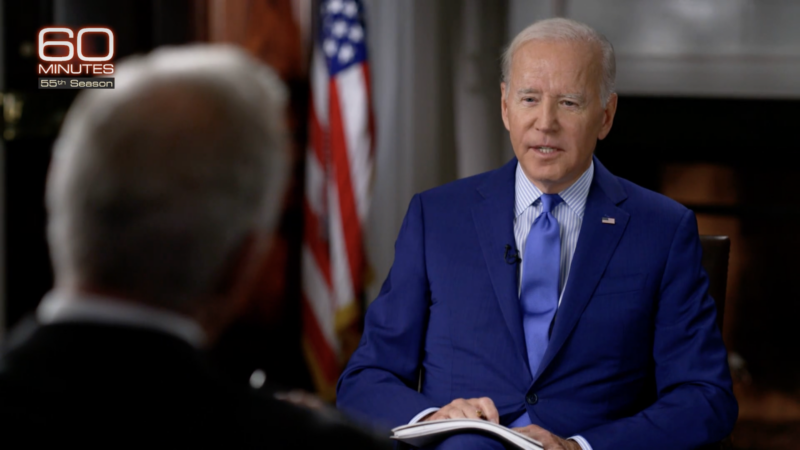 In a large step away from the United States’ tradition of strategic ambiguity regarding Taiwan, US President Joe Biden stated in a television interview on Monday, September 19, that the US forces would defend Taiwan if China invaded the self-governed state.

The President’s comment came after the US Senate Foreign Relations Committee passed the Taiwan Policy Act 2022, which provides Taiwan with USD 6.5 billion in security aid to purchase military equipment. The Act also includes a sanction package targeting key mainland Chinese officials and the banking system in response to Beijing’s invasion.

It also ensures that Taiwan would enjoy the status of a “major non-NATO Ally,” a strategic partnership on military and technology exchange and assistance.

BREAKING: #SFRC overwhelmingly approves my Taiwan Policy Act of 2022, which bolsters our Taiwan policy and strengthens our relationship to maintain stable cross-Strait deterrence in the face of the threat of Chinese aggression. https://t.co/n9bACOi6NF pic.twitter.com/VYDskTJKiE

China protested the new Act. The Chinese ambassador to the US, Qin Gang, said if the Act is passed in the US Congress, the foundation of US-China relations will collapse.

Once passed, the Taiwan Policy Act 2022 would replace the Taiwan Relations Act 1979, which was enacted to maintain Taiwan’s self-governing status quo by enhancing its self-defense military capacity as Washington switched diplomatic recognition from the Republic of China (ROC/Taiwan) to the People’s Republic of China (PRC).

The US government terminated its Mutual Defense Treaty with Taiwan in 1980, one year after it established diplomatic ties with the PRC.

Officially, the US recognizes PRC as the sole representative of one China. Yet, it also upholds the principle of peaceful resolution of cross-strait relations.  Hence, for decades, the US government has been ambiguous about whether it would defend Taiwan against China's invasion.

Biden’s latest comment on the popular US television program, 60 Minutes, during an interview with correspondent Scott Pelley showed that the US has become decidedly less ambiguous in its commitment to Taiwan:

President Biden tells 60 Minutes that U.S. men and women would defend Taiwan in the event of a Chinese invasion. However, after our interview, a White House official told us that U.S. policy on Taiwan has not changed. https://t.co/ANg54LifSH pic.twitter.com/V5qjoqF36T

Here is a transcript of Biden's comments concerning Taiwan:

Pelley: What should Chinese President Xi [Jinping] know about your commitment to Taiwan?

Biden: We agree with what we signed onto a long time ago. There is one China Policy and Taiwan makes their own judgements about their independence. We are not moving, we are not encouraging their being independent. That’s their decision.

Pelley: But would U.S. forces defend the island?

Biden: Yes, if in fact there was an unprecedented attack.

Pelley: So unlike Ukraine, to be clear, sir. US forces, US men and women would defend Taiwan in the event of a Chinese invasion?

Although the White House clarified after that interview that the US policy towards Taiwan has not changed, the bipartisan Senate’s vote for the Taiwan Policy Act indicated that there is indeed a top-level consensus within the government that the US needs to forge a stronger ally with Taiwan. Lindsey Graham, a conservative US senator who recently visited Taiwan and voted for the new act in the Senate, stressed:

This legislation strengthens the relationship between the United States and Taiwan in terms of economic and military cooperation.

It is vital that we send a signal – not only to Taiwan, but also to China – that America stands firmly with our democratic ally Taiwan.

Taiwan welcomed the legislation as China’s economic sanctions and military drills in recent years, in particular after US House Speaker Nancy Pelosi visited Taiwan, have threatened the security of the Taiwanese people and upset peace in the Pacific region:

Thank you to the #US Senate Foreign Relations Committee for approving the Taiwan Policy Act of 2022 in a bipartisan vote. We in #Taiwan will continue to work closely with Congress & the Biden administration to deepen our ties & jointly uphold peace & prosperity in the region.

China deployed an unprecedented number of aircraft and naval vessels surrounding Taiwan during its week-long military drills in early August. It also fired missiles across the main island, which fell into Japan and the Philippines’ exclusive economic zones. Foreign policy analysts see the Taiwan Policy Act as a move to deter China’s aggression. Isaac Stone Fish, an Asia expert, shared such a view:

How do you deter China from invading Taiwan?
–Don't overextend the U.S. in Ukraine, which would signal to Beijing that the U.S. could be in a 2 front war.
–Show that the U.S. would defend Taiwan in the case of an attack.
–Publicly support Taiwan. https://t.co/TnS9wZQZH0

On the other hand, pro-China views, like Victor Gao, a Chinese Communist Party-affiliated academia described the Act as a “declaration of war”:

History will also record if the TPA, if adopted and enacted, will constitute a declaration of war by the US against China’s sovereignty and territorial integrity, and trigger a whole series of events which may completely and profoundly reshape the world…

In Taiwan, some commentators are also worried that the US legislation would provoke Beijing into taking more aggressive moves. But pro-Taiwan independent views, such as Chen Po-Wei, a former Taiwanese lawmaker, rebuked the idea:

Please be reminded: strengthening our security should not be viewed as a provocation. Both Taiwan and the US have done nothing to invade China and have no such intention. China is the war initiator who picks fights and instigates hostility. Taiwan is the defender, and those who accused Taiwan of being the instigator have ill intentions. They want to stop Taiwan from gaining strength. The cost of invasion would be lifted when we are strong. This would deter the enemy from making the aggressive move.

Unlike the outpouring of pro-Chinese nationalistic material that emerged during Nancy Pelosi’s Taiwan trip, as the US senate passed the draft of the Taiwan bill, Chinese online influencers repressed their nationalistic sentiments and refrained from making pro-war comments on Weibo. They merely described the bill's content and recited the official Chinese stand. Some complained that related discussions were repressed as key terms like #TaiwanPolicyAct did not appear in the search trending list.

Following the US Senate’s vote on Taiwan, the European Union Parliament also passed a resolution condemning China’s military aggression against Taiwan. The resolution stated that China’s provocative actions must have consequences on relations with the EU.