The wages are low and the hours are long 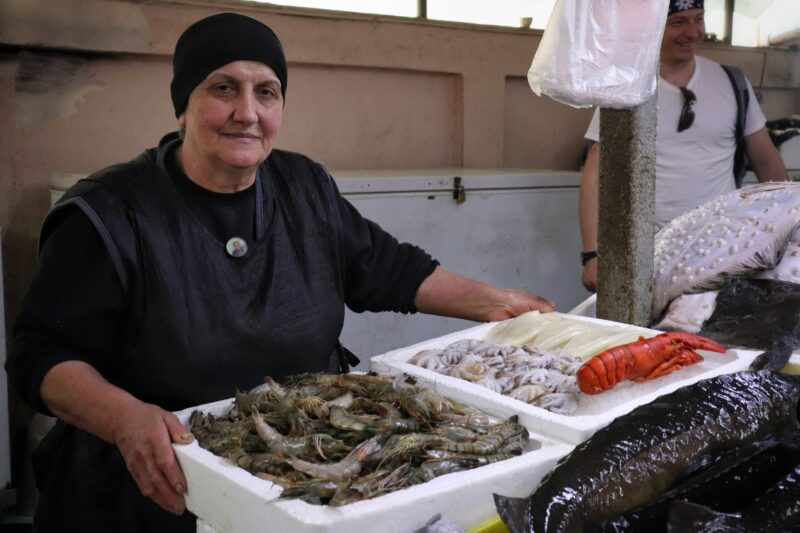 Women employed in the fishing industry in Georgia are usually informal workers, so there is scarce data on their incomes and contributions to the sector. But although these women's work is often invisible, it is essential. Most sort, clean, dry, and sell fish — all crucial work in the seafood supply chain. However, wage differences between men and women are still glaring: women need about three years of experience in the industry to earn the same as a man's starting salary.

The most invisible part of the industry is the preparation work before fishing, like weaving fishing nets.

Anthropologists have long studied the role of women in fishing, including how the work affects the mobility of women and men. In some cultures, men went to sea and had the opportunity to travel, while women stayed at home on land. Anthologists have started to question if staying on the land really means relinquishing power — a long-held belief. For example, in fishing communities, the fact that men spent long periods at sea reinforced women's dominance, power, and freedom in the so-called private sphere of the home. Here are some of the women working in this industry today.

In Tskaltsminda, a village in west Georgia, Nona stands by a covered shed on the highway in all weather and sells fish with about 12 other women. They leave at dawn each morning and often work 16-hour days. For older women, the physical burden is worse as long hours standing on the street take a toll.

The income is paltry here. It takes a lot of hard work to earn 10 GEL per day (roughly USD 3.5). You sacrifice your health, and you get worn out. 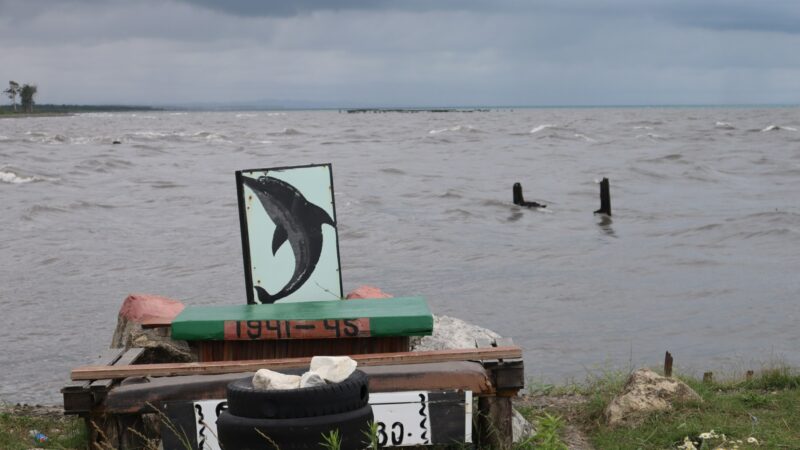 The Black Sea coast in Poti, near the lighthouse, where many of the women sell fish. Photo used with permission.

In addition to cleaning, processing, and selling fish, Lili, together with other fishermen, uses a net to remove the fish from the Black Sea near the villages of Ureki, Shekvetili, and Grigoleti and from the nearby Supsa and Natanebi rivers. She is an economist by profession, and she worked for the private and public sectors for years before she lost her job.

Times change, everything changes and I change too. Then you have to find some solution so you do not die of hunger.

Even though she works from morning till night with the other women, her income is small, so she also has to manage her family farm.

When men catch fish, they probably get paid a lot more, and they catch a lot of fish. However, they work in groups and have to share their income. And their wage is what?! They have so many expenses! They need to buy gas; they need to eat. Even if they catch 100 kilos of fish, it's nothing for 20 people. However, we all have some money left for food. We do not go hungry.

Iamze is 63 and has been working in fish production for 25 years. Now she owns and runs a fish shop with her sister and three other women. She has worked in various places, including the market in Kobuleti, another Black Sea town in Georgia’s Adjara region. Years ago, she even used to walk to houses in the community to sell fish from loaded storage boxes.

Then I put a table here, on the Maltakva Bridge, and covered it with a good cover so that it would dazzle the people as they passed. Anyone passing would see the fish and stop the car. I thought I had nothing else to do in Kobuleti as I would earn more money here. I used to buy and sell fresh fish from the fishermen's brigade. Then I made a counter near the bridge, covered it up, and continued working. Other women joined me, and the four of us started working together. Until we were told to move off the bridge. Other women returned to the market again, feeling discouraged. But I came here, closer to the water, and rented this building.

Now I get fresh fish from the fishermen and sell them. There is fish from the sea, as well as from Paliastomi Lake. We catch catfish, mullet, salmon and “barrabulka” (Black Sea mullus). We clean the fish as soon as we get them. Now I'm thinking about making a place where I can fry fish for customers so they can dine in a clean area by the water. I will also employ young women.

Iamze knows how difficult working in the market can be for women. The conditions are tough, the pay is low. She pays women she employs GEL 50 a day (roughly USD 17). When less fish is sold, it's GEL 30.