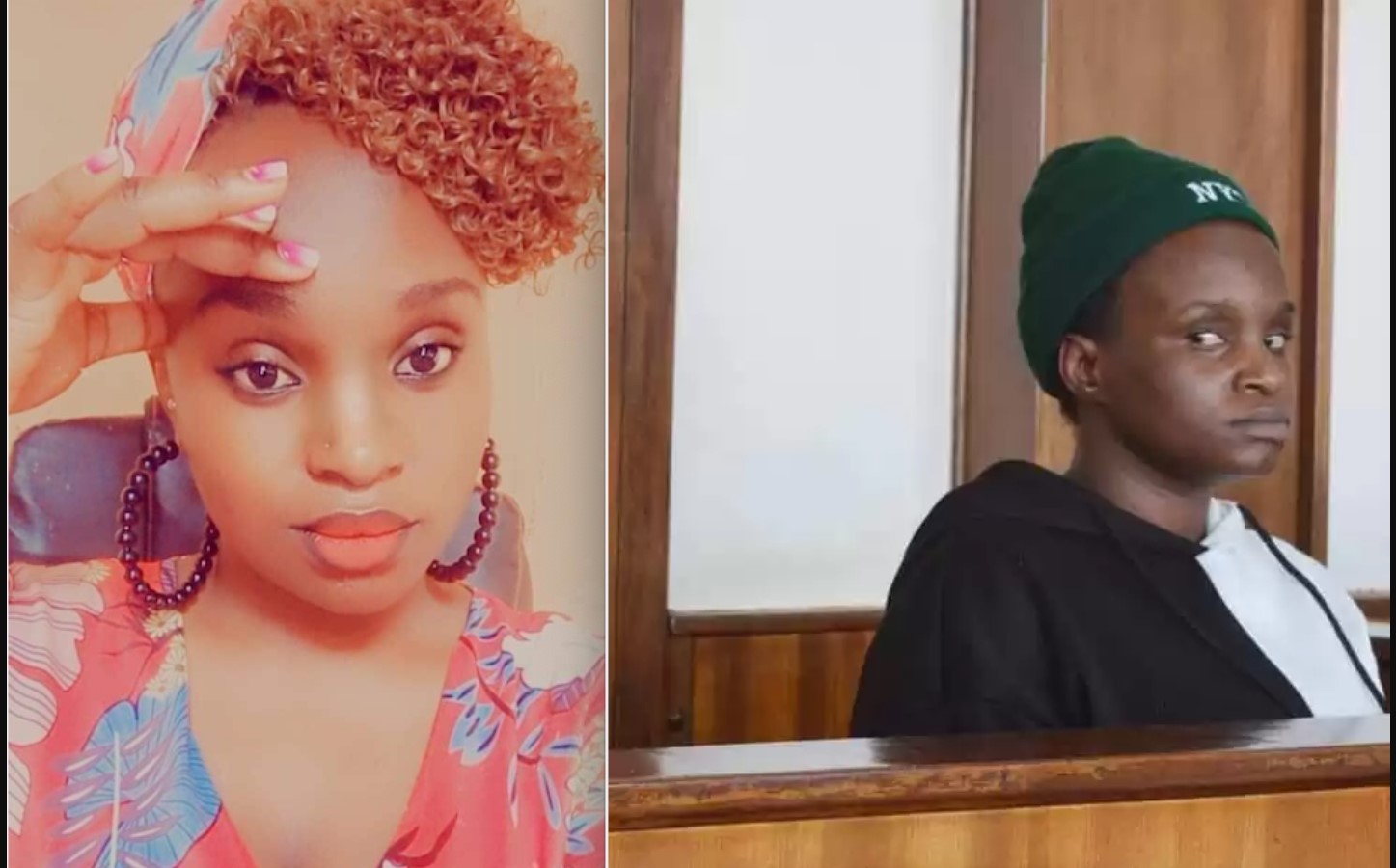 Screenshot [1] of Teddy Nalubowa in the dock (L) at a Chief Magistrate’s Court in Kampala, Uganda, where she was charged with offensive communication over her remarks about the death of former security minister.

General Elly Tumwine [3], Ugandan’s retired military officer and longest serving army representative in parliament died on August 25, 2022, in Kenya, from lung cancer. Tumwine’s death ignited public debate over his “double-edged legacy,” reports [1] Rey Ley, a blogger. Tumwine led troops that killed more than 50 civilians during protests which followed the arrest of opposition politician Robert Kyagulanyi Ssentamu (also known as Bobi Wine [4]) in 2020. As security minister, Tumwine told the media that “the police have a right to shoot you and kill you if you reach a certain level of violence. I can repeat: Police have a right to shoot and you die for nothing,” according to [5]The Monitor.

After thirteen days in detention, and with no legal representation, Nalubowa was arraigned before a Magistrate Court in Kampala where she was charged with offensive communication contrary to Section 25 of the Computer Misuse Act 2011. The TikToker will remain in prison until September 26 when her case comes up again in the court.

We must not let the dead continue to brutalize!

A 27-year-old Ugandan Teddy Nalubowa was charged with offensive communication contrary to the Computer Misuse Act 2011 and had no legal representation after spending more than 10 days in detention for celebrating Tumwine’s death. pic.twitter.com/1DvIrTWPWg [6]

However, Sections 24 [9] and 25 [10] of the 2011 act are problematic with their nebulous definition of “cyber harassment” and “offensive communication.” Cyber harassment, according to the act, means using “a computer” to make an “obscene, lewd, lascivious or indecent” overture (“request, suggestion or proposal”) or threatening “to inflict injury or physical harm” to a person or that person’s property, or “knowingly [permitting] any electronic communications device to be used for any of [these] purposes.” The punishment for cyber harassment is “a fine not exceeding seventy two currency points or imprisonment not exceeding three years or both.” Similarly, the 2011 act defined offensive communication as the “willful and repeated use of electronic communication to disturb or attempt to disturb the peace, quiet or right of privacy of any person with no purpose of legitimate communication whether or not a conversation ensues.” The punishment for this is “a fine not exceeding twenty four currency points or imprisonment not exceeding one year or both.”

Carrie Davis, of AfricanLII of the Department of Public Law, University of Cape Town, further states [11] that these two sections of the 2011 Act have been instrumental in cracking down on Ugandan dissidents and activists. In January 2022, Ugandan writer Kakwenza Rukirabashaija [12] was arraigned under the offensive communication clause of the 2011 Computer Misuse Act, after spending one month in detention, for writing that the president’s son was obese. Academic and writer Dr. Stella Nyanzi [13] was jailed [14] in 2018 for offensive Facebook posts in which she called the president “a pair of buttocks.”

READ MORE: Why a writer is on trial for calling Ugandan President Yoweri Museveni’s son obese [15]

On September 8, 2022, Uganda's parliament passed [16] the Computer Misuse (Amendment) Bill, 2022 which will replace the Computer Misuse Act, 2011. This new law seeks to enhance [17] the provisions on unauthorized data, while prohibiting the sharing of data relating to children without authorization from their parents or guardians. Adding to the list of offences for which people can be arbitrarily arrested.

However, the Collaboration on International ICT Policy in East and Southern Africa (CIPESA) described the Bill [18] as “a draconian law that criminalizes digital technologies and largely curtails digital rights”:

Among the key regressive provisions is the prohibition of the “misuse of social media”, described in clause 6 as publishing, distributing or sharing information prohibited under Uganda’s laws. A highly punitive penalty has been prescribed for the offence: imprisonment of up to five years, a fine of up to UGX 10 million (USD 2,619), or both. Other retrogressive provisions in the Computer Misuse (Amendment) Bill 2022 are prohibition of sending or sharing of unsolicited information through a computer, and prohibition of sending, sharing or transmitting of malicious information about or relating to any person.

Similarly, Ugandan lawyer Andrew Wandera affirmed [19]that the said bill is redundant because the 2019 Data Protection and Privacy Act “already cures the mischief that the Bill purports to cure.” The Data Protection and Privacy Act bars unauthorized access to personal information with prescribed punishment for any violation. The act equally criminalizes the sharing of information on children without parental approval. Consequently, the Computer Misuse (Amendment) Bill is only duplicating what is provided for under the act.

Sadly, this means that government is officially widening the net to crackdown on citizens like TikToker, Teddy Nalubowa, for merely expressing an opinion at variance to the official one.