An estate under siege: How the press in Zimbabwe is being gagged

Several have faced physical harm for doing their jobs 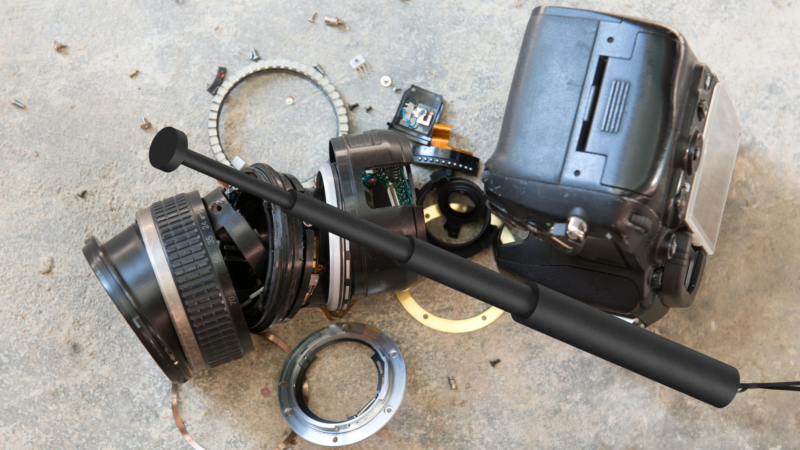 Global Voices Advox research reveals mounting tension between government narratives of press freedom and closing space for press freedom in Zimbabwe. Inevitably, independent media journalists are increasingly getting caught up in the struggle for dominance over national discourse. According to the World Press Freedom rankings, Zimbabwe’s position went down 7 points to 137 in 2022, as compared to 2021.

Toe the line or abandon ship

Section 61 of Zimbabwe’s constitution provides for freedom of expression and freedom of the media, while Section 44 imposes an obligation on the state and every agency of the government to respect, protect, promote and fulfil the rights and freedoms set out in the charter. However, current events, particularly relating to the treatment of the press and alternative voices, show that constitutional adherence is low. The country’s political environment is increasingly becoming toxic for journalists as both the state and opposition parties have acted as predators of press freedom. Journalists are caught up in the crosshairs of a strategic battle to churn out narratives acceptable to either the state or opposition parties. The existence of a vibrant social media landscape has not made the situation any easier, leaving the press in a precarious position.

Following his election into office in 2018, President Emmerson Mnangagwa promised a departure from the totalitarian politics of the late Robert Mugabe, including sweeping institutional and media reforms. This process was supposed to involve strict adherence to the constitution, as well as state and legislative reforms as part of the new “Zimbabwe is Open for Business” mantra. Yet journalists from the public media have been threatened after attending opposition party rallies, while at the same time a few incidents have been reported of opposition party Citizen’s Coalition for Change leaders’ security assaulting journalists at some of these rallies.

In an email interview with Global Voices, World Politics Professor at the School of Oriental and African Studies Professor Stephan Chan points out that there is significant tension ahead of the 2023 elections and the government is aware its economic policies are not working. “The opposition is very wary of playing its hand too soon and both sides are suspicious of, in particular investigative journalism,” he said. With a relatively high internet penetration rate, where 30.6 percent of the population had internet access as at January 2022, the government remains alert to the fact that more people have access to news and information via digital platforms. Chan argues that the government knows that it cannot curtail such access all the time, which is why it resorts to surveillance of journalists. “So, its surveillance is very much centred on those journalists who attract a following. In this sense, although there is widespread surveillance, targeting is highly specific,” he said.

The Civic Media Observatory (CMO) is an investigative research method used to identify and track crucial narrative frames and themes that develop with regard to events and trends, taking into account the context and subtext of media. Evidence gathered from the Zimbabwe CMO data suggests that state affiliated actors are the biggest perpetrators of press freedom violations, ranging from arbitrary arrests, detention over frivolous charges to, at times, physical assault.

On August 17, 2021, Gweru based journalist Elizabeth Mashiri had a nasty run in with police after filming clashes between street vendors and law enforcement in the Midlands city. Similarly, on July 7, 2022 journalist Anyway Yotamu, was assaulted by police for filming altercations between police and vendors on the streets of Harare, arrested and detained. Finally, on  June 4, 2022, freelance journalist Simbarashe Sithole was threatened with assault by a political activist after he published two articles about alleged corruption in Home Affairs Minister Kazembe Kazembe’s constituency. On June 24, 2020, two journalists, Leopold Munhende and Munashe Chokodza were stopped and brutally assaulted by some six soldiers for apparently violating COVID-19 movement regulations.

These attacks, among a series of other incidents, reveal the press walks a precarious line between national security and the professional obligation to report truthfully on issues that happen in Zimbabwe. This is juxtaposed with the narrative of peace and prosperity that the government wants journalists operating in the country to propagate, as the Information minister Monica Mutsvangwa has previously called on journalists to promote the country’s image.

A requiem for the media?

In an interview, political analyst Vivid Gwede told Global Voices that the upsurge in attacks on the press are indicative of a generalised trend of closure of the democratic space since the 2018 elections.

“There has been an attack on freedom of speech and assembly including banning of protest in order to silence dissenting voices especially as economic challenges, such as hyperinflation, mount as the 2023 elections approach. Because the press is key to holding the government accountable, it is being targeted,” he said.

Gwede notes that, since online spaces are generally recognised as having the potential to threaten stability and security all over the world, Zimbabwe has used security and stability narratives to restrict constitutional rights such as freedom of expression and freedom of the media. He posits that restricting press freedom will affect the quality of elections in the country, and low media freedom rankings have a negative impact on good governance.

“This is because the press should be able to freely report and inform society on key issues such as human rights and corruption which have a bearing on good governance, accountability and democracy,” Gwede affirmed.

A key research question is whether it is just the use of digital platforms in news delivery and mass communication that now poses an existential threat to traditional state narratives or whether there are other factors that researchers should be thinking about.

Gwede argues that digital technology has disrupted the state’s traditional monopoly over information and this has meant that the state’s narratives about society are increasingly being challenged and disputed through the digital space.

“In fact, citizens and the media now have a greater ability to shape new narratives and counter narratives about society, or revisit marginalised views in competition with or outside the state apparatus,” he said.

For now, journalists in Zimbabwe have to endure the complex and pervasive dangerous terrain of news reporting in the country.