Peri Banu recently relocated to Georgia from her native Azerbaijan. 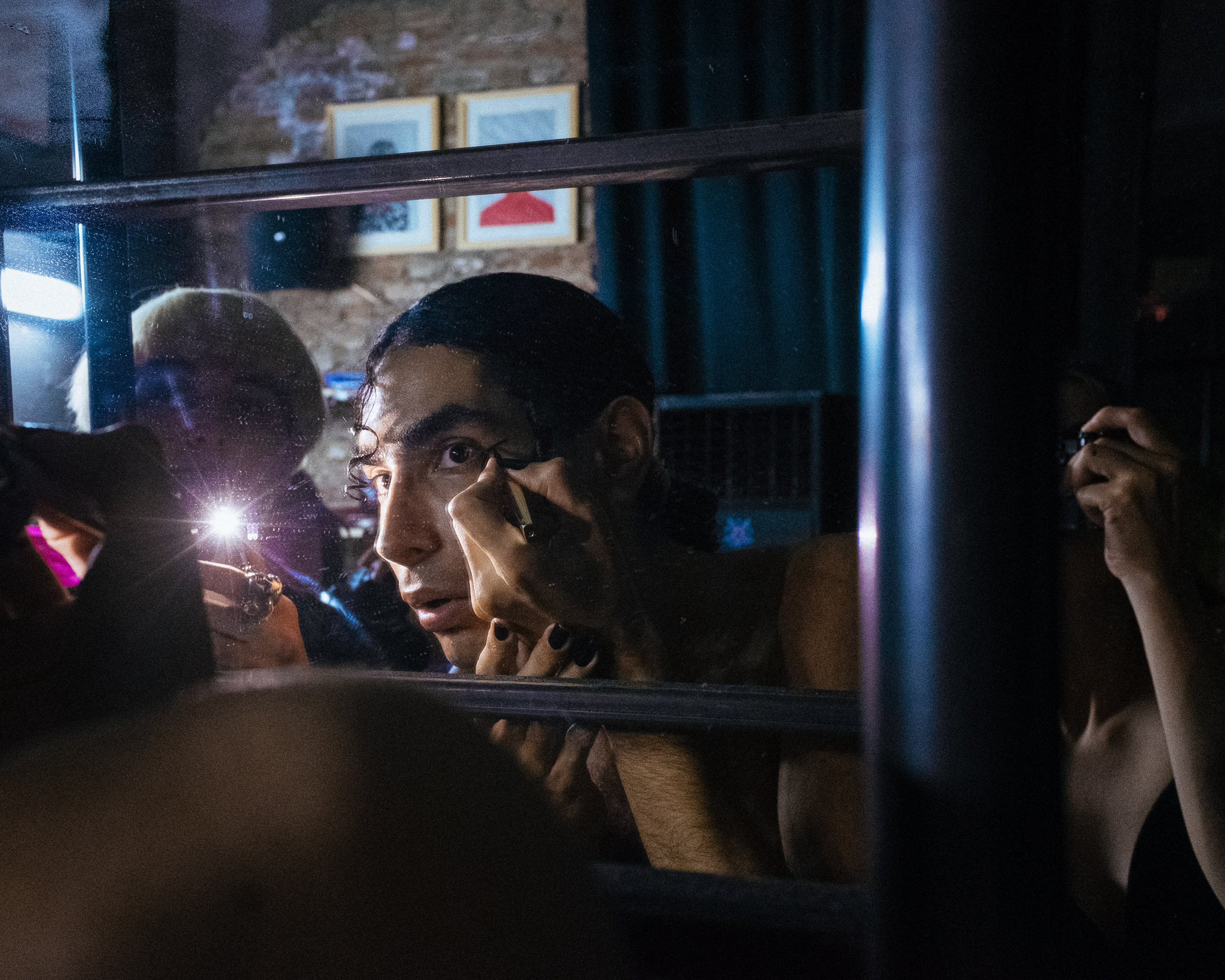 In recent years, dozens of queer Azerbaijani citizens have fled their homeland due to persecution for who they are. There are no official statistics on LGBTQ+ people leaving Azerbaijan, however anecdotal evidence indicates they seek safety in countries near and far.

Pari Banu (she/they), a queer activist and artist, is one of those who recently resettled in Tbilisi, in the neighboring country of Georgia. A visual artist and performer, Banu experiments with photography, performance, video, sound, and fashion to talk about issues such as identity, violence, and transformation.

People always tell you, “You have a penis. Act like a man!” or “You have a vagina. Behave like a woman!” But I have always been curious about what it means to be a man or to be a woman. Isn't it simply possible to move away from this primitive binary stuff? Does it really matter if somebody has a penis but they are effeminate and caring, or if you have a vagina but you are masculine and dominant? When I was a child, I passionately loved to put on makeup, wear a shirt, and perform belly dance. However, my parents were extremely strict about it, especially my father. But I've always had a brave personality. Then, I got punished for doing it. So I always just asked myself… Why? Is femininity a curse for a boy? And now, I found the answer… My absolute emancipation has always frightened others!

Banu comes from a conservative family who considered even a floral tote bag an issue. They would say things like, “the neighbors will see you, what will they say? It is so shameful!” recalled Banu in her conversation with Chaikhana Media.

After reaching the age of compulsory military service, Banu's mother convinced her that she must serve. But her military service was defined by terror and depression. In addition to hazing and bullying, soldiers tried persuading her to have sex. When she refused, they would punish her by locking her in the toilets and storage facilities and beating her at night. One of the soldiers threatened to find her after she left the army and kill her.

Banu told Chaikhana Media her mother tried convincing her to marry a girl. But despite Banu's attempts to explain that it would only hurt more people, her mother was more concerned about what others would say. Banu decided to leave her parents’ house and move to Tbilisi in neighboring Georgia, where she hoped no one would pressure her just because of who she is. She recorded her struggles with her identity and her family through diary entries:

The move was not easy. Banu had to switch apartments multiple times until she found a kind landlord and the two became friends. She feels less lonely in the city now. Finding employment has also not been easy. Banu does not speak Georgian, which makes it harder, but she eventually had some luck.