Carving a path for LGBTQ+ people through shame, homophobic violence, and bans

An interview with an LGBTQ+ activist from Kazakhstan 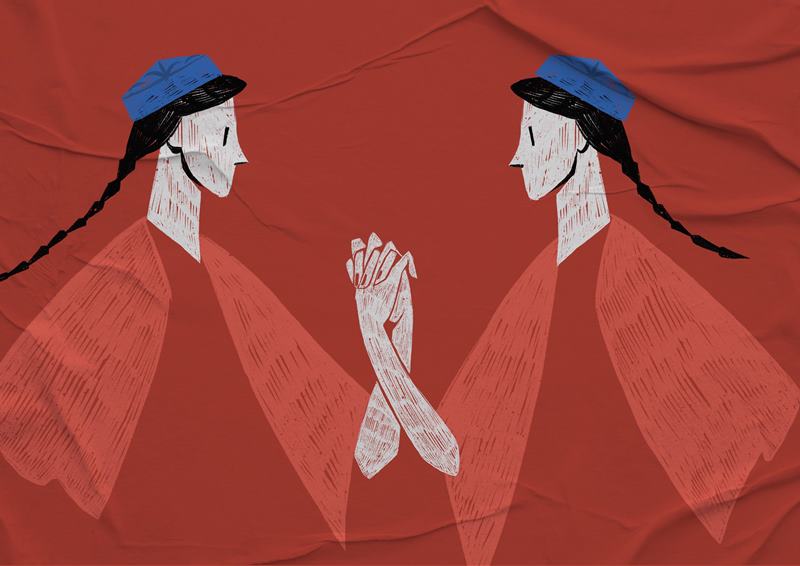 July, normally the idlest month in Kazakhstan, was marked by the hasty banning of the animated movie “Lightyear,” the sequel to Walt Disney’s and Pixar’s famous “Toy Story” series, disappointing tens of thousands of kids and alarming even greater numbers of adults. The movie was banned by Kazakh officials following a petition initiated by Nurtas Adambay, a former actor primarily known for his cross-dressing roles and now a self-proclaimed Islamic moralist, for a same-sex kiss of two animated characters. Amid this homophopic crusade that instigated heated online debates, Global Voices had the chance to chat with Amir Shaikezhanov, the founder of Safe Space Almaty, an LGBTQ+ community center, and the project director on the HIV self-testing project for MSM and transgender persons at a regional health organization.

When asked about the narrow focus of his HIV prevention project he notes:

Epidemiologically, for any infection there are certain specific ways of transmission, and the overlapping risks might be higher for certain groups. As far as HIV is concerned, we can talk about people who inject drugs, for instance, as the process directly intervenes the bloodstream, sex workers, due to the fluidity of sexual partners, many of which are eager to pay extra money for unprotected sex, or men having sexual contact with men, as they rarely use barrier contraceptives to protect themselves, since pregnancy is out of the picture. It also concerns transgender people, especially transgender women, due to sexual practices or the fact that many of them are involved in sex work. Therefore, we currently have to work with these groups.

The Joint United Nations Programme on HIV and AIDS (UNAIDS) estimates there are about 35,000 people living with HIV in Kazakhstan, 60 percent of whom are men.

There is the problem of stigma for these groups, both social stigma and self-stigma. The HIV stigma is itself a widespread one, but when you add to it self-stigma, it becomes even more sensitive, as it is one thing to stigmatize others for drug use or behavior, but a different thing when it concerns your own identity, especially since it is not easy to diversify yourself from your sexuality. Thus, having an HIV test in case of certain risks or suspected symptoms often requires bravery, especially in countries like ours, where the patterns of male socialization can consider visiting a doctor as a sign of weakness. 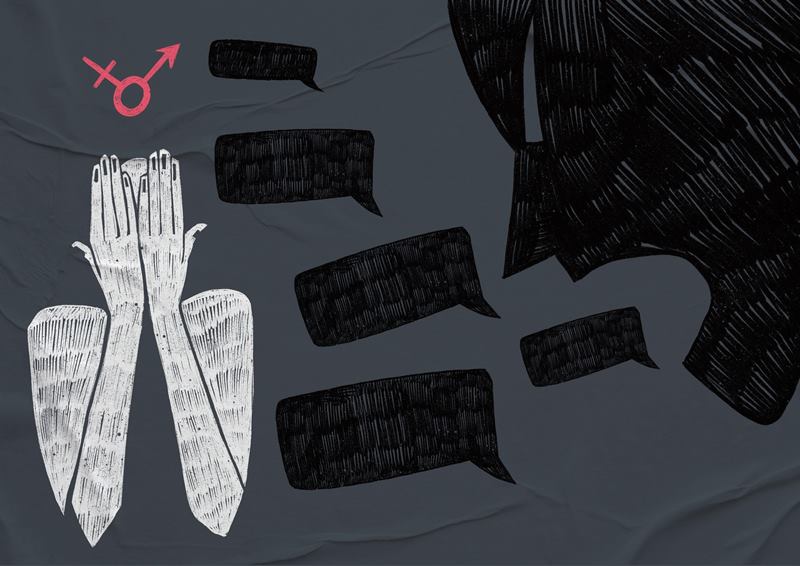 When asked about changes in our society, whether positive or negative, he seems to have a somehow optimistic vision:

I would say that I see a common trend, which is the mobilization of various civic groups, including the LGBTQI+. We witness the emergence of visibility of certain groups, who appeal to those in charge of decision-making: “Here we are. We have certain problems and we want solutions.”

I would also say that the discussions between various groups are definitely increasing, which is again related to the increasing visibility of certain groups, plus the appeals to violent actions targeting these groups seem to diminish, as far as groups calling to beat up or kill sexual minorities, feminists, and others are concerned.

When asked about the reasons for the relative drop of calls for violence, he adds:

Probably the most important reason, is the fact that people in general started to react less aggressively to certain phenomena, and the recurrent social discussions should have played a constructive role. They are aware of the existence of the LGBTQI+, habituate themselves to this fact, even if they prefer not to get in contact with them in their lives. This is how visibility works: if some were ready to chop heads some time ago, now their hatred rarely induces them to act. This in no way diminishes the fact that aggression and violence exist, people are attacked, killed, harassed, and most of these cases we might not be aware of, as victims often hesitate to report.

Unfortunately, mob violence against members of feminist or LGBTQ+ rights organizations have became a recurring affair in recent years. In 2021 alone two gatherings of the feminist group Feminita in Shymkent and Qaraghandy were attacked by violent men, some shouting “Kill them!”

When asked about the internet, social media, and the virtual world response, Shaikezhanov said:

Social media also plays a vital role in exposing diversity and visibility, providing, at the same time, a common space where all those disputes and quarrels were transferred. Social media presents a relatively safer environment where people can express their views and involve themselves in discussions, although it is not exempt from abuse and bullying. On social media, at least you can suspend or delete your account and there are ways to distance yourself from that environment, although it might not be so easy as we are too much into it. 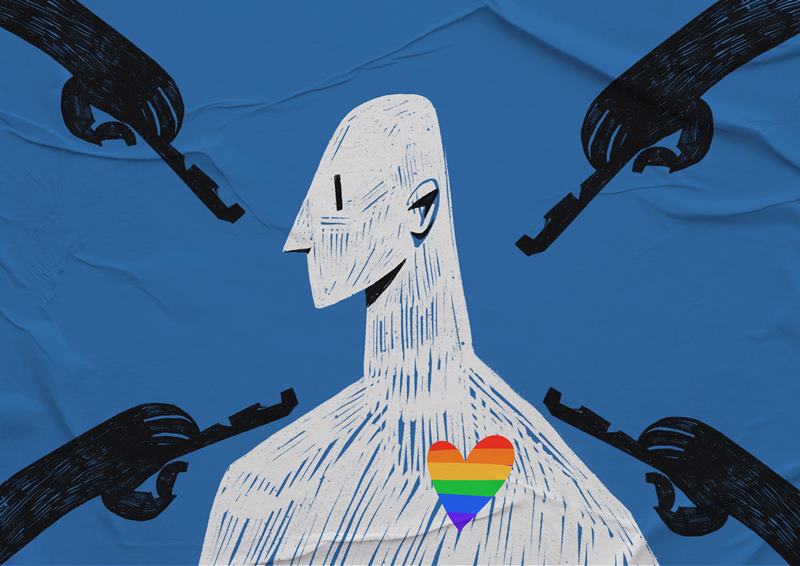 But in Kazakhstan, quoting Dom Toretto from “Fast & Furious,” we don’t have friends, we have family.

It all depends on social strata, education and prosperity, but if previously there was no doubt that coming out about one’s sexuality to the family was a bad idea with painful outcomes, now there are many cases when this is not like that. This makes us think that either we were wrong about our families or things are slowly getting better. I personally think that things definitely got better now as many parents and children have access to information, role models, a context for discussion, and visibility, since social media allows us to see different people. Overall, it is a sign of development, a way towards a healthier attitude, as I know many families where a parent, or both parents, either accepts their children the way they are or at least makes an effort towards acceptance. On the other hand, there are cases when parents kick their children out of the house or, on the contrary, lock them inside, many suffer from violence, including sexualized violence, and these are, unfortunately, far from being rare.

Indeed, we have a horrible record of anti-LGBTQ+ violence, which is rarely prosecuted.

I would say that in any case the situation is better now, as some aspects of it are finally being institutionalized. Before, there was no place to go, while now activists made the police or the persecutors react to violations, although there is still a lot of prejudice and denigration towards LGBTQI+ among the police. There are also NGOs, human rights organizations or activists outside LGBTQI+ that support victims and guide the police, and they are essential in at least registering legal cases involving LGBTQI+ people. Although the legal outcomes of the cases might be unexpected, it is vital that the legal complaints get registered and criminal cases initiated, so that they could later be traced or covered in media reports.

One thing that came into my mind recently is the fact that there is a constant urge to impose on us as a nation, in general, and LGBTQI+, in particular, the feeling of “ұят” [ed. shame in Kazakh], regarding who we are and how we should live. Lately — and it’s all thanks to activist movements — people lean towards embracing dignity and pride for what they are. Being “Kazakh” and being “gay” seemed to be mutually exclusive, but we slowly become aware of our rights, our self-worth. People who embrace and trust their identities and inner values are those who cannot be broken in any system, and it’s not only about sexuality, but also about those who stand up for their ideas and beliefs regardless of circumstances.