While US Embassy responded to criticism, the French have not 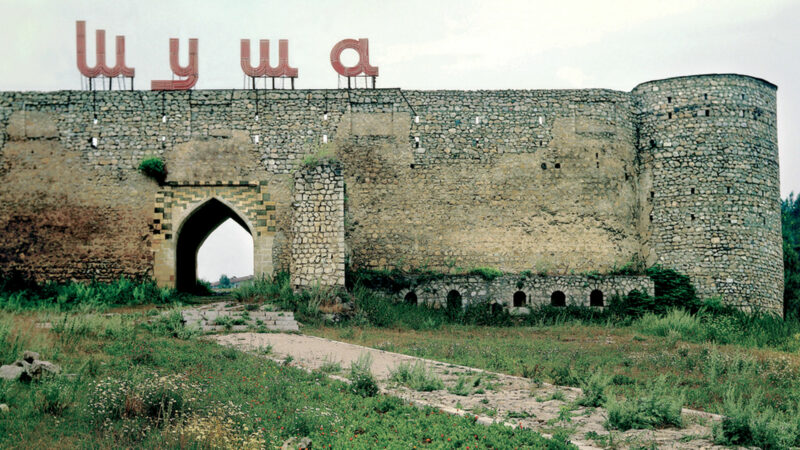 Image from the Presidential Administration of Azerbaijan. Shared under Creative Commons Attribution 4.0 International.

On August 27, representatives of almost all foreign embassies in Azerbaijan, as well as other international guests, attended a state-sponsored conference in Shusha, the city that was regained following the 44-day war Armenia and Azerbaijan fought in 2020. The event was dedicated to the “restoration and reconstruction” of territories Azerbaijan regained after the war. But the absence of US and French diplomats at the event seem to have irritated the authorities.

President Ilham Aliyev's chief foreign policy advisor, Hikmet Hajiyev pointed fingers and accused the two countries of disrespecting Azerbaijan's territorial integrity in an interview with reporters after the event. One news report went as far as to accuse “some” of failing to stand by Azerbaijan, according to Eurasianet reporting.

According to Anar Mammadli, human rights advocate and founder of the Election Monitoring and Democracy Studies Centre (EMDS), the president's anger was misplaced. In a lengthy Facebook post, Mammadli wrote the August 27 event and similar visits “have one goal — to raise ratings for the ruling political elite.”

Another Azerbaijani human rights activist, Bakhtiyar Hajiyev, told Azadliq Radio, Radio Liberty Azerbaijan Service, it was “incorrect” to describe the absence of the French and American diplomats as disrespectful. Hajiyev told Radio Liberty that just last month, President Ilham Aliyev wrote a letter to President Biden on the occasion of United State's Independence Day expressing gratitude to its American counterpart for having supported the sovereignty and the territorial integrity of Azerbaijan since the country's first days of independence.

Jamil Hasanli, an Azerbaijani politician also described Hajiyev's statements about US and France as “fundamentally wrong” in a Facebook post.

It is fundamentally wrong to associate respect for territorial integrity with foreign ambassadors’ participation in events. They have no such obligation.

In an interview with Turan News Agency, former US Ambassador to Azerbaijan, Richard Kauzlarich said, if he was the current ambassador, he too would not have attended this event until there was a final peace treaty signed between Armenia and Azerbaijan. “I would have traveled there, anytime based on personal choice, and not because I was ‘invited,'” Kauzlarich said. Otherwise, the goal of such visits is just a photo-op, the former Ambassador said.

At the end of the visit, Hajiyev shared the following family photo:

Shusha trip of diplomatic corps with resident and non-resident Ambassadors and diplomats ended with family photo in front of Shusha fortress. pic.twitter.com/Lg8w46J6sf

The Nagorno-Karabakh area has been under the control of its ethnic Armenian population as a self-declared state since a war fought in the early 1990s, which ended with a ceasefire and Armenian military victory in 1994. In the aftermath of the first war, a new, internationally unrecognized, de facto Nagorno-Karabakh Republic was established. Seven adjacent regions were occupied by the Armenian forces. As a result of that war, “more than a million people had been forced from their homes: Azerbaijanis fled Armenia, Nagorno-Karabakh, and the adjacent territories, while Armenians left homes in Azerbaijan,” according to the International Crisis Group, an independent organization that works to prevent wars and shape policies.

Following the second Karabakh war in 2020, Azerbaijan regained control over much of the previously occupied seven regions. Azerbaijan also captured one-third of Karabakh itself during the war.

Since the signed November 2020 agreement, there have been multiple reports of ceasefire violations, with each side blaming the other for flare-ups. In March, the Azerbaijani army seized control over a strategic village Farrukh, in the east of Karabakh, protected by the Russian peacekeepers. The most recent tensions were reported in August when Azerbaijan took over other strategic heights following an operation dubbed “Revenge.”

In the meantime, the US Embassy responded to the criticism leveled against their government. “The United States firmly believes that it is through continued dialogue, continued engagement, including at the highest levels, we can do everything possible to help achieve a long-lasting and comprehensive peace. As we said previously, there is no greater supporter of Azerbaijan's independence and sovereignty than the United States of America,” read the written statement in response to a Voice of America Azerbaijan Service query.
At the time of writing this story, the French embassy had not released any official statements regarding the event or their absence.
Others like Ahmed Alili, a political commentator, said the frustrations expressed by Azerbaijan may be linked to the OSCE Minsk Group and the recent appointment of a new US co-chair, Philip Reeker, on August 24.
The OSCE Minsk Group (the Minsk Group of the Organization for Security and Co-operation in Europe) was established in 1994 as a forum for negotiations toward a peaceful settlement between Armenia and Azerbaijan following the first Karabakh war. Its co-chairs consist of Russia, the United States, and France. Over the years, the institution's effectiveness became a heated debate, peaking in 2020, when president Ilham Aliyev declared the Minsk Group “dead.”
Azerbaijan considers the OSCE Minsk Group ineffective and views these attempts as “resuscitation.”

❗️Attempts to “resuscitate” the de-facto non-functioning Minsk Group may result the #USA to be estranged from the process of normalization of #Azerbaijan-#Armenia relations. Karabakh conflict has been resolved & Karabakh is an integral part of Azerbaijan 🇦🇿. @StateDept

Alili, speaking to Turan News Agency, said the US appointing a new representative to the Minsk Group is akin to its attempts to “reanimate” the institution that was sidelined during the second Karabakh war.

One important detail Hajiyev left out while criticizing the foreign diplomats was that the US ambassador's mission to Azerbaijan ended (as of August 2, Hugo Guevara was appointed the new charge d'affaires until the new ambassador Mark W. Libby takes office) while the mandate of French ambassador is also coming to an end and the current ambassador was not in the country during the collective visit to Shusha.