His deep baritone was synonymous with morning radio 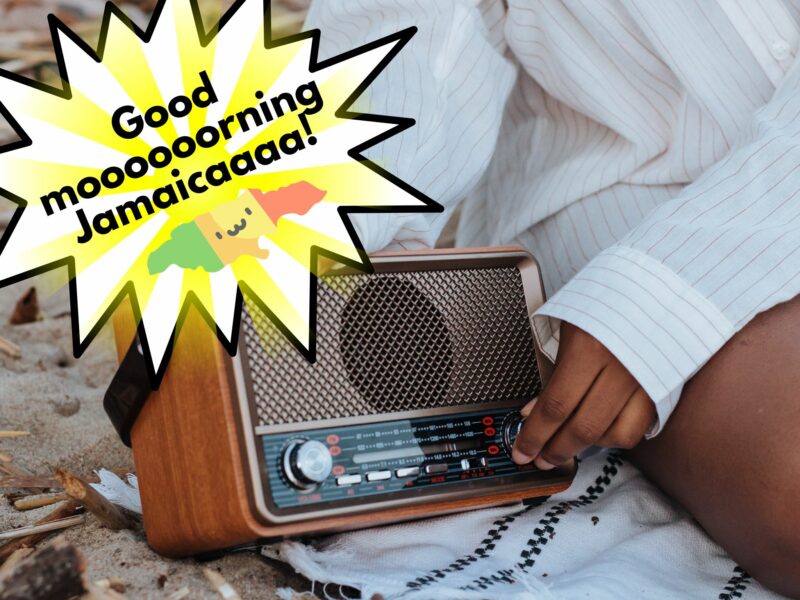 Jamaicans will no longer wake up to the rallying cry, “Good mooooooorning Jamaicaaaaa!” Sometimes, voices on the radio become part of people's everyday routines, and the voice of François St. Juste, filled with energy, optimism, and good humour, every weekday morning, was like that. The veteran broadcaster passed away on August 29 at the University Hospital of the West Indies in Kingston, at the age of 60. The cause of death has not been disclosed, but he had reportedly been ailing for a few weeks.

Up to the time of his illness, St. Juste had been co-hosting Radio Jamaica’s (RJR) morning show “Sunny Side Up” with Paula-Anne Porter Jones; the duo had been colleagues for the past five years. Porter Jones tweeted a photograph of them in happier times:

Having heard the shocking news, one broadcaster broke down while reading the midday news. Her colleague shared:

President of the Press Association of Jamaica George Davis described St. Juste as a “natural,” with the “consummate radio voice”:

For years, thousands of Jamaicans woke up to François’s signature call ‘Good Moooorning Jamaica!!!!’ which sent them out into the world with a smile on their faces […] His deep baritone was synonymous with morning radio, and his reminder that ‘It’s Friiiiiiidddaaaaay!’ signaled the start of the week-end.

Many Jamaicans, including myself, were deeply saddened this morning following news of the passing of the much loved and admired radio and media personality, Francois St. Juste.

Francois brightened every space he occupied and was very easy to love. pic.twitter.com/D2fzGHrjjs

JA is saddened by the passing of veteran broadcaster & radio personality Francois St Juste. I always enjoyed listening to Francois on Fame FM, with the humour & joy he brought to the airwaves. He made an indelible mark on JA’s media & we give thanks for his life. Walk Good! 🕊 https://t.co/srkfOjOBt5

Even the Jamaica Constabulary Force shared its appreciation:

The Constabulary’s Corporate Communications Unit is deeply saddened by the passing of veteran broadcaster Francois St. Juste. Our many partnerships have strengthened communication in the Constabulary. pic.twitter.com/0CvsbvUeOy

Jamaicans from all walks of life flooded social media with their thoughts on what St. Juste’s familiar voice meant to them. One listener commented that she had expected to hear him that Monday morning:

I tuned in every mrning & especially this morning, I said to myself, oh Francois will be returning to wrk tday as he hs been out fr 2 weeks. I wld listen to Francois all day, because of his wit,knowledge,wisdom & most of all his antics,his Spanish class sessions come to mind.😀😀😀

One former broadcast journalist commented in a Twitter thread filled with memories and lively photographs:

Since we grew up with him, we perhaps took his talent for granted, but reflection will tell us that we've just lost one of Jamaica’s last true old school DJs, the eloquently loquacious, charismatic, larger-than-life, big voice and bigger on-air persona of a bygone era in radio.🧵 pic.twitter.com/YLzm0G5w1Y

This is how I will remember you! Bursting through the radio waves all across Jamaica. Waking us up, giving us that bite of energy that we needed to get up and go! RIP the late GREAT FRANCOIS ST JUSTE 🕊. You have been a blessing ❤️🙏🏼. pic.twitter.com/5JgMqmaQrJ

A leading member of the Anglican church community tweeted:

Never met him in person. But he and @Paulaanneja were in my house every day. My lasting memory of him was “ help me understand this a little bit more”. God created us that we might worship him and enjoy Him forever – A.W. Tozer. For Francois,forever began today! @emilymshields pic.twitter.com/J2hFLQpkJz

Born on January 24, 1962, to Marguerite St. Juste, who worked in media, and Franklyn “Chappie” St. Juste, a well-known Caribbean film and video producer, he was both a witty commentator and a canny interviewer. In 1987, when he was just 25, St. Juste received the Caribbean Media Award for his programme “François Goes the Distance,” in the category of services to the community. A broadcaster for over 30 years, he became a leading voice on Fame FM, where he began working as a student over the summer holidays. He went on to host the station's morning show, and became programme manager and executive producer in 1996. He also held the position of general manager for Radio Services at the RJR Group, which owns the station.

St. Juste had actually studied Physics at the University of the West Indies in Kingston, but his love of music took over after he and some friends started a sound system on campus. Their first radio appearance was on a Saturday night show called “Discomania.” Disc jockeys and other members of the entertainment industry expressed sadness at his passing.

Hours have passed and I am still in shock.

I remember walking home when I got the call from you. That day changed the course of my life forever.

You were a great mentor. You encouraged me. You believed in me. You were a column.

I have dried my tears and they have come back. pic.twitter.com/d6C3r8ADYD

Today was a heavy day – Francois St Juste passes. 4 decades of his life to Jamaican media. He loved the craft, he enjoyed his task & was FUN to be around. He touched the lives of so many. Listen to the careers started and the skills enhanced because of him. RIP Francois. RIP

Information Minister Robert Morgan, a former journalist himself, commented in an interview with the Jamaica Observer:

One of the things that is so wonderful about François is the amount of people, young people, that he believed in, and you see it all over, people who have gone through his tutelage, who he has worked with, and many of them have gone on from strength to strength.

Minister Morgan also tweeted a delightful photo of St. Juste in the studio:

When I was going the primary school, I looked forward to that 7:15 gooood morning Jamaica.

It was my first introduction to Francois St Juste

Then I met the man while working at RJR.

The biggest personality on radio and a most engaging gentleman.

In a 2020 interview, St. Juste shared his thoughts on the place of radio in today’s digital media world:

Radio is still here, because it has a purpose and it will continue to serve that purpose. However, it’s a fact — times are changing […] The way people consume is in fact changing […] We have to figure out how radio manipulates itself and evolves in the changing times that we have to deal with.

A powerhouse in Jamaican radio, St. Juste’s legacy is robust and will likely carry the ever-popular medium into the future. Meanwhile, his cheerful energy and sheer zest for living will be deeply missed.