An interview with Jahan Taganova 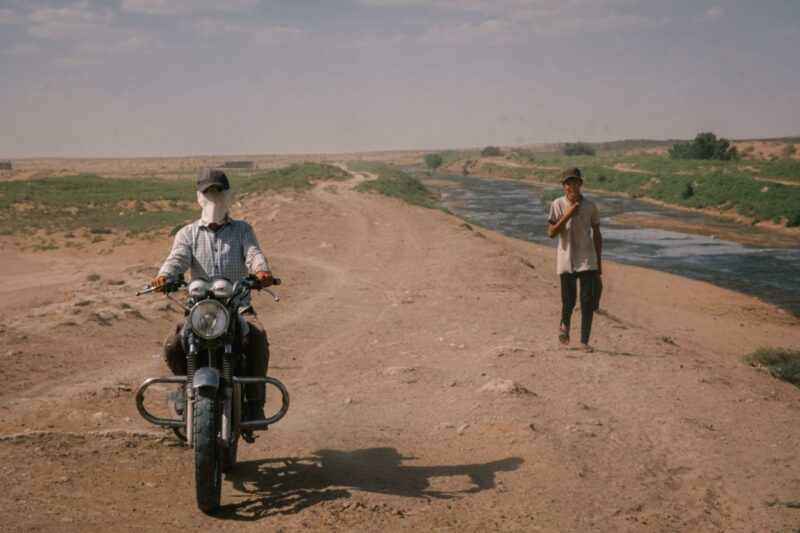 Residents of the Yandakly village, Turkmenistan. Photo by Erkin Yazov, used with permission

Originally from the Central Asian nation Turkmenistan, Jahan Taganova is a One Young World Peace Ambassador and water diplomat. Central Asia has experienced drastic change and upheaval in recent years — turmoil that has driven Jahan's passion for peace and stability, equity, human rights, and working collaboratively across cultures to build a more sustainable world. Led by her growing dedication to these topics, she graduated from the Water Cooperation and Diplomacy program in 2020 and has been publishing research papers and analytical reflections for think-tank platforms since then. Her research interests lie at the intersection of water governance, integrated water resources management, climate, and social justice.

Global Voices talked with her about her fascination with water and her childhood in Turkmenistan, a landlocked Central Asian country where 80 percent of the territory is covered with desert. Water is naturally scarce in this arid region.

Jahan Taganova (JT): I remember well traveling long distances to fetch water for our daily needs during frequent water shortages and rationed water supply. Experiencing water scarcity was also a gift because it helped me develop a deep reverence and regard for water and its role in our  life.When I moved to Kyrgyzstan at age 16 for higher education, I found myself at a place with abundant water for the first time. Later, at the American University in Bulgaria I started thoroughly studying the ecological disaster of the Aral Sea, which started depleting due to a massive failure of irrigation projects during Soviet times. Thus, I was naturally drawn to explore the role of water in our collective experience and the connection of water flows to cultures, histories and religions of the people. This fascination and curiosity led me to pursue a unique joint-degree graduate program in Water Cooperation and Diplomacy, which further equipped me with a thorough understanding of water conflict and methodological tools to help transform water resource management.

Zhar Zardykahn (ZZ): Besides being a source of life, water has been a matter of lingering conflicts and confrontations in Central Asia for the last three decades, particularly in the Ferghana valley. Just over a year ago, the Kyrgyz-Tajik border conflict unfolded, instigated by the clashes over water access, which left dozens killed. So, what are the roots?

JT: Indeed, since the collapse of the Soviet Union, water remains a major cause of tension among Central Asian states. During Soviet times, water and energy exchange between the five Central Asian republics were centrally planned, where water rich upstream countries (Tajik SSR and Kyrgyz SSR) would exchange water with energy rich downstream countries (Turkmen SSR, Uzbek SSR, and Kazakh SSR). After the collapse of the USSR in 1991, the centrally planned water and energy management systems started transforming into market-oriented approaches, as the watercourses, which once were domestic, became transboundary. 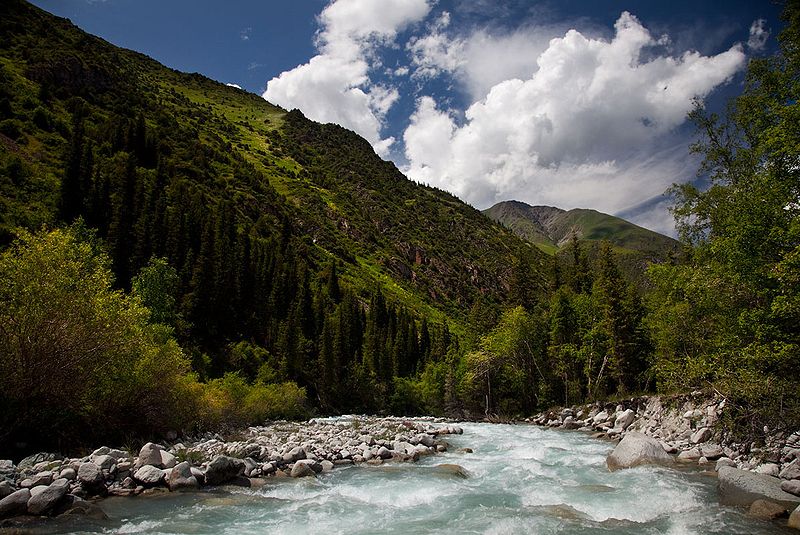 Ala-Archa river in Chuy region, Kyrgyzstan. Photo by Vitaliknyc via Wikimedia (CC BY 3.0)

JT: As a result of upstream hydro-energy and downstream fuel-produced energy price differences, energy allocation became a source of tensions between the countries. The tensions, caused by the price differences between hydro-energy and fuel-energy, were further exacerbated by the desire of Tajikistan and Kyrgyzstan to build upstream hydropower dams. This proposal provoked harsh responses from downstream countries, which need water for irrigation, so that Islam Karimov, the then president of Uzbekistan, even envisaged war as an outcome of the conflict. However, while the world was expecting “water wars” in the region, power cuts and rising energy prices led, among other things, to the violent overthrow of Kyrgyz president Kurmanbek Bakiyev in 2010.

ZZ: As water appears so vital, yet so scarce in the region, what are the prospects of conflict or cooperation?

JT: Water often can be a source of competition and tensions, but as Aaron Wolf stated, no wars are fought exclusively over the water, and water-based conflicts almost always reveal other underlying problems. Here comes water diplomacy, which seeks to develop sustainable and peaceful solutions to water management while promoting cooperation and collaboration among stakeholders.

In the context of Central Asia, for instance, the European Union recently announced its plans to become the leading investor in Tajikistan’s Rogun dam on the Vakhsh river, which is regarded as the world’s tallest dam. The move is intended to help Tajikistan reduce its reliance on Russian energy and to counter Chinese influence in the region, but a dam of such magnitude will reduce water runoff to downstream countries, damaging the agricultural sectors of Turkmenistan and Uzbekistan agricultural sector, and resulting in food insecurity and mass climate migration in the region.

Despite the overly politicized nature of these issues, she adds that governments are not the only responsible actors when it comes to water conflict resolution, since the success and sustainability of regional water governance depends on the interactions with wider audiences. According to current data, there are sufficient water resources in the region, but regional cooperation is most challenged by poor governance frameworks and weak institutional capacity, rather that resource shortages.

JT: My research interests are deeply rooted in intersectionality and finding the ways in which different areas of interest intersect and affect each other. I love uncovering how two different topics such as climate and social justice or gender equality and water management can be intertwined, and the greater wisdom and guidance that can be gleaned from this larger picture approach to both. Of course, water has a paramount place in my research, which includes topics such as water governance and the role of water diplomacy in our world. As a woman who grew up in Central Asia, I am naturally drawn to geopolitical topics relevant to the region, including post-Soviet identity and state- and nation-building in the region.

For me, academic research is often a way to understand the past and present of my community and to continue to explore what it means to be a Turkmen woman in a globalized 21st century. Throughout my graduate studies, added with my residential experiences in Central Asia, I was always aware of the possibility of war over water and land in the Ferghana valley.

She mentions that her encounter with an article titled “Women forge peace along the Kyrgyz-Tajik border” sparked her curiosity, leading her to explore the role of Central Asian women in peacebuilding efforts.

JT: As a woman who grew up in Central Asia, I am quite familiar with the  patriarchal disenfranchisement of women in the social systems and as such, felt drawn to further dig in and learn more about the UN Women’s cross-border project for sustainable peace and development in the Ferghana valley. My research provided me with a prime opportunity to uncover intersectional factors that impact peace, conflict, water, and gender, as well as an opportunity to add my unique perspective to the conversation on transboundary water disputes as a young Central Asian scholar.

ZZ: So, if there is potentially enough water, who should step up, and what should be done?

JT: In order for water governance to succeed, the media, water operators, local authorities, nonprofit organizations, and intergovernmental organizations (INGOs)  must collaborate to increase transparency, accessibility, and responsiveness to public concerns. Collaborations have triple dividends because they create partnerships, provide legitimacy to social instruments in water management, and increase capacity and ownership. If we want true healing and movement forward, we must think and work across sectors and learn to build strategic partnerships and collaboration. Every individual, sector, and government needs to break down silos and work in lock steps to create inclusive dialogue platforms.