These films put Nigerian cinema on the international radar 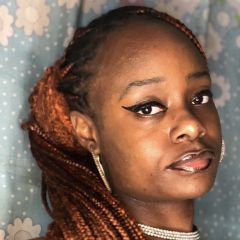 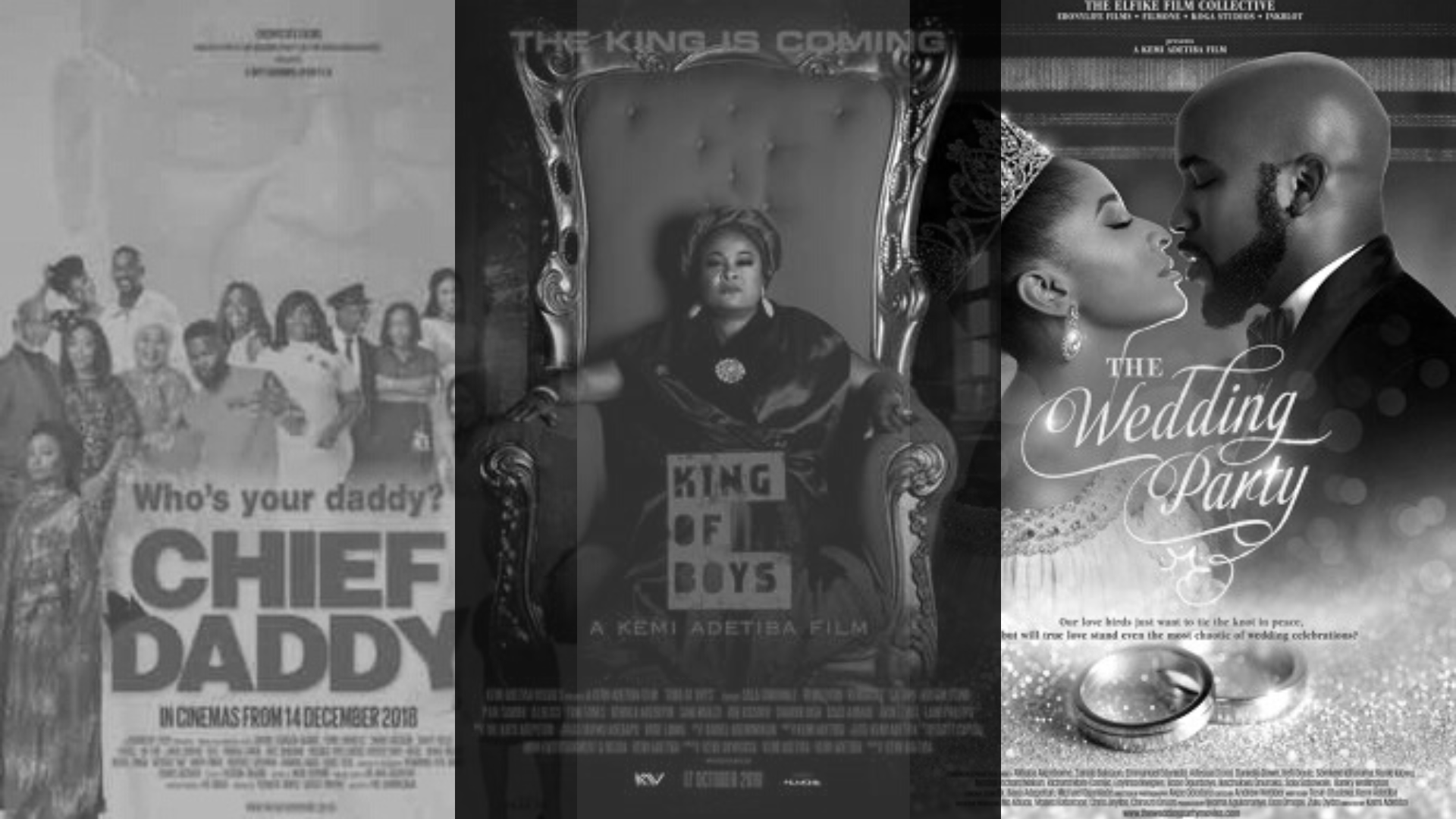 A collage of the posters of three Nollywood movies: Chief Daddy, King of Boys and Wedding Party. Image by Giovana Fleck.

Technology has played a huge role in the evolution of Nollywood. Before Netflix expanded into Africa to showcase movies from the continent, Nigerian movie makers had to rely on the limited reach of the national broadcasting station, Nigeria Television Authority (NTA).

The growth of Nollywood has made way for a new Nigerian Cinema with filmmakers dedicated to “creating films that tell stories about Africa and are made in Africa by Africans,” according to Matt Jacobs, a journalist with the FilmStyle blog. The new Nigerian Cinema is also committed to uplifting the technical standards of filmmaking in Nigeria. This movement made the Nigerian film industry the second most productive film industry globally, surpassing even the United States. Before the mass production of Nigerian movies, Africans were used to watching Hollywood or Bollywood movies, but now Africans can enjoy Africa-made content featuring their own cultures and creatives. Amid these shifts in the Nigerian film industry, a few movies have stood out as major hits within the new content waves.

With the 2016 premiere of “The Wedding Party,” Nollywood broke into the international film scene and has since evolved massively, making way for two other great hits in 2018: “Lion Heart” and “Chief Daddy.” “The Wedding Party” made a domestic gross profit of NGN 4 billion (around USD 1 million). Similarly, “Chief Daddy” made a windfall of over NGN 3 billion (about USD 7 million) from the Nigeria box office within the first six months of 2019. This was then followed by “King of Boys,” which grossed NGN 200 million (about USD 470,000) in cinema ticket sales by the seventh week after its October 2018 release before selling streaming rights to Netflix in 2020, reports Nairametrics, a Nigerian financial online news portal. 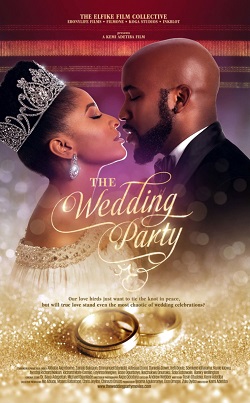 The plot of director Kemi Adetiba’s “The Wedding Party” revolves around Dunni Coker (Adesua Etomi),  a 24-year-old art gallery owner and the only child of her parents who is about to marry an IT entrepreneur, Dozie (Olubankole Wellington, popularly known by his stage name Banky W), the love of her life. The couple took a chastity vow and are looking forward to their first night together as a married couple.

This movie broke the glass ceiling, so to speak, for Nollywood movies in international popular culture. The production, storyline, and comedy captured the minds of the young generation and drew wide acclaim.

This film elegantly amplifies Nigeria’s “rich culture (food, music, dresses)” through various but intricate “themes and scenes,” asserts Wilson Morales, a film critic with the Black Film online portal. In addition, the unending clashes “from the wedding dress, the invited (and not-invited) guests, the choice of food, who walks first, and an overworked wedding planner begin to take a toll on not just the bride and groom” were presented in “an entertaining and funny” manner, says Morales. 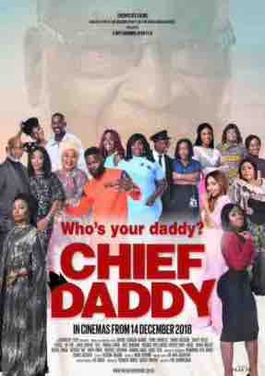 “Chief Daddy” is the third Nollywood film in Nigerian cinema history to break the NGN 300 million mark and is the third most successful Nollywood film of all time. The plot revolves around the life of Chief Beecroft, a wealthy and generous industrialist known as “Chief Daddy,” who helps everyone around him, including his immediate and extended family, staff, and mistresses. He dies at the start of the film, leaving his family members vying for a share of his estate. Their emphasis on wealth rather than mourning became a problem because Chief Daddy's greatest wish was to bring the family together to plan his burial, thus forcing them to get along.

With its top-notch ensemble of actors and actresses, the film was both heartfelt and hilarious. It was great to see Kate Henshaw, Funke Akindele, Nkem Owoh, and other Nollywood actors and actresses coming together in this dark comedy. The film's cast was extremely diverse: Joke Silva played the main and Chief daddy’s wife exceedingly well. Ọmọ́níkẹ̀ẹ́ Adéòtí, a Nigerian movie critic, states that this movie showcased “the beauty and the extravagance of the Nigerian high class society. Depending on the audience, it could be viewed as a hedonistic representation of our people, or a celebration of our lives.” Unlike some simplistic, romanticized stories from older Nigerian films, this movie shows both the good and bad sides of Nigerian culture through the use of comedy, highlighting the evolution of the industry. 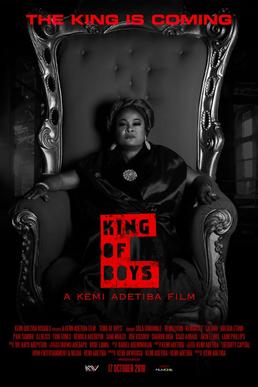 The film “King of Boys” starred Alhaja Eniola Salami (Sola Sobowale), a businesswoman and philanthropist with a promising political future. As a result of her growing political ambitions, she is drawn into a struggle for power, which threatens everything around her. As she battles for her future, she is unsure who her allies are and who to trust, which causes her to follow a harsh and ruthless path.

The movie “King of Boys” is wildly popular in Nigeria. According to Nigeria Travel Digest, an online news portal, “King of Boys” was listed as one of the top 10 movies of 2018.  The film takes a strong stance by demonstrating how corruption can affect every single aspect of society and how politicians will always need the underworld to do their dirty work. What some Nigerians love most is how it demonstrates the daily challenges and political difficulties present in Nigerian society in a truthful and nuanced way. It also sheds light on the possible solutions to the ongoing social problems.

Kemi Adetiba did great work on “Wedding Party” and joined the “King of Boys” team to create something even greater. Adetiba asserted her creativity in “scenes filled with intense dialogue, thought-provoking decisions by the main characters, and a portrayal of the lead protagonist in a way we are yet to be seen in Nigerian cinema,” notes Ayo Onikoyi, a Nigeria journalist. This movie also showed that Nollywood can also produce quality crime and action movies, which it had struggled with in the past.

Nollywood has evolved at a rapid pace and has brought African Cinema into the spotlight. It has shown people what Africans are capable of when it comes to making movies. Nigerian media researchers Israel Udomisor and Opara Anayo emphasized that the excellent combination of “artistic displays and outstanding performance” with “film content, quality and originality” has expanded the storylines of Nigerian movies. The scholars equally insist that this has elevated “the industry within the arena of film festivals and viewership,” thereby expanding the boundaries of Nollywood films to a global audience. Previously, the storylines of Nollywood movies followed repetitive, trite patterns and mostly revolved around the same themes such as love, discord within the royal family, and so on.

The growth of Nollywood also clearly shows that not just Europeans or Americans are capable of making blockbuster movies. When comparing the production of “Chief Daddy,” “Wedding Party,” “King of Boys,” and other old Nollywood movies, the difference is stark, indicating that Nollywood film producers have made significant progress in the last few decades.