‘He was the best of us': Trinidad & Tobago mourns the loss of veteran radio personality David Elcock 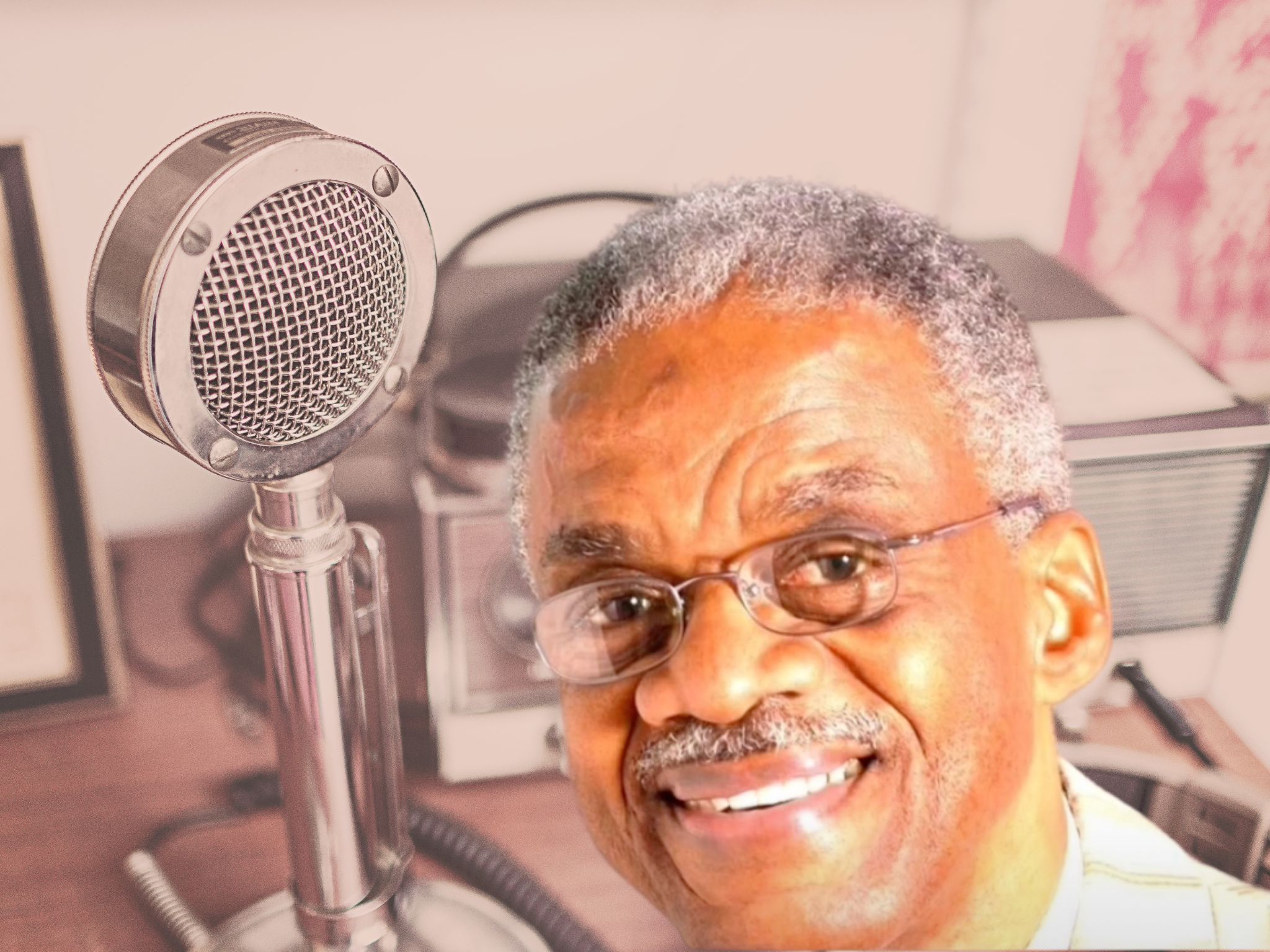 “David El-cock…in the mor-ning!” The singsong sign-on was a staple for the majority of Trinbagonians heading to work or to school in the 1970s up to 1990. There were fewer radio stations back then, but everyone's dial was set to the National Broadcasting Service's (NBS) Radio 610 by choice — the Dave Elcock Morning Show was the only place to be if you wanted to start your day off right. Elcock died in New York, where he lived, on August 25; he had reportedly been ailing for some time. He was 78 years old.

For well over a decade, Elcock — the self-proclaimed “morning man with the morning plan, the rooster with the booster” — dominated drive time with his unique mix of inspiration, information and musical vibrations, attracting a large and loyal audience:

With a voice as smooth as silk, a commanding yet approachable presence, and a hearty chuckle that would make people smile, Elcock quickly became a household name. He was unapologetically Trinbagonian and, from 6:05-9:00 a.m. every weekday, made the country see its infinite potential, whether he was sharing motivational anecdotes or playing local music right alongside international hits.

Over the course of his career, he spent more than 35 years as a radio announcer, and also crossed over to television. During the 1970s, Elcock hosted “T&T Tonight,” a music and talk TV show that aired for two seasons on Trinidad and Tobago Television (TTT).

Called the “Dean of Broadcasters” by his peers on account of his “versatility and dominance of the early morning airwaves,” Elcock set a high standard for local broadcasting. As such, he was also a sought-after Master of Ceremonies for concerts and other events, as well as the voice of choice for advertising agencies. He even had a short stint working in the advertising field himself, but radio was his first love.

Having graduated from Queen's Royal College (QRC), arguably the most prestigious high school at the time and the college that produced several other notable alumni, Elcock joined Radio 610 as a trainee announcer in 1962, the year Trinidad and Tobago became independent from Britain. Elcock once credited his success to predecessors he dubbed the “deities” of Trinidad and Tobago broadcasting. Still, he was a natural, and fast began to make a name for himself as “Big Brother Dave”. The David Elcock Morning Show was so successful that it topped the national annual radio surveys for close to 15 years.

Part of the show's charm was his creation of amusing characters, who would comment on an array of subjects to the delight of listeners:

The first radio personality to ever do voices on local radio was David Elcock.
And there were many.
– Leggo Beast
– Mr. Bitter
– Bert the Barbadian
– Granny
– Jose Joropo
– Affirmative (a robot)

Another cornerstone of the show was Elcock's dedication to playing the hymn “One Day at a Time,” usually right on the dot of 6:30 a.m. As Facebook user Sarita Rampersad recalled:

If one day at a time started playing at 6:30 sharp and you weren’t in the shower yet, you knew you’d be late for school.

Elcock was so trusted, so much of an institution, that when Radio Tempo 105.1 FM, the first all-local music station, was launched in the early 1990s, his was the first voice listeners heard. Elcock eventually migrated to the United States in the late 1990s, where his voice graced the airwaves of the online station Radio KYSO, which focuses on the musical genre of calypso.

A genuine lover of music, Elcock recorded songs that did very well, perhaps most famously “You Are What Love Is,” a duet with his first wife, singer Mavis John:

Remembering Elcock as Trinidad and Tobago's “first significant playlist programmer and music influencer,” Nigel A. Campbell stressed the importance of his show for local music:

Dave was one of the early proponents of playing local. Back in the early 1970s, we made records, and they were played on radio. And records were sold. By the tens of thousands. Dave Elcock was a significant person the local music industry responsible for the growth of soca, and quite possibly rapso in its infancy. He also introduced us to music from the diaspora.

Other tributes began to pour in on social media, with many coming from fellow radio DJs like Rennie A. Bishop, who called Elcock “versatile, admired, loved and respected.” Journalist Sampson Nanton, meanwhile, acknowledged that Elcock was “a voice and broadcast talent still unmatched after all these years [who] left a lasting impression on us all.”

On Facebook, the radio station Sangeet 106 FM paid homage to Elcock as “a unique voice we knew and loved waking up to back in the day.”

Some referred to Elcock as a “national icon and pioneer in the field of Radio and Television Broadcasting,” while others remembered him as “gifted, talented, [with a] unique voice, and loved by so many.” “Legend” was also a common word used to describe him.

Facebook user David Preston felt that Elcock's passing was “the end of an era”:

When you think of Dave Elcock in the morning, it will take you back to a Trinbago that was so sweet eh.

You immediately get thoughts about […] all the people who are now gone that were part of shaping our society and culture.

Several other netizens thanked Elcock for being the soundtrack of their childhood.

In another society, ‘Big Brother’ David Elcock would have been retained to train and mentor the current local generation of broadcasters. […]

It is a tribute to the broadcasting icon that Trinidad and Tobago is united in mourning his passing, even as we muse over his singular gift as a radio and show presenter [but] his death is yet another bitter reminder of the loss of a creative generation without their works being properly archived or utilised to inspire and teach the current crop.

Referring to him as “a standard-bearer for proper diction and professionalism [and] a stickler for proficiency and polish,” Ali felt that the on-air characters Elcock created “showcased his creative genius.” He also noted, however, that Elcock “bemoaned the falling industry standards” in a 2009 interview, suggesting that “not enough emphasis [was] being placed on training, proper education, ability to speak fluently, to enunciate well.”

Elcock's life was about excellence. In 1990, he received a national award, the Humming Bird Medal (Silver), for Public Service and in 2019, was given a Lifetime Achievement Award by the Trinidad and Tobago United Community Association in New York for valuable and outstanding service to country and community.

As Ken Ali put it, “Dave Elcock’s prodigious talent alerts us to the storehouse of capacity in these islands. He was the best of us.”