Income inequality starts with an unpaid foot in the door 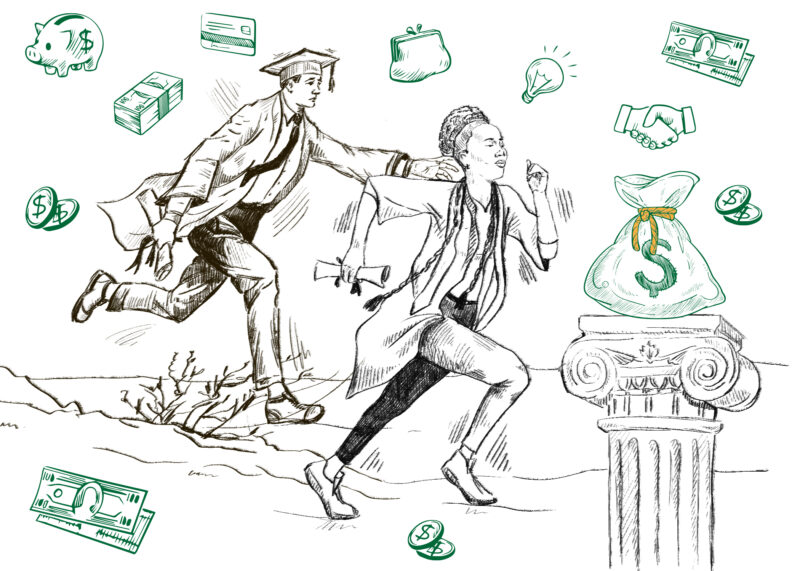 Internships are an increasingly popular trend in today’s work culture, especially in the nonprofit sector. They provide on-job training, hands-on experience, and a foot in the door for individuals who aspire to be leaders and change-makers within the nonprofit world. Yet, we must ask ourselves, “What message is being conveyed by nonprofit organizations that insist they only take on interns who can work for free?”

Despite major strides made in recent years such as the White House now offering interns a USD 750 weekly stipend, research shows that 43 percent of internships are still unpaid. The Center For Research on College-Workforce Transition further estimates that the US has about 3.2 million interns, and approximately 1 million interns are unpaid annually. As college costs rise, students have more need than ever for money-earning jobs to help finance their education. Yet, nonprofits in the US allow these debt-ridden students to work for free. Is there a solution for nonprofits who are perpetuating this unsustainable practice?

COVID-19 and its aftermath have had a bruising effect on the nonprofit job market for recent graduates. In 2020, 26 percent of final-year students lost internships, and only 28.6 percent were able to find jobs straight after graduation. There have been dramatic declines in the quality of internships, and interns’ experiences in remote environments have been mediocre, at best. For example, many college students counting on internships for networking have lost the opportunity to engage with colleagues in the hallway or at the water cooler as the professional office setting is replaced by the home office.

Remote internships also impeded “learning by seeing” and morphed into task-based, menial jobs, further reducing the opportunity for enriching learning. However, it is not only interns who are missing out on opportunities. Sofia Garcia Garcia, global development specialist and head of strategic partnerships and external engagement at SOS Children's Villages International, explains: “The organizations also lose social capital as interns bring different points of view, lived experiences, and knowledge that would truly enrich the entire operation and staff.”

With this challenging financial landscape, many nonprofits lean on unpaid internships to provide extra organizational capacity, a practice appropriated from the for-profit sector. Although nonprofit organizations have lofty goals, they also create the most absurd policies that discourage marginalized youth from pursuing careers in international development, perpetuating the very same problems they claim to be fighting.

For example, Maria Hinojosa, the first Latina reporter in the US and Pulitzer Prize winner, also confessed in her memoir Once I was You that during school, she had to wait tables to pay for her living expenses, which made it hard to take internships because she needed shifts to pay rent. “Here I was at the end of college and I hadn't done one single internship. […] The truth was that I couldn't afford to do an unpaid internship and I was too ashamed to reveal that.”

A means of systemic oppression

As a result of systemic oppression and limited resources, many people from traditionally marginalized backgrounds struggle to advance their education and careers.

Inherently, unpaid training positions disadvantage lower-income students, no matter how well designed they may be. Women bear almost two-thirds of the national student loan debt and Black graduates owe, on average, USD $7,400 more than white graduates.  According to the US Department of Labor, the American nonprofit industrial complex is not legally held accountable to provide paid internships. But rebranding “volunteer work” as “internships” is more a means for nonprofits to attract more students for unpaid work in exchange for the prestige on their resumes.

The gender pay gap is further exacerbated by racial discrimination. Access to internships is limited for Black, Indigenous, and people of color (BIPOC). According to a Zippia study, over 58 percent of interns were white, 17.7 percent were Hispanic, or Latino, and 10.4 percent were Black or African American in 2019. Since white populations have lower poverty rates than minorities, they can often afford to partake in unpaid internships solely for professional benefits, a privilege rarely given to BIPOC populations.

Accordingly, when internships are unpaid, achieving social capital becomes especially difficult for students not included in the dominant culture — low-income students. Financial stability is the necessary foundation for building social capital. Therefore, populations that have historically been economically underprivileged are also limited in opportunities to gain social capital; this hampers social and financial mobility. With these unequal allocations of economic and social capital, unpaid internships exacerbate the issues of injustice toward low-income students and fail to diversify the US workforce.

An unpaid foot in the door

In the competitive labor market, internships are a necessary foreground for young professionals’ career development. However, if students coming from low-income households agree to an unpaid internship, they soon have other challenges, including where to live because they cannot pay for sky-rocketing rent in big cities such as New York, Washington D.C., and Los Angeles, where many multinational nonprofits and development organizations are nestled.

Some estimates state that students need around $6,200 per 10 weeks to cover housing, food, transportation, and other basic human needs. As a result, unpaid interns are forced to balance their physiological and safety needs while also investing countless hours into growing their professional skills and work ethic. Although not impossible, the psychological toll of “survival mode” compounds the difficulties faced by already marginalized communities entering the workforce.

Ayna Meredova, a trauma-informed intelligence coach and founder of the Groove Culture Collective, explains it this way: “If we look at this dynamic through the lens of generational and cultural trauma, which includes societal constructs such as racism, poverty, and sexism, then what is clear is that unpaid internships perpetuate a cycle of scarcity, overworking, and survival mechanisms in communities that are marginalized and disadvantaged.”

A survey by the Institute of Student Employers (ISE) and Handshake revealed that 47 percent of organizations that employ students and graduates intend to increase the number of hires they make in the next 12 months. Access to internships means access to jobs, which is why getting the right, affordable internship holds an immense effect on a student’s future career.

Writer and speaker, and coach for young BIPOC, Jenn Pamela Chowdhury, says it best, “If nonprofits are seeking top talents, then they need to pay them equitably and fairly. Don't assume, ever, that incoming talent (especially young BIPOC talent) have the means to take on unpaid work while taking care of basic needs.”

How can we fix the problem?

Recent price hikes coupled with the high inflation rate in the United States (US) have impacted nonprofits’ ability to invest in internal growth, as they are already operating on thin (no)profit margins. As nonprofits face financial challenges, many human resources departments claim they simply don't have money to pay interns. Generally, nonprofit budgets tend to be tight. Adding to this financial strain is the US inflation rate, which has reached 8.6 percent, the highest in 40 years.

Professor Gregory R. Witkowski, a senior lecturer in the nonprofit management program at Columbia University, writes that since the stock market has lost so much value, donors are feeling less wealthy, so they have reduced their charitable contributions. Outside of this, nonprofits already struggle to raise funds, retain employees, and recruit new staff.

As many nonprofits faced an economic downturn that threatened their existence, philanthropist MacKenzie Scott found a way to disrupt traditional funding practices within the nonprofit sector and provide an equal opportunity for individuals of various backgrounds to lead and excel within the nonprofit sphere. Scott gave out $12.4 billion in unrestricted grants to 1,251 organizations supporting the arts, racial and social justice, and other causes. Unlike typical philanthropists, Scott encourages nonprofits to spend funds as they see fit, which gives organizations more freedom to invest in internal and external growth on their terms.

With impact-focused unrestricted funding, nonprofit organizations can break the vicious cycle of the “low pay, make do and do without” culture, enabling them to grow, innovate, and flourish beyond the survival and project-based mentality. As a result of an influx of unrestricted funds like those from MacKenzie Scott, it’s worth asking, what kind of policies can nonprofit leaders establish to ensure fair and equitable pay for interns?

Donors: As the world faces a cascading and interconnected set of pressing problems, funders should step in and provide financial stability to nonprofits by increasing unrestricted funds and grants. Unrestricted funds can shift the asymmetric power dynamics between donors and nonprofits, discourage the perpetuation of inequitable systems, and offer a way to redress power structures, thus facilitating the transition from patronage to a partnership model.

Nonprofit sector: To dismantle privilege, discrimination, and inequity, nonprofits must not only pay interns a living wage but also pro-actively recruit interns from marginalized communities. Beyond recruiting diverse BIPOC, PWDs, and LGBTQ+ identifying youth, nonprofits should provide a safe environment that enables all employees to learn, grow, and connect with mentors.