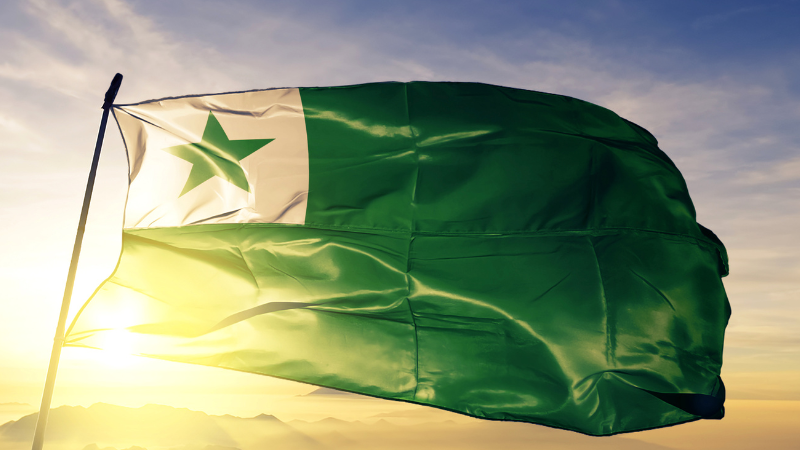 Languages are typically an essential means of identity, but also pose an unresolved dilemma: a paradox in which languages provide the opportunity to communicate, but only work within a given location and group of individuals, thus distancing us from one another. Esperanto, in turn, seeks to move beyond this to become a true gateway that works for all geographic and demographic segments alike. However, although Esperanto draws upon idealism, there is a need to establish this language within specific real-life issues. Its quest for total neutrality has its limits when faced with social and political realities.

But, what is Esperanto? Esperanto is one of the many artificial languages that have been invented throughout the world [1] and has had conspicuous success. It was created in 1887 by Ludwik Zamenhof [2], the Polish-Jewish 12-time Nobel Peace Prize nominee. Around two million people speak this language worldwide, which has been particularly successful in Mexico. Famous Esperantists include Charlie Chaplin, J.R.R. Tolkien and Leo Tolstoy. 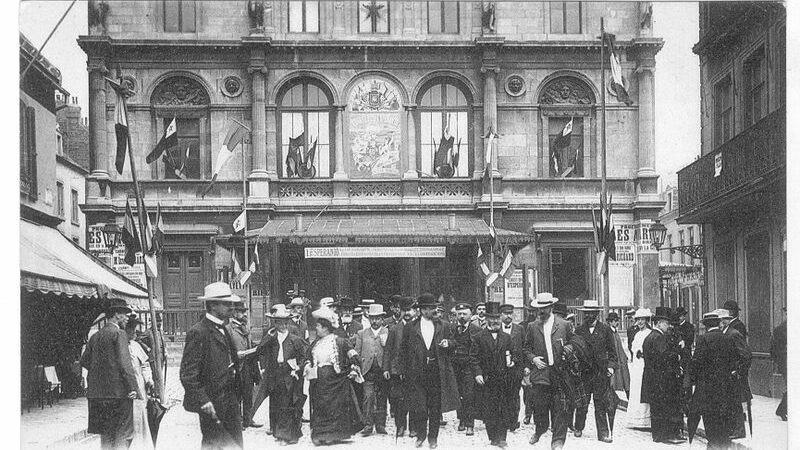 Many consider Esperanto to be an idealistic language, as is mentioned in the title of this interview [4] conducted by Mexican newspaper Reforma, with Carlos Velazquillo and Mallely Martínez, president of the Mexican Esperanto Association [5]. This is perhaps because Esperanto is not just a language, but also a culture [6] with several moral principles. This sets Esperanto apart from many other languages, as it is not simply a speaking and writing tool. In other words, one learns about the humanistic and pacifist-based values of Esperantist culture when learning the language itself.

Although Esperantujo [7] (an imaginary world where individuals are immersed in Esperantist culture) includes diverse people and social relations, there’s no denying there is a constant neutrality within Esperantist ideals that has maintained this language's “passive” stance amidst several social phenomena. For example, this language opposes its commercialization, which has prevented it from being used for profit by a given group of individuals.

On the flip side, the Esperantist community has also failed to criticize the framework that prevents its ideas of peace from emerging. It appears that by justifying the neutral stance it holds on ideological grounds, it fails to criticize any unequal status within the world in which we live. In this regard, we look back on the words of Frantz Fanon [8] in his book “The Wretched of the Earth” (1961), when he specifically mentions that neutralism is respected by the perpetrators of violent situations in times of instability and war.

A prime example of this neutrality is the Esperantist association, UEA [9] (Universal Esperanto Association [10]), criticized for its stance on the Russian military invasion of Ukraine [11], which was: “We don't take political stances [12].” We, therefore, wonder where this leaves the Esperanto ideals that were set in motion?

Based on the above, we come back to the initial point. It appears that social relationships in the Esperantist community focus on the debate about idealism and seldom speak of the social reality in which Esperanto finds itself, the social reality of the issues in today’s world that individuals across the globe are experiencing.

This wasn’t always the case. In decades gone by, the Esperantist community would take positions. As María Isabel Nájera Sepúlveda, author of “Esperanto and Human Communication” says, by aiming globally, Esperantist culture has been open to many ways of thinking and expression. For example, from the introduction of antifascist stances in countries such as Spain decades ago to the constant addition of books, translations and audio-visual or musical projects that are still being conducted to this day.

Although Esperanto is a vessel for pacaj batalantoj (“peace activists”), it must engage in the debate on real-life issues. Even though our language is far from being the second language of the whole world, we can still give it the potential to become a far-reaching communicational language and approach issues from a more humanistic perspective. This would involve denouncing real-life inhumanities.

So, how can we move beyond this and give Esperanto this potential? We find the answer in an example that anthropologist Iván Deance provided during the National Esperanto Congress in Puebla, Mexico, in 2018. He spoke of how Esperanto helped his students better communicate with the Totonaca indigenous community because its linguistic attributes facilitated the understanding of their native language and thereby acted as a bridge language. This example is demonstrative of the progress made on a multicultural level as well as in the search for a prime objective: intercultural dialogue is an absolute necessity in finding solutions to the unequal living conditions in our societies.

As is explained in the paragraph above, we can’t all be anthropologists, but we can undertake projects. However, reporting on these issues means going one step further and becoming involved in the social relationships that could be established through Esperanto.