Some believe that InterPride's decision is politically motivated 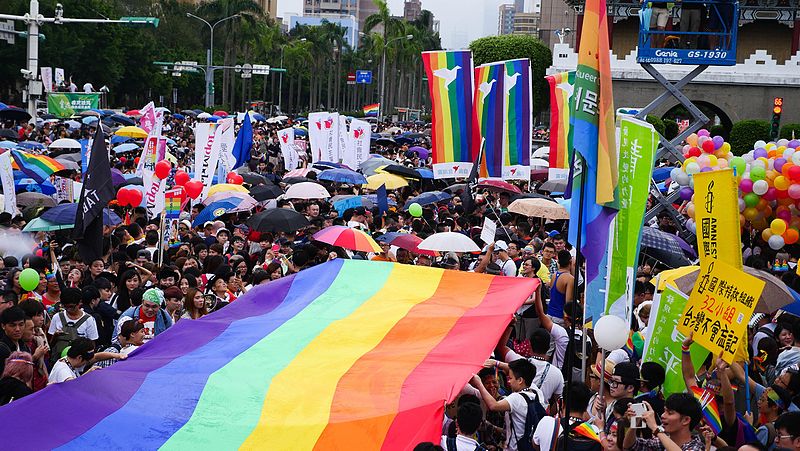 The WorldPride 2025 Taiwan Preparation Committee withdrew from hosting the global LGBTQ+ event as the global organizer InterPride insisted on changing the title of the event from “WorldPride Taiwan 2025” to “WorldPride Kaohsiung 2025.”

In an open statement published on Facebook on August 12, 2022, the Taiwan preparation committee stressed:

The final straw that led the negotiation to a deadlock was the abrupt notice from InterPride, requiring the name of the event to change from “WorldPride Taiwan 2025” to “WorldPride Kaohsiung 2025”. This is despite the fact that the name “WorldPride Taiwan 2025” was used throughout the entire bidding process: From the bid application and the bid proposal evaluation to the voting process and the winner announcement back in 2021.

WorldPride is an international event that promotes LGBTQ+ issues through parades, festivals, and other cultural activities. The event is licensed by InterPride, which is a network of LGBTQ+ organizations from across the world. Usually, the name of the host city would be placed in the event title.

InterPride responded on Twitter that it was “surprised” by the decision and that there is a “long-standing tradition” of using the host city’s name for its WorldPride event.

However, the situation in Taiwan is a bit trickier than normal — it is neither a city nor a member of the United Nations.

The Republic of China (ROC), under the then ruling party Kuomintang, was a member of the United Nations between 1945-1971. Its membership was replaced by the People's Republic of China (PRC), under the Communist Party of China, as the exiled Kuomintang lost the Chinese Civil War in 1949, along with the sovereignty of the Chinese continent. The PRC insists on the One China Principle, and hence Taiwan is not recognized as a sovereign state in the international diplomatic world.

In fact, according to statements from both Taiwan’s preparation committee and Taiwan’s Ministry of Foreign Affairs (MoFA), after controversy over referring to Taiwan as a region in the WorldPride 2025 bidding result announcement, InterPride agreed to use “Taiwan” in the event name in a tripartite meeting.

As shown on the online poster about the WorldPride 2025 bidding result, published by InterPride on November 16, 2021, “Taiwan” is used in the event title:

InterPride has worked closely with our bidding member organizations for #WorldPride2025, including #KaohsiungPride, over many months to ensure equitable and collaborative participation. pic.twitter.com/GxhhhSihlb

To prepare for the international event, the winner of the bid, Kaohsiung Pride, joined hands with Taiwan Pride to form the WorldPride 2025 Taiwan preparation committee. The committee explains why it insisted on using “Taiwan” instead of “Kaohsiung” in the event title:

First, the name “Taiwan Pride” is of symbolic significance to the Taiwanese LGBTIQ+ community as it has been used for Taiwan’s first and still ongoing Pride parade since the first edition in 2003. It was not named after the city but the nation as a whole. Second, WorldPride Taiwan 2025 was planned to connect several Pride events and activities across Taiwan, with many cities, in addition to Kaohsiung, participating.

Taiwan became the first jurisdiction in Asia to legalize same-sex marriage in 2019, and it annually hosted the largest Pride Parade in Asia.

In a statement, Taiwan’s MoFA slammed InterPride’s abrupt notice on the name change:

Not only does the decision disrespect Taiwan’s rights and diligent efforts, it also harms Asia’s vast LGBTIQ+ community and runs counter to the progressive principles espoused by InterPride.

Despite disappointment about the withdrawal, many have shown their support for the decision. The most popular comment under the preparation committee’s announcement on Facebook was written by Taipei city councillor Miao Poya:

Without doubt, Taiwan is the best country in Asia to host the WorldPride. We have experience organizing the largest Pride Parade in Asia and are the first country in Asia to legalize same sex marriage.
I support the preparation committee’s decision. The human rights in Taiwan is based on our independent sovereignty and our democratic and free constitutional political system. If InterPride violated the decision in the tripartite meeting in naming the event WorldPride Taiwan, I could only wish them success in hosting pride parades in other cities in China. Turn away from democratic Taiwan and embrace authoritative China, all the talk about human rights are just hypocritical.

Similar opinions about InterPride’s abrupt decision on name change can be found on Twitter, and some believe that it is related to NGO politics in the United Nations:

InterPride, the org that puts on WorldPride, has been applying for UN consultative status, which China has a habit of blocking NGOs from getting if they engage with Taiwan. This has been an ongoing issue in the planning for the event per this 2021 post.https://t.co/9EaiZbsPbd

According to a research paper written by Rana Siu Inboden published in the Journal of Democracy in July 2021, China often “misuses” its seat on the UNESCO NGO committee to block applications from civil society organizations seeking UN consultative status, a status that enables NGOs to participate in UN activities, including hosting events, speaking at UN events, and delivering official statements.

InterPride revealed in the Twitter thread of the WorldPride 2025 bidding result announcement on November 16, 2021 that it was in an application process to gain consultative status with the UN:

During this time, InterPride worked on aligning with United Nations’ requirements. Not doing so would prevent InterPride from gaining United Nations consultative status. At the same time, we have considered very carefully the overwhelming feedback we recently received.

Taiwan has attempted to take part in UN activities for decades but has been blocked by China under the One China Principle, where China considers Taiwan as part of China, with the PRC serving as the sole legitimate government despite the fact that Taiwan is a defacto state with its own political system, government, travel documents, and military defense.