The rules of the game have changed 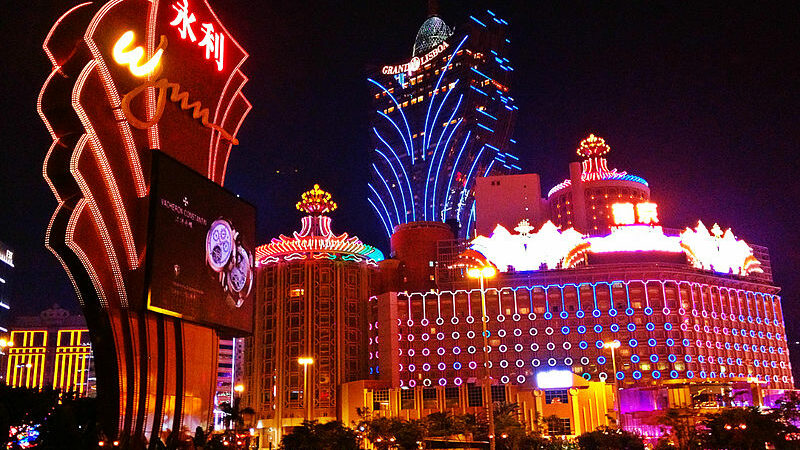 Macau, once the world’s biggest gambling hub, announced another round of full population COVID-19 PCR tests after a single positive case was detected in its neighboring city Zhuhai on August 8. Similar city-wide testing has become and will continue to be a regular practice as the city needs to follow the mainland Chinese zero-COVID strategy in order to maintain quarantine-free travel to mainland China, in particular its neighbor city Zhuhai in the Guangdong province.

The zero-COVID strategy thus far has been very successful in protecting Macau from the virus. As of August 12, the city of nearly 670,000 people has only had 791 total infections and six deaths since the pandemic broke out in early 2020. Yet, the achievement comes with a price — the former Portuguese colony has lost its crown in the world’s gambling industry.

After the handover of sovereignty back to China in December 1999, Macau laid out its development plan to become Asia's top tourism, gaming, conventions, and exhibition destination by opening gaming licenses to foreign operators.

Currently, the six operators are: Wynn Macau, Sands China, MGM Macau, SJM Holdings, Galaxy Entertainment and Melco Resorts. The parent companies of the first three are from Las Vegas, USA while the other three are based locally in Macau and Hong Kong.

These operators are working with a large network of junkets to draw in gaming tourists from mainland China where gambling is illegal. Macau surpassed Las Vegas in gross gaming revenue in 2007. In 2019, before the outbreak of COVID-19, Macau’s gaming revenue exceeded USD 29 billion, while Las Vegas, its biggest competitor, drew only USD 6.6 billion in revenue.

The global gaming industry was seriously debilitated by the COVID-19 pandemic in 2020 due to travel restrictions and lockdowns. Macau had a 79 percent drop in gaming revenue to US 7.57 billion in the same year.

In 2021, Macau’s gaming business was mainly supported by mainland Chinese tourists who could travel to the city with no quarantine restrictions. The annual revenue reached USD 10.82 billion — still higher than Vegas's normal annual haul.

Yet, as Omicron variants hit Macau and mainland China in 2022, the casino city finally felt the pinch and lost its crown.

Under China’s zero-COVID protocol, Macau banned all foreign visitors from March 18, 2022, to prevent Omicron from entering the city. However, the COVID-19 variants soon emerged in many Chinese cities, including Shanghai, Shenzhen, and Zhuhai, leading to a drop in the number of mainland Chinese visitors to Macau.

Worse still, on June 19, 2022, an outbreak of the B.A 5 Omicron sub-variant was identified in Macau, leading officials to suspend quarantine-free travel between Macau and mainland China. Officials tried to curb the outbreak by mandating rounds of PCR tests and issuing a soft city-wide lockdown, requiring non-essential businesses, including over 30 casinos, to shut down for a week on July 11. The closure came at a huge price, and ultimately, officials were unable to successfully curb the outbreak.

Macau gaming revenue fell 95% in July to $49 million, the market’s lowest one-month total since the pandemic began in 2020.

COIVD-19 restrictions, including a 12-day gaming shutdown, contributed to the decline.

Meanwhile, as the licenses for the current six casino operators would expire at the end of 2022, the Macau government has opened a new gaming tender beginning January 2023 for up to ten years. While all existing concessionaires said that they would join the tender, some are questioning if the city is still worth the further investment as the rules of the gaming business have changed.

Ahead of the call for new tender, Macau passed a new gaming bill to curb money laundering loopholes by shutting down junket-operated VIP rooms that facilitate cross-border money laundering, as highlighted by Asia Gaming Brief:

The amendments also increase the gaming tax to 40 percent and empower Macau's Chief Executive to revoke concessions out of national security concerns or when the operators fail to fulfill their contractual obligations.

In the past few years, Beijing has been concerned by rumors and reports about the link between US Intelligence and Sheldon Adelson, the tycoon behind Sands China operating in Macau. There are also ties between Steve Wynn, an American Casino tycoon and a gaming concessionaire in Macau, and Sun Lijun, former vice minister of China’s public security bureau who recently pleaded guilty to corruption charges.

As US casino operators have a strong holding in the city’s gaming business, Beijing is eager to tighten its supervision over the sector, believing that it is a major means to channel cash out of China.

As global investors have withdrawn from the China market in recent years due to the trade war between China and the US, China's increasing control over the private business sector, as well as Russia's war on Ukraine, China faces a capital outflow crisis that has put unprecedented pressure on the country's currency.

The former executive director of junket group Tak Chun and former CEO of the Macau Legend, Levo Chan Weng Li, will be officially indicted by the Public Prosecutions Office for charges of founding and heading a ‘secret association or society’…https://t.co/TeihCFEEwV

Junket king Alvin Chau is accused of causing the Macau government a loss of at least $1 billion in gaming tax revenue from 2013-21 according to the indictment. Chau faces 286 charges of fraud, money laundering, leading a criminal group and illegal gamblinghttps://t.co/kYVRBDVVHQ

Both Chan and Chau were charged with money laundering and illegal gambling. Their junket business involves organizing extravagant gambling trips for wealthy mainland Chinese to Macau.

According to the trial of Alvin Chau’s 34 associates in Wenzhou city in mainland China, in 2015 Chau started operating a number of offshore online gambling platforms in the Philippines and facilitated illegal cross-border gambling and money laundering for over 60,000 members in mainland China. Chau will stand trial in Macau on September 2, 2022.

As indicated in the new casino operator tender, future gaming concessionaires have to draw concrete proposals for “overseeing and preventing illicit activities in casinos.” Officials hope this will curb previous practices of anonymous and credit gambling.

Additionally, there won’t be an unlimited supply of mainland Chinese gamblers in the future as Beijing sees cash outflow as a threat to the nation’s economic security. Hence, Macau will need to attract more foreign gamblers.

In the long run, the city plans to diversify its operations. The new tender demands casino operators to invest in other non-gaming sectors, including health and culinary tourism, exhibitions, entertainment, arts, and culture, among others.

Yet many have doubts about the plan as Macau has never been an international hub for global business. Moreover, while Macau has been entangled in China’s anti-corruption campaign and zero-COVID strategy, new competitors from Singapore, the Philippines, Cambodia, Vietnam, and others have extended their market share in the Asia gaming market. Some gaming experts believe that with these changing conditions, Macau will never return to its former peak.

Macau has fallen! It’s official: Macau is no longer the center of the casino gaming universe. The Macau dream is over – for the foreseeable future at least – after a stupendous 18-year run https://t.co/Fx5fLnIdwa