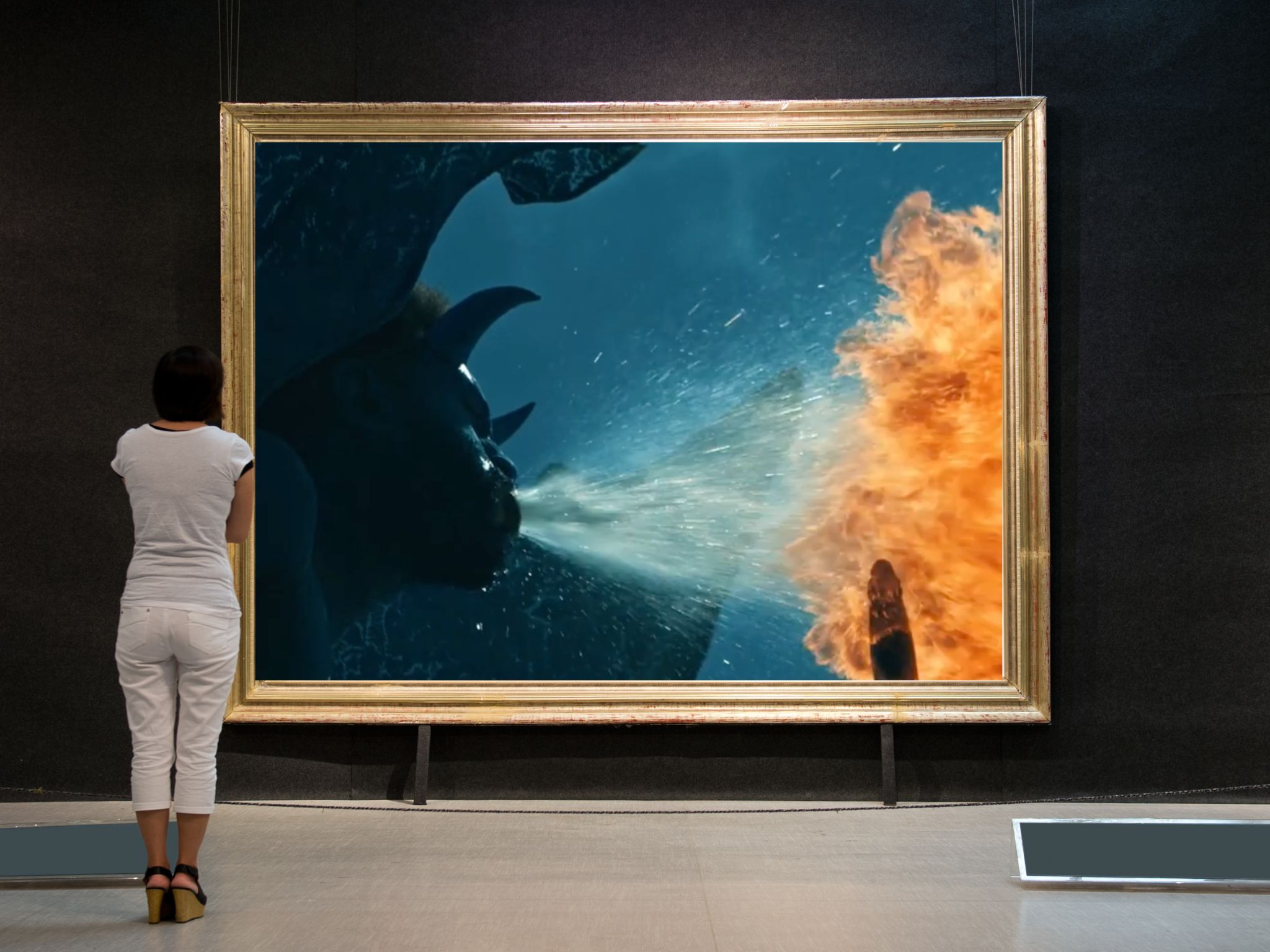 When I was a kid, which is some time ago now, each new year would begin magically [3]. The magic would last for a couple of months as I made my way through Trinidad and Tobago's Kiddies Carnival competition circuit [4], but come Ash Wednesday [5], all things Carnival were abandoned as the austerity of Lent took hold. It then became a no-no for radio stations to play calypsoes, the streets would bear practically no sign that the festivities had ever happened, and the costumes were disposed of. The Carnival, in the immortal words [6] of Lord Kitchener [7], was over.

At its core, you see, Carnival is elemental. There's a ritual [8], deeply rooted to our ancestors and firmly founded in the struggle for freedom, that begins with J'Ouvert [9] (literally, “the opening of the day”), where participants cover themselves in mud, or clay, or paint, or pitch oil, to free themselves of whatever shackles are holding them back and honour those who fought hard for us to have this wildly jubilant freedom of expression. That opening releases the Carnival genie from its bottle, so to speak, and come Carnival Tuesday night and the finality of Last Lap [10], Carnival must also be closed, hence the symbolism of casting off the costumes and bolting the bacchanal … until the following year.

Looking back on it now, when the festival is more commerce than creation, when you can have J'Ouvert in June [11] or Carnival in July [12], I appreciate more than ever the value of that opening and closing. There's a time and place for Carnival because it is precious — the anticipation, followed by the expression, followed by the longing. Beginning, middle, end. Everything else is just a fête, a poor man's Carnival. It might be fun, but it's also a little flat, because it's not real.

As a child, the tossing of the costume each year was like having a close friend abruptly torn away from me. But each year, I remember, there would be a slight reprieve. It came in the form of a space, in the main lobby of what at the time was the country's most elegant and well-patronised hotel, where each season's most compelling costumes [13] would be displayed, accompanied by well designed museum labels detailing the name of each portrayal, the designer, the masquerader, and any titles it may have won that year.

Other places did similar undertakings, of course, including the airport and — much more recently — Castle Killarney [14], and there is a permanent (albeit modest) Carnival display at the National Museum [15], but the Trinidad Hilton exhibit became an annual event in itself. Visitors and locals alike would dawdle their way through the lobby en route to their rooms, the bar, or Sunday brunch. It offered people who may never have had the chance to see the art up close — because at its best, it is indeed art — to admire the workmanship, marvelling at how such otherwise inanimate objects have the power to transmute, under the spell of soca and the movement of the masquerader, into something else entirely.

And that, alas, was also its shortcoming. Mas is alive and the displays, sadly, weren't. It helped me understand why I had to say goodbye to my costume each year — from death, new life springs — but the Hilton tradition also made me understand the usefulness of paying attention, of taking note. What Carnival creators were producing, in a variety of fora, was important, like individual pieces of a puzzle which, when they came together, revealed who we truly are, and the astounding thing was, it was ever evolving. From year to year, you had no idea what the final image would be.

I remember wishing as a kid that we had a dedicated arena in which to house all these treasures, perhaps a handful of seminal costumes that touched us deeply and changed how we saw ourselves, musical innovation that put us on the map, important and skilful calypso commentary that told the story of our nation. But really, what would that look, sound, and feel like?

There are people [16] who are thinking about that [17], and they've already given it a name (The Trinidad and Tobago Carnival Museum [18]) and a home (the former Penny Bank building [19], a heritage, listed property on Charlotte Street in downtown Port of Spain). A couple of weeks ago, there were stories in the local newspapers announcing [19] that the museum had “opened its doors,” but when I looked at the accompanying photographs, the space still screamed “office building,” complete with dated drop ceilings. A framed black and white image of a 1920s Carnival scene was hung against a pair of blinds, while several other stills appeared to be mounted on mat board. A series of Carnival costumes that seemed wholly insignificant in terms of message or even technique hung limply on horizontal wooden poles, and our Minister of Tourism, Culture and the Arts, Randall Mitchell, was photographed in a corridor touching a dapper burgundy suit that once belonged to Kitchener. The photos looked nothing like the “living museum” the website promises [17].

As it turns out, the space, in its current iteration, is only open three days a week to the public, for a couple of hours. Moreover, the website has a dedicated Donate tab [17], which explains, “For a dream this big, we will need a pool of resources to bring the museum to life.” The target is TTD 25 million (USD 3,676,471), to go towards exhibits and collections, preservation and reconstruction, a Hall of Fame, and research and education. I gather, therefore, that the launch so many [20] were excited about is a clever proof of concept aimed at attracting buy-in — from the public, as smaller donations from Carnival lovers will no doubt add up — but also from the Ministry of Culture, the body that may be best positioned to fund it.

Done right, this Carnival Museum has the potential to be one of the most experiential in the world, according to the website, “as vibrant, evocative, interactive and creative as the festival itself.” If that is the case, it should be a fluid space, arrived at after having the time and opportunity to reflect, question and imagine, to probe, and to be truly inclusive when it comes to involving the people — the foundation of the festival.

We are a people who like to remember, and who are good at building on those memories. From pan to J'Ouvert, traditional mas’ to Carnival Tuesday, we relive our Carnival experiences in stories, in song and on social media because at its heart, Carnival is about connection — with friends, strangers, and even ancestors, with something scared and spiritual, with ourselves, and with endless possibility.

Can this hard-to-define, even harder-to-contain creation be bent and shaped, as under the hand of an expert wire bender [21], to reconfigure traditional museum typologies? I believe it can, once we get to the core of the thing, and ground that museum space in something tangibly authentic. It should not be a novelty shop, homogenised or watered down, eager to do what's expected. It should be ours, implemented with the requisite care and reverence that Carnival deserves, all through the year.

This laudable initiative is the most concerted attempt we have had thus far to honour and archive this indescribable festival. Figuring out how best to do it is the difficult, exhausting, rewarding, fun part, one that affords us the opportunity to delve deeper, examine the ways in which we participate in Carnival, think about who the festival impacts and how, ask where it might be going, and determine how to be good stewards well into the future.

Funding it should be the easy, no-brainer, glaringly obvious part. Of course, money should be allotted to do this and do it well; state and corporate support should be a given, and it would be useful to know what levels of commitment, if any, have been secured. Let's aim to get this done as a nation. Facilitate input from citizens, and the masters of all aspects of Carnival, most of whom are working away quietly in back rooms somewhere, painstakingly hand-making costumes, or writing lyrics, or tuning pans, or perfecting character portrayals. Include them. Listen to their wisdom. When you engage people, they become invested, and the museum may well find that it meets, or even surpasses, its funding goal that much quicker.

We all know what our own individual pieces of that Carnival museum puzzle look like. We know because we love the festival, and love means something in this heartless world; in fact, it's the only thing that does. Bring that love together and it will finally reveal the big picture. I, for one, can't wait to see it.