'Independence [is] a continuous and collective act of forging a nation...' 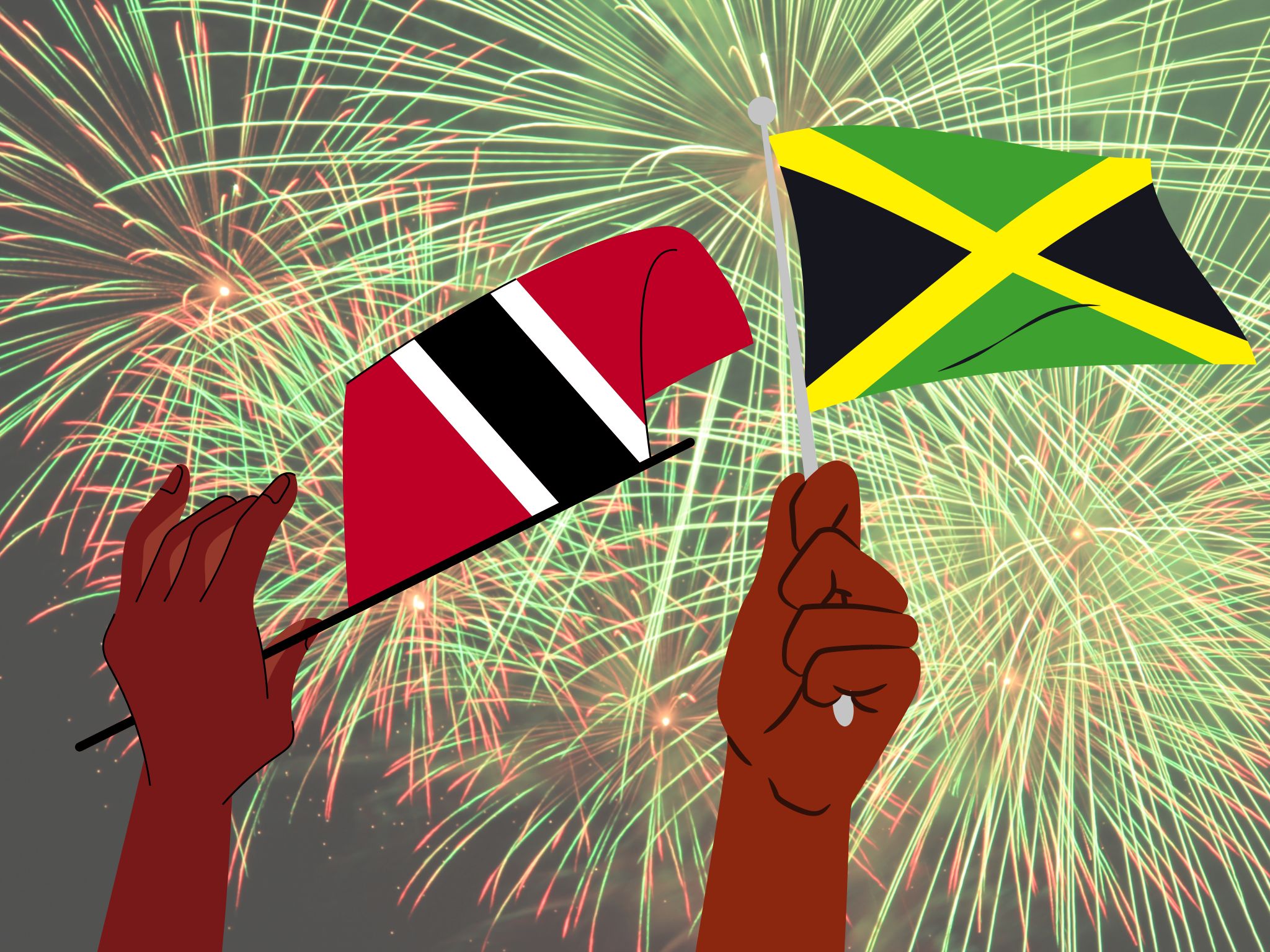 On August 6, Jamaica celebrated its diamond jubilee of independence from Britain, and Trinidad and Tobago is hot on its heels; the twin-island republic will mark its own 60th anniversary of independence on August 31. Both Caribbean nations are marking the occasion with pomp and circumstance.

Jamaica organised an event itinerary that began on Emancipation Day (August 1) and lasted until Independence Day, culminating with a very well-attended float parade and grand gala in the national stadium, at which there was a drone display and light show — reportedly the first of its kind in the region — which was very well received. Described as “the zenith of the celebrations,” the drones formed the shape of some of Jamaica's beloved personalities, including poet Louise Bennett, reggae icon Bob Marley and sprint star Usain Bolt:

Watching this unfold was nothing short of amazing!

There’s something inspiring about witnessing the combination of creativity and innovative technology. Hopefully we’ll be able to do shows like this locally with our own talent and resources pic.twitter.com/eSXLteQ6rs

Some were upset, though, that so much local currency appeared to flow out of the country, to foreign suppliers:

Suh all of the money from Grand gala gone a Farrin? Didn't even think about who was doing this drone show. Full disclosure of the expenditure for this event might be necessary. https://t.co/skN7ULNJ2M

Many of its citizens shared their feelings about the occasion on social media. There were several congratulatory messages:

60 yrs of #independence from the grips of British colonial rule..

(+ 184 years free from the savagery of slavery)

No matter how vastly far we are from our potential as a nation, we still have much to #celebrate.

Today we acknowledge our greatness

However, there were also concerns about the government's decision to spend as much as it did — JMD 200 million (just over USD 1.3 million) — on the celebrations:

That's what ? Over a million US dollars, where did it all go ? Full accounting please.

Trinidad and Tobago, meanwhile, has planned an extensive calendar of events in honour of the occasion, including the production of a commemorative stamp and coin, concerts and exhibitions, a steel pan parade, and even a television series that explores the country's pre- and post-independence journey.

There has also been a recommendation put forward by the Criminal Bar Association for the government to consider releasing 60 “deserving” prisoners as a 60th anniversary of independence initiative, and there is talk of a beautification project for the capital city, Port of Spain.

However, as with Jamaica, there were concerns about the country's priorities. As a Trinidad and Tobago Express editorial outlined, the COVID-19 pandemic is not yet in the rearview mirror, and the threat of monkeypox is on the horizon. In addition, the public sector is in the midst of salary negotiations, the cost of living is on the rise, and crime is a serious concern. Nevertheless, in lauding positives such as “a free public health system,” “free education for all,” “a vibrant democracy even if it is yet to achieve ­maturity”, and “a national unity at the level of the people,” it opined:

[W]e have reason to celebrate this Independence anniversary as a milestone achievement. Our democracy has endured and we have gained, among other things, significant control of our natural resources and deployed them to improving the lives of our citizens.

Some social media users, however, didn't seem to agree — at least once they learned of the price tag for the independence celebrations. Coming in at TTD 7.5 million (just over USD 1.1 million), Facebook user Sheldon Awai commented:

No money to pay workers, contractors, etc. No money for healthcare and they want to play with people's pensions. No money to fix the nation's roads but they can find over $7 million just like that to have a parade.

[H]ow much does 7.5 million mean in the scheme of things? It’s not a huge sum to spend on such an important celebration is it?

7.5 million is not a huge [sum] for a twin island state to spend.
Why not make it make a difference […] Plant trees! Dedicate community gardens, do SOMETHING that might actually benefit Trinidad and Tobago and our people for years to come.

Once it was confirmed that fireworks would form part of the celebrations, Vanessa Dalla Costa added:

Can we pave 60 roads to celebrate independence instead of wasting money on fireworks to terrorize animals?

University lecturer and columnist Gabrielle Hosein, meanwhile, suggested there was merit in using this auspicious anniversary as the spark for “a reignited conversation about decolonising our landscape of statues, streets and parks”:

[To] be decolonial is to question everything about the postcolonial world from the perspectives of the marginalised and oppressed, those least remembered or valued, those seeking to right historical wrongs, and those who radically challenged social order as it was forcibly established over hundreds of years.

It is to champion care, freedom, justice and solidarity over mere continuity, whether in relation to law, governance, schooling, gender or sexuality. With these values in mind, everything about ourselves, our landscape and our institutions is up for renewed self-determination.

In that vein, journalist PeterRay Blood noted on Facebook:

Today, Thursday, August 11, is World Steelpan Day. The national instrument of Trinidad and Tobago needs to be legally proclaimed before the 60th anniversary of Independence on August 31.

Undoubtedly, 60 years of independence is a milestone that requires some sort of acknowledgement, but in young nations like Jamaica and Trinidad and Tobago, which have come through the horrors of occupation, slavery, and colonialism, and fought for their right to self-governance, the future that independence hoped to forge is still very much a work in progress.

In the words of Hosein, “[I]ndependence was not only a historical moment, something that happened and is over, but a continuous and collective act of forging a nation from an unapologetic love for liberty, as its meaning evolves over time.” Perhaps even more than celebration, 60 years might be a time for reflection and regeneration.