Over 6,500 were injured in the explosions, including countless Syrians 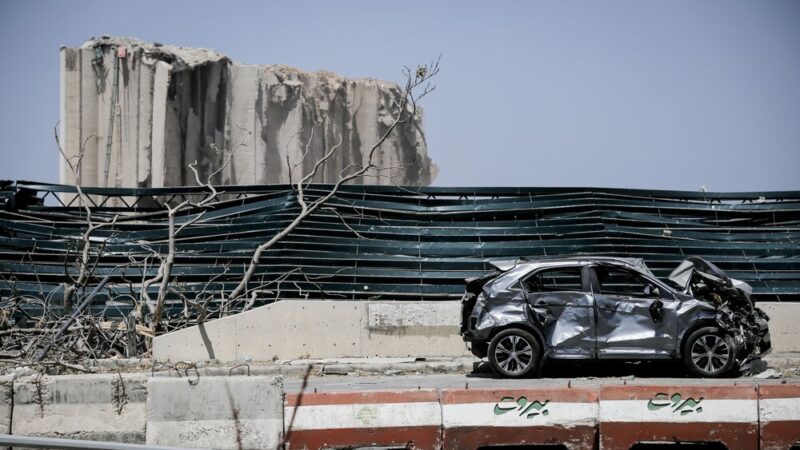 This feature was first published by Syria Untold on August 4. An edited version has been republished as part of a republishing agreement with Global Voices.

The order to deliver a potato sandwich popped up on the phone of Jawad — a pseudonym used as per his request — shortly after 5 p.m. on a regular Tuesday. Upon arriving with the delivery at the Beirut Fire Brigade in the Karantina neighborhood, someone told Jawad that the young paramedic who had placed the order, Sahar, had left for the Beirut port, two minutes further down the road. Jawad drove a few meters in that direction, then everything went black.

Jawad was among the approximately 6,500 people injured when nearly 3,000 tons of ammonium nitrate incorrectly stored at the port exploded after catching fire. Sahar Fares, the woman who had ordered the sandwich and a member of the firefighting team that had been dispatched to quell the initial blaze, was among the more than 200 people killed.

By the UN's count, six hospitals, 20 clinics and 80 healthcare facilities were damaged in the blast.

On paper, the Lebanese government and international aid agencies were meant to cover the medical costs of those injured in the explosion, including foreigners. But the reality on the ground played out vastly differently.

Since the day the ammonium nitrate explosion ripped through parts of Beirut, the injured have taken to the streets to protest the ongoing neglect by the Lebanese government. For Syrian citizens, the added layer of legal vulnerability they face in Lebanon has curtailed demands for proper healthcare and compensation. As a result, Syrians injured in the blast today say they are drowning in medical bills due to gaps in government and UNHCR coverage, as well as an oftentimes arbitrary response from Lebanon’s hospital system.

Among the injured are those now suffering from lasting disabilities and who need continuing, expensive medical treatment two years on.

A long wait for emergency care

When Jawad, himself a Syrian refugee in Lebanon, regained consciousness, much of Beirut was shattered. Debris and shards of glass littered the ground. All he could hear was a buzzing sound, he remembers. His eardrum had been damaged, he would later learn. Blood dripped from his head and he found his leg seriously injured. “My toes were where my heel was supposed to be; it was like it had overturned. I felt dizzy and I threw up,” the 28-year-old tells SyriaUntold and the Network of the Iraqi Investigative Journalism (NIRIJ). He managed to contact his wife’s parents, who helped him reach a hospital. But the nightmare was far from over.

They sought five different hospitals, driving north and further away from the wrecked capital with each stop, but were told that hospitals were either overwhelmed, or unable to provide necessary medical care.

Finally, a hospital in northern Lebanon took Jawad in. He needed surgery urgently. “The hospital contacted UNHCR and told them, ‘This man has an injury in his leg, do you want to cover the surgery?’”

No answer came that night.

The following day, on August 5, as the Lebanese Minister of Public Health announced on TV that the state would cover the treatment of all those injured in the blast, Jawad sat with his broken leg in the hospital room in Akkar, Lebanon’s northernmost governorate. He says:

It took UNHCR five days to answer the hospital, so I waited five days with my broken leg, taking painkillers.

He underwent surgery five days later, once UNHCR paid. However, despite having sought care at a hospital within UNHCR’s network, the UN agency covered only 75 percent of the cost. Jawad paid the remaining 25 percent of the bill, he says, around USD 428 by the Lebanese pound to dollar exchange rate at the time.

UNHCR spokespeople reached by SyriaUntold and NIRIJ via email maintained that the UN agency covered 100 percent of the medical costs for people injured in the blast who were treated at in-network hospitals. For Jawad, however, that was apparently not the case.

His story of navigating Lebanon’s medical labyrinth — and of eventually having to cover costs himself ⁠— is hardly unique. 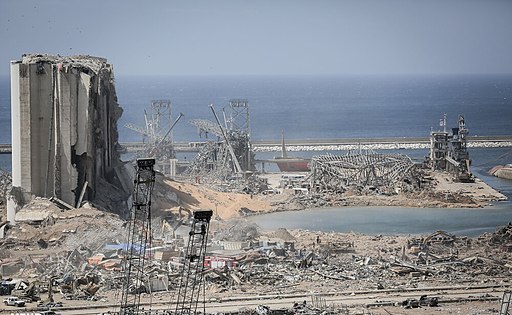 The 2020 Beirut blast has wrecked the Lebanese capital, and thousands of lives. Image used under Creative Commons Attribution 4.0.

A labyrinth of healthcare coverage

Dr. Joseph Helou, Head of the Medical Care Directorate at the Ministry of Public Health (MOPH), told SyriaUntold and NIRIJ:

We covered those who do not have insurance; those with insurance were covered with the insurance, with the MOPH paying the difference.

He also maintained that the ministry didn’t “distinguish between Lebanese, Syrian, Bangladeshi. All the injured were treated in the hospitals.”

While most hospitals reportedly complied, others billed — or tried to bill — the injured, according to testimonies. When asked about compliance with the MOPH circular, Dr. Helou said that “no hospital asked the injured for money.”

The wounded tell a much different story. Five out of the nine people who spoke to SyriaUntold and NIRIJ for this report said they were asked by hospital staff to pay before receiving critical medical care. According to Dr. Helou, MOPH officials “haven’t received any complaint,” as the ministry and Lebanon’s National Social Security Fund (NSSF) were meant to pay the medical costs. He said he was “not aware” of any instances of the MOPH and NSSF failing to cover such costs, and that he had not heard that people wounded in the blast had publicly protested against the authorities’ neglect of their healthcare needs.

Aside from the faulty application of the August 2020 circular, neglect also stemmed from the circular's shortcomings, legal experts say.

Once the injured got out of the hospital and wanted to go back in due to complications or additional treatment, the hospitals did not consider them covered under the MOPH,”

“The immediate medical attendance happened but the follow-up did not, so the injured were left on their own,” adds Samira Trad, director of the Frontiers Ruwad Association, an NGO based in Lebanon that is active on refugee issues and has helped several non-Lebanese port blast victims and family members of the dead to claim their rights.

After the explosion, Lebanon’s healthcare sector received USD 15.5 million of a required USD 33.3 million through the UN-coordinated Flash Appeal 2020, for emergency treatment of traumatic injuries, reconstructing damaged health facilities and assisting remaining healthcare facilities to care for the “surge” of patients no longer able to access the damaged hospitals.

But the economic crash that began in 2019 — dubbed by the World Bank as among the top three most severe economic collapses worldwide since the 1850s — saw the spiraling devaluation of the Lebanese currency, and rendered imports, among them medical supplies, a nightmare. Furthermore, the government didn’t allocate a budget to cover the circulars and laws ostensibly granting rights to port blast victims, the injured and their families,.

“Unfortunately, until now the hospitals haven’t received the money for the cost of the treatment,” Dr. Helow said. This adds to the structural problem of historical debt from MOPH and NSSF to hospitals.

Additionally, MOPH’s agreement with hospitals remains at the official LBP-1,500-per-dollar exchange rate, when actual market rate is around LBP 29,700 per dollar. “At the 1,500 LBP rate, no hospital will accept my payment; I can’t tell the hospitals to work and I don’t pay,” Dr. Helou said.

The harm the past three years have wrought on Lebanon’s healthcare system can be told through the spiraling devaluation of the country’s currency alone. The MOPH’s budget is LBP 475 million — three years ago, when the official LBP 1,500 exchange rate still applied across the country, that budget was equal to USD 330 million. Today, that is only about USD 16 million.

According to a UNHCR spokesperson, UNHCR covers the medical costs only of registered refugees, though “there is a mechanism in place to fast-track registration.”

However, UNHCR stopped registering Syrian refugees in 2015, at the request of the Lebanese government. Today, of the estimated 1.5 million Syrian refugees living in Lebanon, only about 839,000 are registered with UNHCR, according to UN data. The rest are left largely to their devices and often seek assistance from NGOs.

UNHCR spokespeople told SyriaUntold and NIRIJ that, for UNHCR-registered Syrian victims of the port explosion, “100 percent of the hospital costs were covered” by the UN agency. But, in some instances, as with Jawad's, victims had to pay hospital bills.

For three months after the blast, Jawad couldn’t walk due to his leg injury. When he contacted his old workplace, they told him they didn’t have a place for him anymore. “I can’t complain to the company,” he says. “I am Syrian. I can’t do anything.”

Thanks to rehabilitation sessions he received from an NGO, Jawad has recovered but says he can no longer run or carry weight. He needs additional surgery to remove the metal screws from his leg, but he is reluctant.

Having found another job as a delivery worker to make ends meet for his wife and six-year-old son, Jawad and his family have since left their rented flat in Mar Mikhael because it was too heavily damaged by the blast, finding a new place to live in Antelias, north of Beirut. In exchange for taking care of the building, Jawad’s family is allowed to live in a small room on the ground floor with two hours of electricity per day. Every day he dreams of resettlement. “We are in a country that doesn’t like Syrians. Let us go to any country — send me to Sudan or Nigeria. The important thing is to leave Lebanon.”