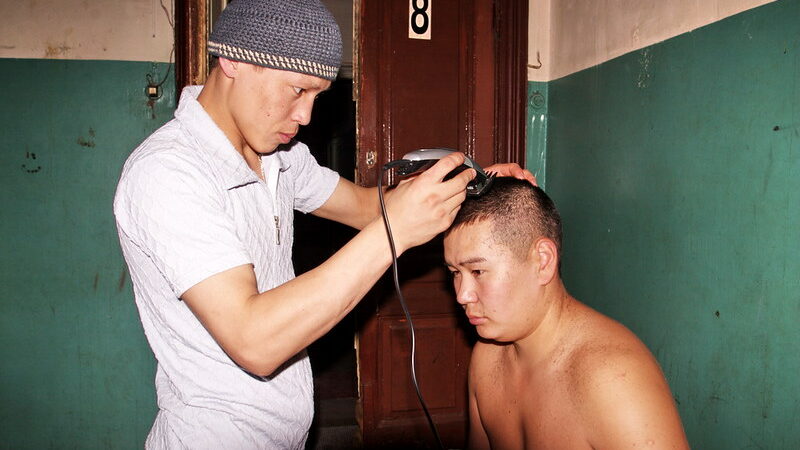 A man giving a haircut to a fellow Central Asian migrant in a Moscow apartment. Photo by Fred S. via Flickr (CC BY-NC 2.0)

On August 2, 2022, a court in Kazakhstan sentenced Murat Meirbekov, a 56-year-old Kazakh resident of Georgia, to 15 years in prison for rape and human trafficking. His alleged accomplice Besik Tordua, a Georgian man accused of rape and induction to suicide, passed away while in custody in Georgia on July 15. The incident exposed a pattern of international human trafficking for the purpose of sexual slavery and the impediments to legal cooperation. According to the court report, the indicted man allegedly invited to Georgia his distant relative Assel Aitpayeva, a 26-year-old Kazakh woman, promising employment, raped her and “completed the transaction” by passing her to his accomplice. According to the Georgian prosecutor’s office, she jumped from the eighth floor of a residential building in the Georgian capital Tbilisi on May 5, after the men raped and threatened her, leading to Tordua's arrest, but the lack of an extradition agreement between Georgia and Kazakhstan would eventually lead to two separate trials in two countries, as Meirbekov returned to Kazakhstan a day before Aitpayeva's tragic death.

The next day, 10 Uzbek citizens were released from labor slavery in Almaty, the biggest city in Kazakhstan, through a coordinated operation by the Kazakh police and the general consulate of Uzbekistan, revealing the horrendous problem of human trafficking and modern forms of slavery in the Central Asian region in general and Kazakhstan in particular. According to the official report of the Kazakh ministry of interior, in the first six months of 2022 alone 57 legal cases involving human trafficking were filed, compared to 103 cases in 2021, while the people pressed into sexual slavery or forced labor, many of whom are foreigners, are often lured by the promise of employment opportunities.

As economic crises, cuts in public spending and subsequent unemployment are commonly regarded as the factors that aggravate the risks for especially vulnerable groups of population to fall victims of human trafficking, or trafficking in persons, as it is legally called, the recession caused by the COVID-19 pandemic is believed to further increase the number of people targeted by traffickers. Moreover, the Russian invasion of Ukraine and the bloody war that lingers for more than five months created millions of refugees, as many others are trapped in settlements invaded or blockaded by Russian troops, increasing the risks of human trafficking and sexual exploitation. The first two-and-a-half months of the war already led to the loss of almost five million jobs in Ukraine alone. 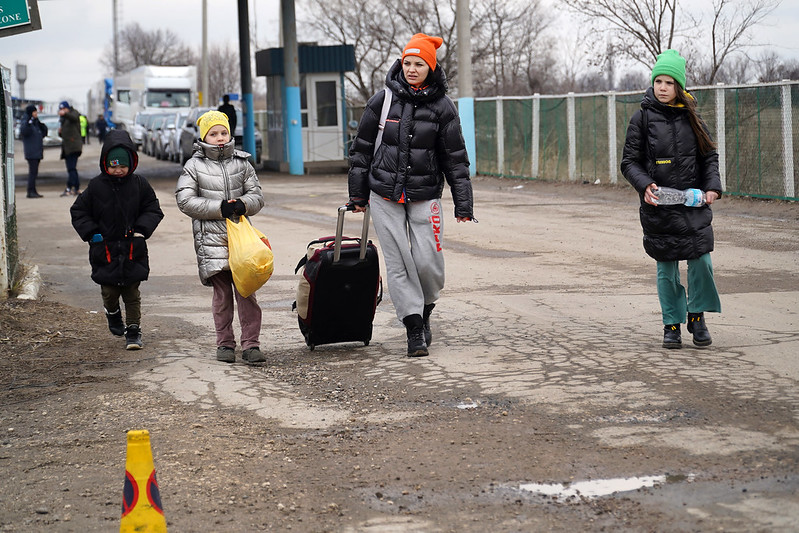 A family of Ukrainian refugees at the Reni-Cahul border crossing point between Ukraine and Moldova. Photo by UN Women via Flickr (CC BY-NC-ND 2.0)

As for the Central Asian region, the recession, unemployment, and disruption of trade and financial flows induced by the war brought the fear of exodus to millions of Central Asian migrant workers in Russia. According to the 2020 data, out of the 11.6 million international migrants living in the Russian Federation, 41 percent are made up from people from the four Central Asian countries, Kazakhstan (22), Uzbekistan(10), Kyrgyzstan (5), and Tajikistan (4), and a great number of them are migrant workers. Anxious about losing their jobs and income, the migrant workers, whose remittances in countries like Kyrgyzstan and Tajikistan make up around a third of GDP, are urgently seeking work in new and unfamiliar countries, such as Japan, Korea, and even the UK, which naturally increases the risks for human trafficking. Besides, since the war and sanctions do not appear to be ending in the foreseeable future, the subsequent job losses for migrant workers and their prospective return to their countries of origin might lead to considerable economic decline in the region, as well as unemployment and further pressure on the Central Asian labor market.

Long before the current stage of the Russian aggression against Ukraine, Russia alone had been the country of origin, transit or destination for up to 1.5 million trafficked people, including subjects of forced labor and sexual exploitation, mostly from neighboring countries. On top of that, Human Rights Watch revealed that there was widespread abuse and exploitation of migrant workers in Russia, which included withholding or delaying payments, and withholding passports or work permits. The fate of “illegal” workers was even gloomier — the visa-free regime with many of the Central Asia states combined with the bureaucratic difficulties of obtaining registration and work permits in Russia pushed many migrants to illegality. According to the prosecutor-general of Russia, 99 percent of criminal cases of human trafficking in Russia in 2020 involved organizing prostitution or distributing pornographic materials, and “illegal” migrants, who tend to avoid contact with law enforcement agencies, often fall prey to these criminals. 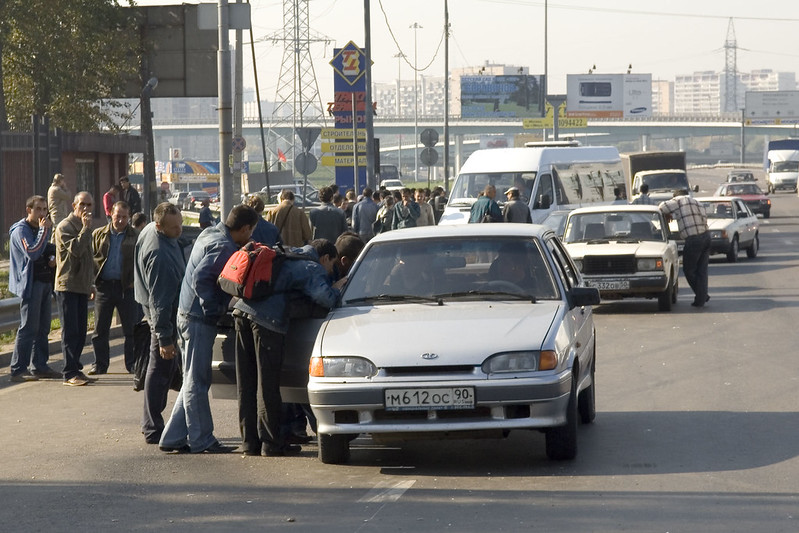 Migrant workers being hired for the construction sector in the suburbs of Russia. Photo by Marcel Crozet / ILO via Flickr (CC BY-NC-ND 2.0)

The current US State Department annual human trafficking report traditionally places Russia among the Tier 3 countries (the worst possible level), along with Afghanistan, China, and Turkmenistan, while the rest of Central Asia, including Mongolia, were ranked among the Tier 2 countries. Along with an ineffective legal and administrative system that often led to the abuse and exploitation of migrant workers, opening a path to human trafficking, the report documents the systematic use of North Korean forced labor and recruitment of child soldiers in the Russian-controlled Donbas region in Eastern Ukraine since 2014. Since the beginning of the war in February 2022, the already frightening situation with human trafficking in Russia has worsened even further, as revealed by horrific reports of the systematic use of sexual violence by Russian troops in Ukraine, forced relocation of thousands of Ukrainian civilians to Russia, and creation of “filtration camps.”

China, another regional superpower, has been systematically involved in action and policies against the Muslim population of its northwestern Xinjiang Uyghur Autonomous Region (XUAR) that qualify as crimes against humanity, as detainees in the so-called “reeducation camps” are subjected to torture, sexual violence, and forced labor. Along with detention camps, as reports reveal, the Muslim population of Xinjiang, predominantly Uyghurs, are forcibly transferred to industrial plants across China, including that of the well-known global brands such as Apple, BMW, Nike, and Samsung. 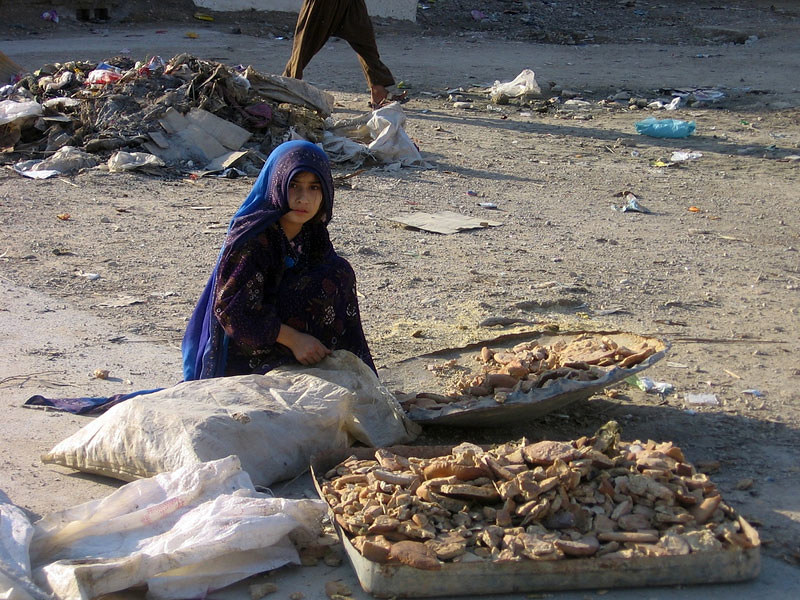 As for Afghanistan, another country in the region with an abysmal human trafficking record, the risks and the scale of vulnerable groups of the population increased tremendously after the Taliban takeover in August 2021, immediately displacing another 900,000 people within and outside the country. Thus, the number of officially registered Afghan refugees in the neighboring countries exceeded two million, with countries like Turkey allegedly hosting between 200,000 to 600,000 Afghans even before the takeover. Despite the drastic decline in economic development and welfare following the takeover, human trafficking and heroin production were reported to be the only two sectors of economy thriving after the fall of the Afghan government. Already in July 2021, the Taliban started collecting lists of girls over the age of 15 for “marriage” with Taliban fighters. According to the latest Trafficking in Persons Report, most of the trafficked people in Afghanistan are children, as more than a million children aged 5–17 are involved in forced labor and sex trafficking, and “boys are more vulnerable than girls to be victims of trafficking,” including sexual exploitation.

In the meantime, the slight but steady decline in the overall number of cases and victims of trafficking across post-Soviet Central Asian states in recent years and the optimism it created might now be resting on shaky ground amid conflicts and crisis in and around the region.