Commuters lose 75 percent of their working hours to Lagos traffic 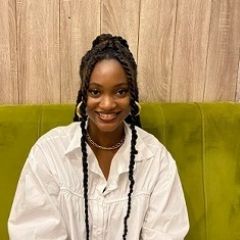 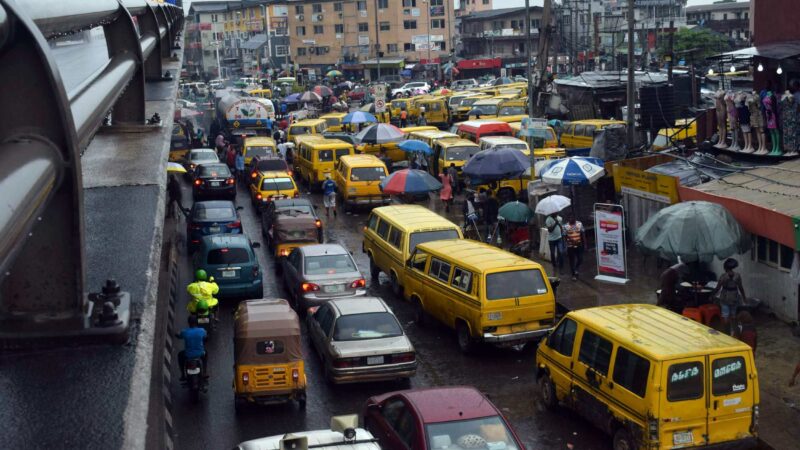 As a trader, Mama Bomboy wakes up at 3 a.m. to get her children ready for school. She barely has enough time for breakfast. She then has to trek to the bus stop where she has to fight to secure a space in the bus. To make matters worse, a journey of thirty minutes can easily morph into one of two hours. All the while, Mama Bomboy fights the suffocating humidity, exacerbated by the atrocious Lagos traffic.

Sadly, like Mama Bomboy, many other commuters have to deal with the effects of the sweltering traffic jams on the roads of Lagos, Nigeria’s economic capital. The situation not only affects the total wellbeing, and mental and physical health of most Lagosians, but also their ability to be productive in their personal and work life.

For many Lagosians, enduring traffic jams is one of the rites of the “Lagos hustle,” normalised so much that it has been adopted as a lifestyle. To illustrate, sayings like “this is Lagos, shine your eyes” [be vigilant] sometimes boldly written on billboards and walls all over the city leave no doubt as to why it is commonly said that “nobody normal for this Lagos.” When you move around Lagos, it seems as though everyone is angry or mad, and soon enough, you notice yourself acting mad too. As Nigerian writer Feyisayo Adeyemi aptly said, “to survive in this city, one has to be crazy.” It’s therefore not surprising that statements in Nigerian Pidgin like “you need to show small craze” or “you gatz change am for dem” (both meaning “you need to exhibit a little madness”) encapsulate the spirit of the city.

Amongst the many interesting “mad people” in Lagos roads are the classic Danfo drivers, known for their signature yellow-and-black-striped-lines buses with uncomfortable wooden seats. Danfo buses are usually characterised by passengers crammed together like sardines. The bus conductors with their stereotypical “agbero-like” mannerisms and angry/sharp-mouthed passengers complement the danfo cultural experience. Countless fights erupt between motorists and conductors or drivers and passengers over the course of a single day, often as a result of impatience and a tussle for space on congested Lagos roads. 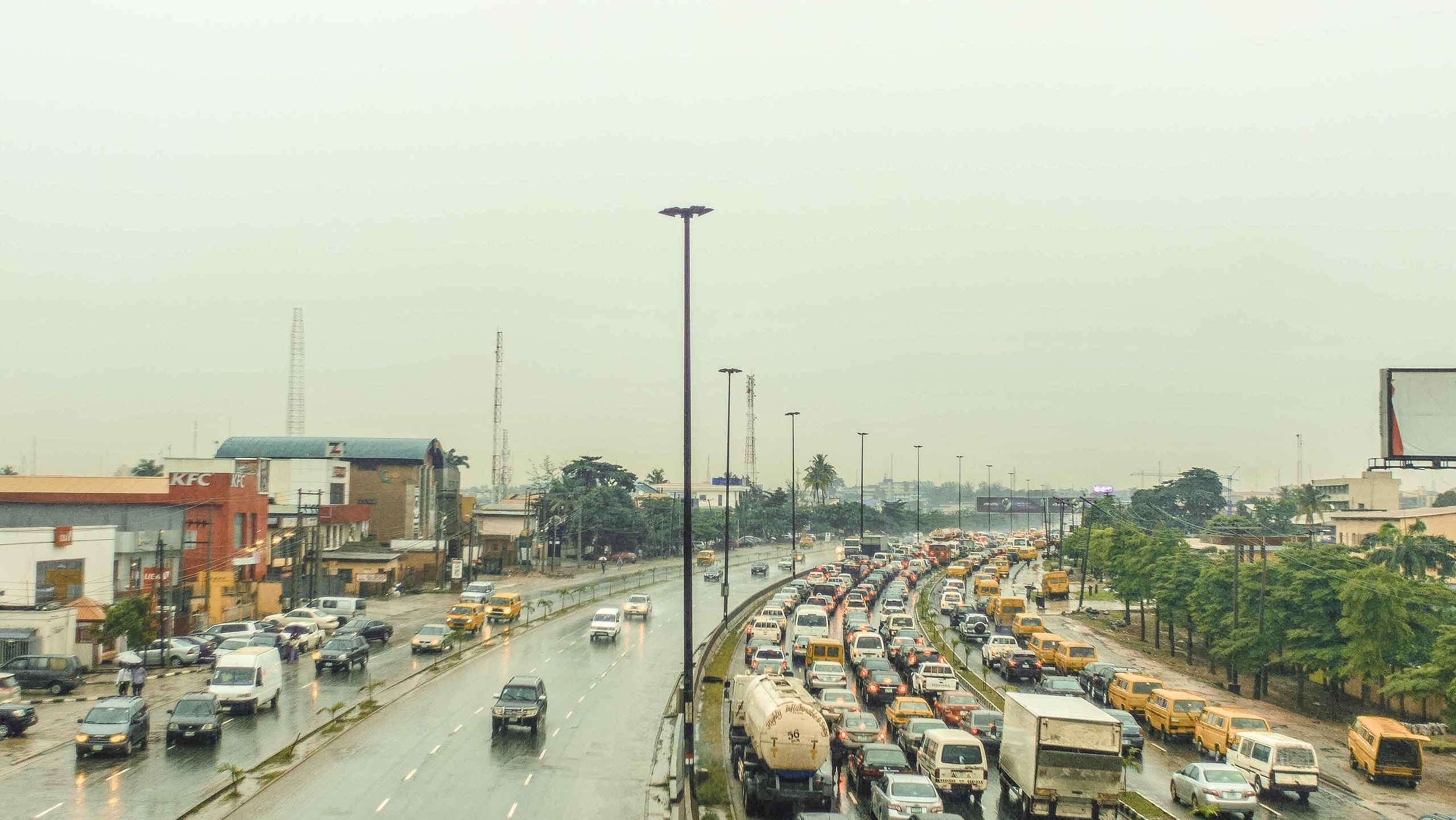 A study by Awosusi Ajoke, a health education scholar in Nigeria’s University of Ado-Ekiti, southwestern Nigeria, revealed that traffic congestion — one of the major causes of air pollution — is a large contributor to cardiovascular and respiratory diseases, particularly for people struggling with asthma and lung function issues. With an average of 200 cars per kilometre on Lagos roads, motorists, pedestrians and other commuters experience first-hand the effects of fossil fuel emission on their health.

Similarly, the gridlock creates mental stress for many Lagosians. Psychiatrist Dr Jibril Abdulmalik told Nigeria’s Punch newspaper that “Gridlock also causes irritability and stress; it is stressful because you have to be alert to prevent someone from crashing into your car. Looking left, right and centre while driving for hours every day increases stress, which causes our body to release stress hormones.” Road rage resulting from traffic has become a significant social problem in the city. It has led to attacks on road users and, in extreme situations, deaths.

Stress in the daily lives of commuting Lagosians has put a strain on their mental health as it trickles into different spheres of life such as family life. The long hours spent on the road have an impact on the education of students who have to leave home before dawn and return late after sunset so as to beat traffic. Nduka Orjinmo, a journalist with the BBC, asserts that children in Lagos that have been exposed to this lifestyle usually develop mental health issues like anxiety, anger issues, depression, short attention spans and sleeplessness. Similarly, with every family member stuck in traffic for the majority of the day, these remains little to no time for intimate family interaction, creating a sense of absenteeism in the lives and minds of the children. Marital life suffers too as spouses become distant and neglected. Often, one spouse begins to transfer aggression onto the other spouse or children, as a result of being stressed out.

“Traffic Stressed Syndrome” is a recently discovered disorder in drivers. David Moxon, a psychologist in the United Kingdom’s Peterborough Regional College, identifies Traffic Stress Syndrome as a form of psychological anxiety that manifests in certain drivers while stuck in traffic. Drivers who deal with this condition have headaches, sweaty hands and increased heart rate. In extreme cases, they experience dizziness, stomach pain and loss of concentration, which results  in poor navigation skills and, sometimes, accidents.

Most importantly, traffic congestion in Lagos has been linked to the surging rate of depression in the city. Dr Olufemi Oluwatayo, a psychiatrist specialist, further explains: “They leave home at 4 a.m, enduring hellish traffic and then have to deal with work pressure and the prevalent job insecurity, not to add individual family problems and responsibility. It is no surprise that, in general, many more people seem to be suffering from anxiety and depression.”

“Man must work to chop” [literally: man must work to eat] is a popular Nigerian Pidgin saying in Lagos. But, with Lagos commuters losing 75 percent of weekly working hours to traffic, there is no guarantee that they will be productive enough to “chop.” Workers who spend the beginning of their day frustrated in traffic most likely start their day unmotivated. This is a great problem not only for the employee but the employer too. Gridlock affects a company to a larger degree, especially when an employer considers logistics costs, haulage cost, and worker punctuality. Also, car owners would take into account the cost of frequent replacements and repairs as a result of the bad road networks around Lagos.

All in all, the effects of traffic congestion on the lives of Lagosian commuters are innumerable. It not only affects the mental health of the city's residents but spreads to the  different facets of their lives: marital, family, schooling of children and social interactions. Likewise, the nation's economy continues to suffer as a whole with over 8 million residents forming part of the nation’s workforce, their productivity reduced by spending a major part of their day commuting around the city.