The fighting has since stopped 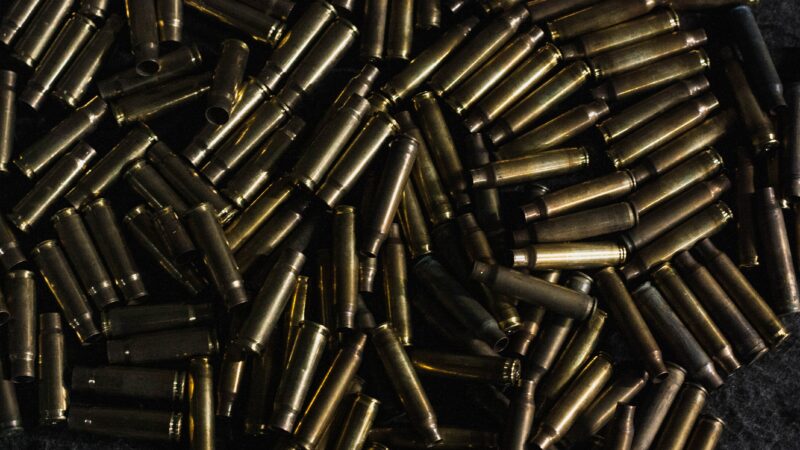 Image by Mykola Makhlai Free to use under Unsplash license.

Two years since Azerbaijan and Armenia fought a 44-day war over the Nagorno-Karabakh region between the two states, tensions are rising yet again this August, with both nations accusing each other of violating the terms of the November 2020 peace agreement that each state signed.

The Nagorno-Karabakh area has been under the control of its ethnic Armenian population as a self-declared state since a war fought in the early 1990s, which ended with a ceasefire and Armenian military victory in 1994. In the aftermath of the first war, a new, internationally unrecognized, de facto Nagorno-Karabakh Republic was established. Seven adjacent regions were occupied by the Armenian forces. As a result of that war, “more than a million people had been forced from their homes: Azerbaijanis fled Armenia, Nagorno-Karabakh, and the adjacent territories, while Armenians left homes in Azerbaijan,” according to the International Crisis Group, an independent organization that works to prevent wars and shape policies.

Following the second Karabakh war in 2020, Azerbaijan regained control over much of the previously occupied seven regions. Azerbaijan also captured one-third of Karabakh itself during the war.

Since the signed November 2020 agreement, there have been multiple reports of ceasefire violations, with each side blaming the other for flare-ups. In March, the Azerbaijani army seized control over a strategic village Farrukh, in the east of Karabakh, protected by the Russian peacekeepers.

On August 1, Nagorno-Karabakh's military accused Azerbaijani forces of launching attacks on its positions in the territory’s north and northwest — Allegations that were denied by the Azerbaijani side.

On August 2, Russian President Vladimir Putin spoke on the phone with Nikol Pashinyan, Armenia's Prime Minister, about the implementation of the trilateral peace agreement signed in November 2020.

According to Azadliq Radio, Azerbaijan service for Radio Liberty reporting, Russian and Azerbaijani defense ministers also spoke on the phone. While it is not been reported what exactly the two talked about, according to Azerbaijan MoD, “the sides discussed regional security, as well as other issues of mutual interest.”

On August 3, the Azerbaijan Ministry of Defense (MoD) said in a strongly worded statement that Armenia violated the ceasefire agreement, resulting in the death of one Azerbaijani soldier in the Lachin district, an area under the supervision of the Russian peacekeeping forces. The MoD also demanded the disarmament of “illegal Armenian formations” around the disputed territory and said it had taken control of several strategic heights following an operation dubbed “Revenge.”

The Karabakh armed forces said two soldiers died and 19 were wounded in the renewed fighting.

According to reporting by Turan News Agency, the capture of the heights strengthens the Azerbaijani Armed Forces’ control over the Lachin corridor. The corridor is a 5-kilometer road running through Azerbaijani territory and connecting Armenia to Karabakh. Since the 44-day war, the corridor has been under the control of Russian peacekeeping forces. According to reporting by Eurasianet, “the road has become an issue of contention in recent weeks, as Azerbaijanis are nearing completion of an alternate road to connect Armenia with Karabakh, and are demanding that Armenians withdraw from the villages along the current road when that happens.” In the meantime, the residents of the villages have expressed concern over their safety and future status.

Armen Grigoryan, the head of Armenia's Security Council, said demands to relocate residents are not legitimate. In an interview with Armenpress, Grigoryan said, “The Parties (Armenia, Russia and Azerbaijan) have agreed that a plan for the construction of a new route along the Lachin corridor shall be determined within the next three years, providing communication between Nagorno-Karabakh and Armenia, with the subsequent redeployment of Russian peacekeeping troops to protect this route. During this period, of course, some work has been done on this direction, but as of this moment there is no agreed plan. In any case, Armenia has not approved any plan, therefore, Azerbaijan’s demand is not legitimate.” Prime Minister Pashinyan echoed Grigoryan's words in a cabinet meeting that took place on August 4.

The European Union called for an “immediate cessation of hostilities” between Azerbaijani and Armenian forces in Nagorno-Karabakh. While the United States expressed concern and said it was following the developments closely, according to State Department spokesman Ned Price. “We urge immediate steps to reduce tensions and avoid further escalation,” said Price.

The Polish chairmanship of the Organization for Security and Cooperation in Europe (OSCE) also expressed its concern via a tweet:

We are extremely concerned about reported armed incidents and casualties in the South Caucasus. We urge 🇦🇲 and 🇦🇿 to take all necessary measures to bring de-escalation and resume dialogue. We remain committed to support all efforts aimed at consolidating peace in the region.

We emphasize that the reason for the recent tension is the presence of illegal Armenian armed troops in the territories of Azerbaijan and provocations instigated by them. The bloody incident and killing of an Azerbaijani soldier on August 3 is precisely the result of Armenia's failure to fulfill its obligations.

Meanwhile, Prime Minister Pashinyan also leveled accusations against Azerbaijan, blaming it for disrespecting articles of the November 2020 agreement during a cabinet meeting on August 4:

If the Russian peacekeeping contingent and Azerbaijan guarantee the inviolability of the Line of Contact, I think, the Defense Army of Nagorno Karabakh will not have a need to be on combat duty. That necessity arose when Azerbaijan refused to sign the mandate of the peacekeepers and is constantly violating the provisions of the 2020 November 9 trilateral statement, including about the stop of all military operations, which is the main essence of the aforementioned document.

During the same meeting, the Prime Minister also raised questions about the exact role of Russian peace-keeping forces deployed in Nagorno Karabakh. This lack of definition was also partly blamed on Azerbaijan. “We must admit that Azerbaijan obstructed this process [clarifying the details of the peacekeeping operation] by refusing to sign the mandate of the activities of the peacekeeping contingent in Nagorno Karabakh, whereas Armenia signed it in November of 2020 itself, and we expect this bilateral-format signed mandate to function fully,” said Pashinyan.

According to reporting by Radio Liberty, the situation was stable as of August 4.