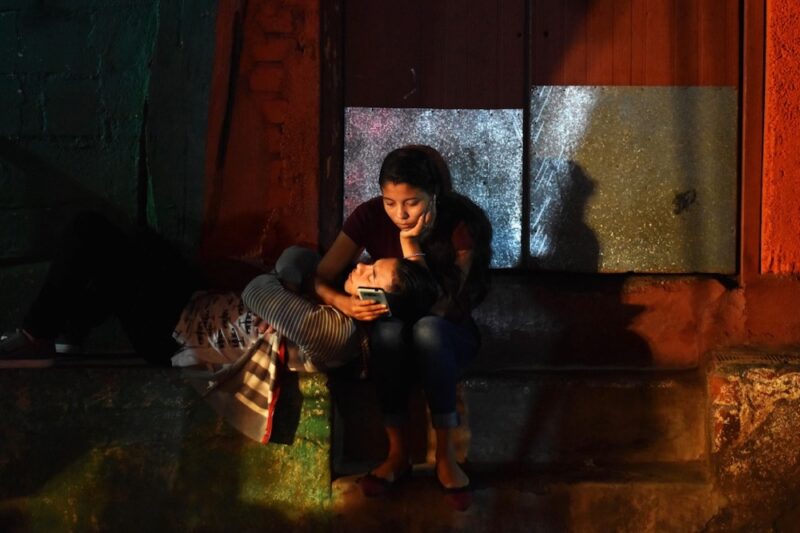 This is an excerpt of IFEX's Americas July 2022 report, republished and edited in Global Voices Advox under a media partnership agreement. IFEX (International Freedom of Expression Exchange) is a global network of organizations that work in defense of freedom of expression. See the full report here [1].

In recent years, technology has prevailed as the go-to solution for fighting crime in the Americas. Nevertheless, this tendency to technosolutionsism by governments has been widely criticised. Tools developed and deployed with the justification that they are needed to fight crime are failing to comply with basic human rights standards, while initiatives to build more “intelligent” cities are turning into invasive systems that collect and exploit data without sufficient transparency. In many cases, authoritarian regimes use new technologies to invade citizens’ privacy, impacting migrant communities, journalists, rights defenders, and political opponents.

Human rights groups point out that governments have been hard at work installing massive surveillance and facial recognition systems without public consultation or participation [2] and using technology developed outside of the region.

Among the cases of the use of the controversial spyware technology Pegasus brought to light earlier this year is that of award-winning Central American news outlet El Faro [3], thanks to an investigation [4] led by a coalition of digital rights organisations (among them Access Now, Citizen Lab and Social TIC). The Inter-American Court of Human Rights has also expressed deep concern [5] and urged [5] the government of El Salvador to open an investigation. Digital rights groups signed a joint statement [6] at the time, calling on international and regional bodies to take urgent actions.

Surveillance technology using biometric data continues to spread in Argentina, Brazil, and Ecuador [7], according to a recent report led by IFEX member ADC (whose acronym stands for “Association for Civil Rights” in Spanish). The report also highlights companies behind these tools that they consider “dangerous” and the policies and practices governments are putting in place through which people’s rights are being undermined. ADC notes that the use of these technologies continues to spread and stresses how vital it is that the general population be informed and aware [8] of these initiatives, as well as their problematic applications.

Sometimes, allegations and investigations into the use of technology in public spaces and the abusive collection of data have resulted in small victories. This was recently the case in Peru, where local organisation HiperDerecho together with international nonprofit Access Now made a complaint [9] that led to the municipality of La Victoria being penalised on July 14 by the national authority of data protection for processing personal data obtained through security cameras.

Another development seen as a win for privacy took place in two of the major cities of the continent: São Paulo, Brazil (in March) and Buenos Aires, Argentina (in April). Local judiciaries ruled against the use of facial recognition, [10] giving hope to activists that they may see similar decisions take place in the rest of the region.

The United States provided a dramatic example of how radical changes in legislation can prove privacy advocates right.  The reversal of the ruling known as “Roe v. Wade,” which eliminated the right to abortion as a constitutional right, sounded alarms about the use of reproductive data [11] online. On this front, IFEX member Electronic Frontier Foundation (EFF, a non-profit based in the United States) has been pushing for the approval of the “My Body My Data [12]” bill, aiming to “protect the privacy and safety of people seeking reproductive health care.” They are also following an investigation led by three members of Congress on the indiscriminate harvesting and selling of data [13] by data brokers.

Public digital surveillance has been on the radar of several organisations based in the Americas in recent years and the focus of numerous awareness campaigns and intensive research. IFEX member Derechos Digitales has published reports on the use of algorithms [14] surveilling urban areas and the impacts of surveillance [15] beyond privacy in Venezuela and Bolivia. And in 2021, Derechos Digitales joined a number of organisations, among them IFEX members Fundación Karisma, ARTICLE19 Mexico and Central America, R3D, and FLIP, to raise awareness on the use of cyber patrolling [16], the surveillance of people’s behaviour online by police and other authorities.

Surveillance practices and technology continue to progress in the Americas. Still, local and international organizations attempt to keep an eye on these developments, spread awareness and strive to earn judicial victories to limit its negative impacts on communities.