There are about 170 political prisoners in Nicaragua 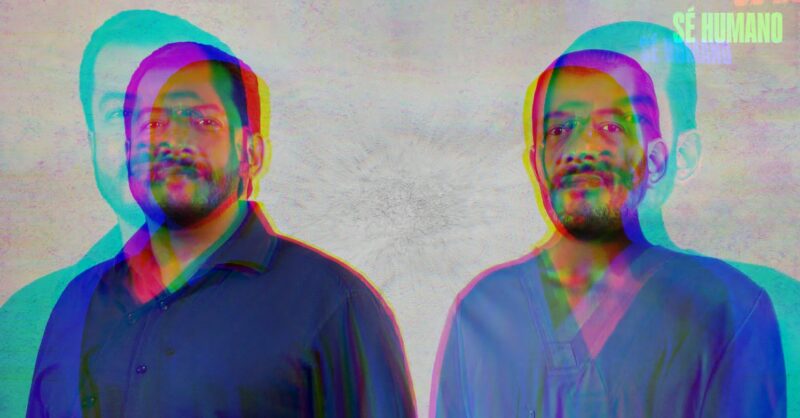 Image comparing Félix Maradiaga's photo prior to his arrest (left) and a composite sketch of him one year later in prison (right) by Nicaraguan advocacy group Sé Humano. The image was modified by Global Voices and published with their permission.

In Nicaragua, about 190 journalists, politicians and activists are incommunicado behind bars. The government and its satellite media – held under the firm rule of Daniel Ortega and Rosario Murillo – often do not speak of these prisoners in their communications, despite many accusations of torture, malnourishment and overall deterioration of mental and physical health.

Last month, however, Ortega’s regime buckled under the pressure of human rights activists and families of the imprisoned and revealed images of one particular prisoner: Félix Maradiaga.

Maradiaga is a prominent Nicaraguan scholar, political activist and former General Secretary of the Ministry of Defense. In 2021, his aspirations to run for president were cut short when he — along with 33 other activists and people interested in running for presidency — were arrested.

In June 2022, a composite sketch of Maradiaga — drawn by a human rights organization based on the description that a family member made after visiting him in prison — went viral on social media. The sketch was initially released by his wife Berta Valle, now a refugee in the United States, and then distributed through different human rights organizations’ fan pages, local news sites, and WhatsApp.

After Nicaragua implemented a cybercrime law targeting digital activists in 2021, only Nicaraguans abroad use their real identities online, while those inside the country predominantly use Whatsapp or post using pseudonyms or aliases.

In recent years, Nicaragua has become the country with the second most emigrants seeking asylum, after Afghanistan. Weighed down by crippling economic means and the lack of basic democratic rights, people are fleeing the country. Now, diaspora Nicaraguans play a significant role in the country’s media sphere and activism for human rights and democracy. 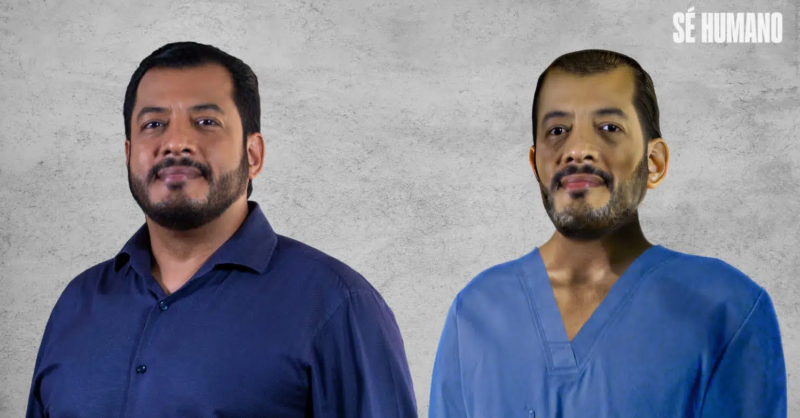 Original image comparing Felix Maradiaga's photo prior to his arrest (left) and a composite sketch of him one year later in prison (right) by Nicaraguan advocacy group Sé Humano.

A day after Maradiaga’s composite sketch was released, on July 2, the Nicaraguan government shared images and a video of Maradiaga at his alleged “confirmation of sentence” proceedings in all its communication apparatus (TV, radio, print and social media). The state intended to refute civil society’s allegations about Maradiaga’s declining health. Yet, Maradiaga’s original trial had been held on March 3, 2022 – it is unsure whether the July images were indeed live or recorded from an earlier event. Maradiaga had been condemned to 13 years in prison for “undermining national integrity.”

“Political prisoners are the main and most urgent issue in Nicaragua in terms of human rights violations. The recently published portraits of Félix Maradiaga and of other political prisoners, created by civil groups and family members, have created a fissure in the government’s narrative and reawakened the public debate about the real conditions of political prisoners,” our researchers say.

When releasing images of Maradiaga, the government-controlled TV channel Canal 4 called him a “criminal” (delincuente). The video reached a large audience and generated controversy, as it was intended to invalidate the prisoner's health condition and accuse him of lying about it. This government narrative can be summarized in the following manner: “There are no political prisoners in Nicaragua, just common criminals.”

This narrative is important because it is the official stance of the government to continue to imprison dissident voices. It applies to people working in NGOs, business people and political activists who are accused of money laundering and conspiring to destabilize Nicaragua.

Sometimes, the government narrative goes further. After being elected president in 2021, Ortega referred to political prisoners in a public speech as “sons of bitches of the imperialism,” and said that they should be taken to the U.S. because they are no longer Nicaraguans.

While some reports use incendiary language, others use calm tones in an effort to appear unbiased. In July 2021, in the height of raids and arrests before the presidential elections, a news site that claims to be independent but is affiliated to the government, published a video. Using a neutral voice-over, it described the wave of arrests with terms such as “the state of that country” or “the Central American country”, as if it were an international report. This is an unusual style from propaganda media.

Human rights activists, Nicaraguans in exile and family members of those imprisoned no longer exclusively worry about due process of justice and the release of the prisoners, but rather the survival of political prisoners in the penitentiary system. In February this year, one prisoner died behind bars under unclear circumstances. These activists and family members claim that “political prisoners are being subjected to unusual levels of abuse in Nicaraguan jails”.

The same day the government showed photos and footage of Maradiaga, civil society actors took the opportunity to demand more from the regime, asking it to confirm the health of the other political prisoners. In this tweet, human rights organization Sé Humano asks that the government allow the entry of human rights organizations in prisons and show the health conditions of these other prisoners. 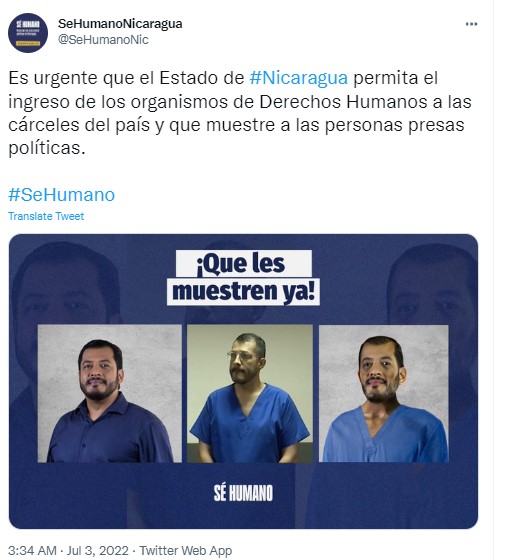 Tweet by advocacy group Sé Humano on July 3. More analysis here.A few days after the first sketch was released, the government started to improve the quality and quantity of food for the political prisoners. This was confirmed by family members during the last approved visit.

Since then, other sketches of prisoners have been produced with images of pre-candidate Juan Sebastian Chamorro, newspaper publisher Lorenzo Holmann, Sandinista figure Dora Maria Tellez and feminist activist Tamara Davila. The government has discontinued the conversation.

Correction: this story was updated on August 5, 2022. The number of political prisoners has been updated from 170 to 190 and the date that the Nicaraguan government released the images was a day after the digital campaign started, instead of a month. The information about the improved quantity and quality of food has been added.