"Fame is not real, votes are" 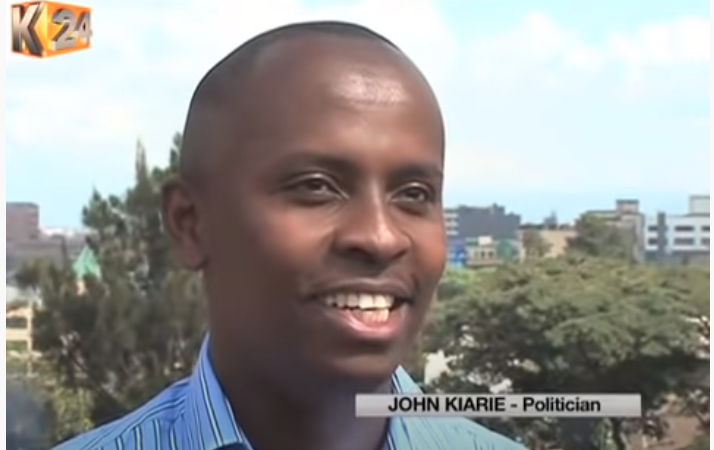 With less than a week to Kenya's general election, some recognizable household names will be popping up on the election day ballot. A number of famous personalities and creatives are vying for political seats even as tensions increase between Kenya’s creative sector and the political class. The additions are shaking up traditional voting patterns and causing many to question those trading their popularity for votes. Others have decried the candidates’ lack of clear strategies for the country’s creative economy.

Fame is not real, but votes are

The 2017 general elections saw quite a  number of famous Kenyan personalities vying for political seats. On her Youtube channel, Caroline Mutoko, a former radio presenter and current program controller at Kiss 100 radio, warned those who believe that they are celebrities against thinking they can finesse their fame into political clout, “Fame is not real, votes are,” she said.

Despite her criticisms in the last election, fast forward to this year, and the list of famous contenders has only grown longer.

From Robert Alai, the controversial blogger whose reputation as a rabble-rouser and a blogging gun for hire has earned him a place in Kenyan media, to Tony Mochama, a poet, journalist, and writer better known as Smitta, there are over 20 famous Kenyans who are vying for a political seat as comedians, journalists, musicians, radio presenters, actors, and MCs hope to join the next government.

Their fellow creatives have questioned their motives. Polycap Otieno of the musical group Sauti Sol mused:

Looks like every entertainer/celebrity in this country is vying for a spot in the new government. Is a political seat the ultimate throne? Or do they really have our best interests at heart? Thoughts…

In a response to his tweet, former radio presenter and podcast host Adelle Onyango pointed out that none of the creatives vying has presented any coherent policy recommendations for the very industry that made them famous.

Which is absolutely ok but what’s strange is I’ve not seen any present a manifesto that details any strategy for even the creative economy! Just using the new political PR buzzwords “help the youth”….ok, how?

For many in the creative economy, securing a political seat is indeed the ultimate accolade.

Despite its economic potential, Kenya's creative industry continues to languish due to a lack of proper policies, policy enforcement, and infrastructure — factors that prevent it from taping into the lucrative global market. In his feature article in The Elephant titled, “Always Behind: Kenya's Languishing Creative Industry,” Alex Roberts compared Kenya's and South Korea's creative industries and how they have faired since the 1970s.

A major factor is South Korea’s investment in the creative economy versus the Kenyan government’s approach of letting the entire sector be deprioritised and left to flounder alone. …

This “lack of seriousness” has resulted in one of the worst policy frameworks for the arts in the developing world. Concerts go unattended, books are not bought (if they can be published at all), grants are not delivered, artistic facilities remain unfinished and draconian regulations are imposed on the content that can be produced.” Roberts writes.

In the period 2007–2009, the creative economy in Kenya was worth approximately Ksh 85 billion [USD 714 million], or 5.3 percent of the GDP. In 2013, the value of the export of creative goods from Kenya stood at USD 40.9 million, according to  United Nations Conference on Trade and Development  (UNCTAD), the last year for which data was available.

For many creatives, especially musicians, one of the biggest points of failure is the Kenya Copyright Board (KECOBO), the body that enforces Intellectual Property laws and supervises Collective Management Organisations (CMOs) which collect music royalties. KECOBO even admitted to failing to adequately secure the rights of artists.

The management of copyright in Kenya is a mess. Effecting reforms in Kenya is fraught with various difficulties,” the Kenya Copyright Board (KECOBO) board’s executive director Edward Sigei said in a statement to the media in 2021.

Moving from a struggling artist” to a “Mheshimiwa” an honorable title for those in political office has become the ultimate goal for many famous Kenyans, and it's easy to see why.  Thanks to the ease in access to mobile internet, fame can come easy and cheap. Sometimes, it's only one viral video away. For most, however, the money almost never follows, leaving many artists struggling to keep up a fake lifestyle.

The relationship between Kenya’s political elite and its creative industry has been a love-hate one that is purely transactional each political cycle.  Whilst many musicians reap big from their music and performances, which at times may include song compositions geared specifically towards drumming up support for aspirants, some politicians have run afoul with artists for copyright violations. When such violations happen, the onus is almost always on the artist to pursue a legal reprieve. With most artists either struggling to make a name for themselves or unknowledgeable of IP laws, political parties often get away with such blatant copyright violations.

Their critical role during rallies in drumming up support for political parties and candidates through performances is forgotten as soon as the elections are over. A classic case of winning the battle and losing the war, only a handful of musicians milk the campaign cash cow by providing the entertainment for the season while still not generating any long-term support for the creative economy.

A former comedian and a Copyright Amendment Bill

In February 2022, John Kiarie, a former comedian (popularly known as KJ) who joined politics in 2017 as a Member of Parliament, did what Adelle Onyango and Polycarp had expressed in their tweets, push an agenda for the creative economy.

Together with a fellow parliamentarian, Kiarie pushed for an amendment motion to fix the artists’ music royalty share on Kenya’s largest telco as part of the Copyright Amendment Bill. Once effected, the law will increase artists’ Skiza Tunes royalties from the current 40 percent to a minimum of 52 percent.

Such success stories are rare.  As ironic as Kiarie’s transformation from being a political comedian to becoming the very politicians he made a living making fun of is, he has managed to do something for the very industry that gave him the fame he needed and to turn it into votes.