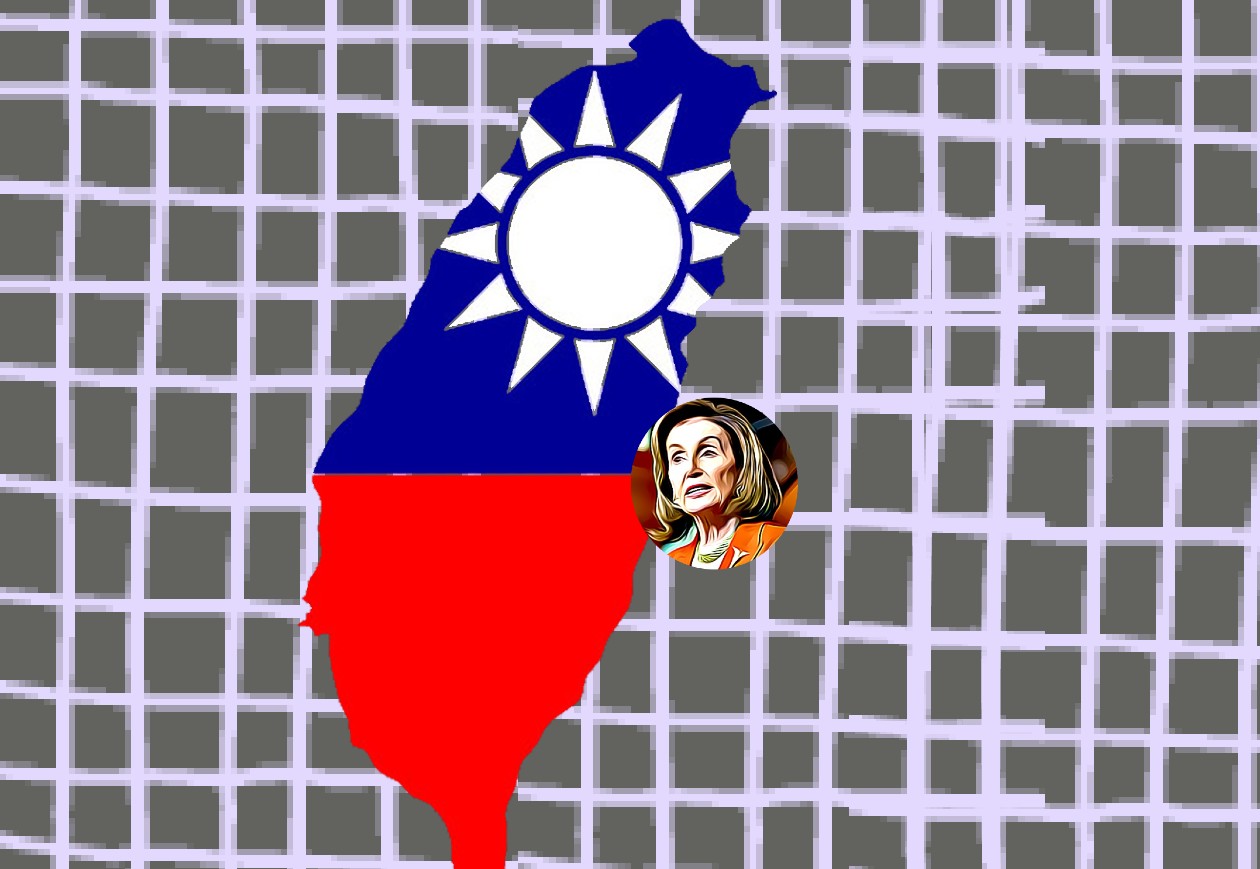 China threatened [1] the U.S with “forceful measures” and “grave consequences” on July 19 after the Financial Times reported about House Speaker Nancy Pelosi’s planned visit to Taiwan in August. The last time such a visit happened was in 1997, there is thus a heated debate on global social media to determine whether or not Pelosi would indeed visit the island, given that U.S president Joe Biden commented [2] that the U.S military did not support her plan.

To visit or not: a political dilemma

As Derek J.Grossman, a senior defense analyst at the RAND Corporation, puts it, the visit plan has put all parties in a tough situation:

Pelosi’s Taiwan visit puts all sides in tough spots. China would have to react or lose credibility. Taiwan would disrespect US if it rejected visit or risk PRC retaliation if it happens. US looks escalatory if visit proceeds, but would appear to be caving to PRC demands if not.😩

While some advised against provoking China, Pelosi's Taiwan trip has strong support from the US Congress. American journalist Michael Tracey highlighted the domestic politics at play:

Would it surprise you to learn that Nancy Pelosi got a round of applause at a meeting of the Trump-backed America First Policy Institute? Because that’s exactly what just happened, when Newt Gingrich declared support for her upcoming trip to Taiwan. “I commend Nancy,” said Newt pic.twitter.com/FJ1Xh8H0PK [4]

The former U.S Secretary of State Mike Pompeo took the opportunity to propose a joining visit with Pelosi:

.@SpeakerPelosi [6]. Nancy, I'll go with you. I'm banned in China, but not freedom-loving Taiwan. See you there!

Pelosi was originally scheduled to stop by Taipei in April during her visit to Asia. But her trip was delayed after she tested positive for COVID-19.

The news about her upcoming visit to Taiwan emerged during European Parliament Vice President Nicola Beer’s Taiwan visit, which is a diplomatic gesture in response to China’s military threat to “unify Taiwan with force” amid the Russian invasion of Ukraine:

#Europe [8] must support #Taiwan [9]‘s democracy, senior EU lawmaker Nicola Beer said on Tuesday at the start of a trip to the island, citing both Russia's invasion of Ukraine and China's crackdown in Hong Kong. @AFP [10]https://t.co/cN5JF7ySwL [11]

Taiwan’s Foreign Ministry described the visit as the first official visit by a high-ranking member of the EU legislative body. When meeting with Taiwan President Tsai Ing-wen, Nicola Beer stressed [13], “Only the Taiwanese people can decide on Taiwanese future.”

China slammed [14] the visit and Beer's remark as a violation of the One China Policy.

After facing defeat in the Chinese Civil War [15] (1927–1949), Kuomintang, the ruling party of the Republic of China (ROC), fled to Taiwan, and the Communist Party of China (CPC) established the People's Republic of China (PRC) in the mainland. In 1971, the ROC’s seat in the United Nations was replaced by the PRC, and Taiwan became a de facto autonomous state without official diplomatic recognition under the “One China Principle [16].”

Since Tsai Ing-wen, the then-candidate of the pro-Taiwan independent Democratic Progressive Party (DPP), won the presidential election in 2015, the cross-strait tensions between China and Taiwan have intensified. Many believe that it is a matter of time before China would “unify with” Taiwan by military force [17] as online nationalists have been promoting the idea and Chinese President Xi Jinping sees reunifying with Taiwan as a significant part of his road map to rejuvenating China.

Compared to Beer, Pelosi’s move is more high-level and symbolic. If she proceeds with her trip, it would be [18] the first visit by a Speaker of the US House of Representatives to Taiwan in 25 years.

As expected, Beijing threatened “forceful measures” and “huge consequences” if she carried out the visit. Hu Xijin, a prominent nationalist commentator from the state-run Global Times suggested the trip might trigger military action:

If she really dares to visit Taiwan, it will be a major serious incident. She will be the enemy that divides China. She will experience a risky visit. She will also bear historical responsibility for possibly triggering a military conflict in the Taiwan Strait. pic.twitter.com/pNXIRvtX0W [19]

The hawkish nationalistic rhetoric has attracted a lot of echoes on Weibo. Many mainland Chinese netizens dare Pelosi to take her trip and have called on the Chinese government to show its military strength.

A few analysts anticipated [21] drastic action taken by Xi Jinping as he is running for the unprecedented third term in the upcoming 20th National Congress of the Community Party of China. Xi Jinping's support has been eroding due to the COVID-19 pandemic and Xi's zero-COVID policy which has undermined the country's economy. Nancy Pelosi's trip may further challenge his authority as a nationalistic leader.

Yet, many Taiwanese do not take Beijing’s threat seriously as they have lived under Beijing threats for years. On Taiwan’s most popular forum PTT, comments [22] on Joe Biden’s “not a good idea” remark are in the form of mockeries.

Like seriously? He said,“Well, I think that the military thinks it’s not a good idea right now. But I don’t know what the status of it is.”

The Taiwanese government has expressed support for Pelosi's visit, and this week it held defense drills to stand up against China’s pressure:

Taiwan is holding its largest annual defense drill this week to boost combat preparedness amid a growing military threat from China.

In Taipei, air sirens just went off and residents are required to shelter in place. pic.twitter.com/7onKRPeJ5C [24]

2nd day of #HanKuang38th [26] #ROCNavy [27] and #ROCAF [28] worked together on joint operations to counter mines, fleet air defense, joint antisubmarine warfare, and counter-air operation.
The drills are meant to find where to improve so #ROCArmedForces [29] has the capacity to #ProtectOurCountry [30]. pic.twitter.com/ZI1thpa73i [31]

As a virtual summit between Joe Biden and Chinese President Xi Jinping will take place later this week, some anticipate a last-minute change in Pelosi's plans.