Opposition lawmaker Zyad Elelaimy has been in detention since 2019 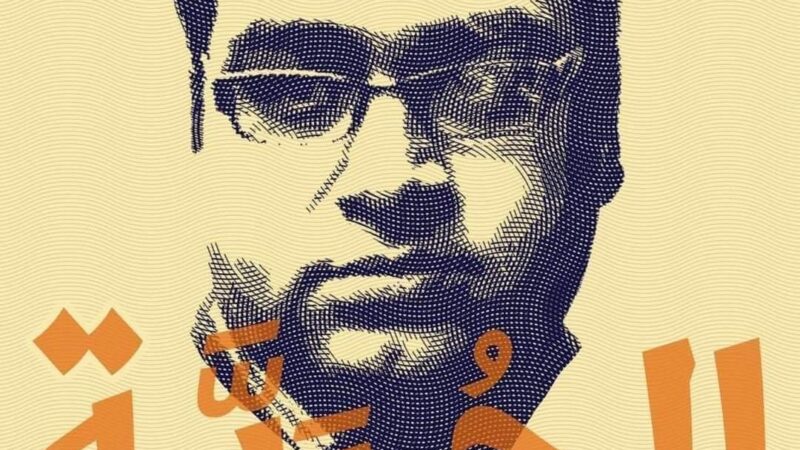 “Good morning Zyad. I pray you, and all the kind people with you, are doing well,” starts the post that Ekram Youssef publishes almost every morning on Facebook, addressing her son Zyad El-elaimy, the opposition activist and former lawmaker who is spending his fourth year in Egyptian prisons on charges widely deemed as trumped up and politically motivated.

In each of these posts, she shares details about Zyad as a child, or a young man, or about herself as a mother grappling with emotions of helplessness and guilt, for the injustice that has befallen her son and thousands of others, many of whom got caught in a vicious, unlawful cycle of renewed pre-trial detentions.

Zyad, a leading activist and member in the secular Egyptian Social Democratic Party and father of a young boy, was arrested along with a number of journalists and politicians in July 2019 in what became known as “The Case of Hope,” after they met with political parties and opposition lawmakers to discuss the possibility of running in the 2020 parliamentary elections. He has been locked in Egyptian prisons since then, on a number of politically-driven charges and accusations.

In a recent post, published on July 14, Yousef wrote:

As you know, I'm old-fashioned and don't know that much about youthful music and loud beats. But many years ago, I was abroad, and you two [Zyad and his brother Bassam] were grown up men, and I learned that Bassam had the flu, and you were alone taking care of him and making him soup! I felt immense guilt: my son was ill and I couldn't be by his side or ease his pain. That day, coincidentally, I came across a Tamer Hosni song that says: ‘My love, when you're far away, in need of touch without even a whisper, close your eyes and reach out, and as soon as I think of you, you'll feel that’. The words really moved me!! Especially because of its calm tunes! I even cried, because I yearned to touch Bassam and soothe him and take him in my arms! This is the same song that come to my mind whenever I feel I want to touch you, pat you and hug you, while you're in your cell! Try it, Zyad! ‘Close your eyes and reach out, and once I think of you, you'll feel the touch'… at any time of day or night, because three quarters of my mind lives with you and thinks of nothing but you, and I live with people with the remaining quarter! I miss you!

A journalist and translator, Yousef said she began her Facebook posts the day after “Zyad's kidnap”. Speaking to Global Voices via Facebook chat, she explained how the idea first emerged:

My profession of over 40 years, has been writing, and I've been interested in public issues. I used to attend court trials of prisoners of conscience following the revolution and tell people via social media about these cases, because the press didn't carry their news, and I felt it was the least I can do to these people and their families to carry out the role of telling their stories/cases to the public.

Following Zyad's arrest, “a personal aspect was added” to that mission. She said: “All that mattered was for me to express the pain brewing inside me, and to keep alerting people to the arrest of prisoners of conscience who, under the the law, constitution and international decrees, do not deserve being arrested for their peaceful expression of opinions.”

Yousef's emotionally-laden words get hundreds of reactions and responses each time, something that, she tells Global Voices, she had expected from the beginning, “since I know how loved Zyad's personality is, and how many people remember him for his noble and decent stances with them.”

Zyad rose to prominence in the lead up to Egypt's 2011 uprising, and was among the eruption of youthful voices that called for political, economic and social reform in the Arab world's most populous country.

Since then, he has been a vocal critic of successive governments that came to the helm. In 2012, and as a lawmaker in the short-lived parliament that was elected after Mubarak's ouster and which largely reflected the changes after the uprising, he is remembered for insulting the then defense minister and top general, Mohamed Hussein Tantawi. For criticizing him and the military council's handling of the post-Mubarak era and the generals’ abuses against young protesters, Zyad was brought before a military prosecutor.

After his arrest in 2019, Zyad was held without trial for two years, and was instead brought before court on another charge — for an interview he gave the BBC in 2017, raising doubts over the feasibility of national megaprojects — in which he was found guilty of “spreading false news with an intent to spread panic among the people and disturbing public peace” and then sentenced to a year in jail and a fine of EGP 20,000 (around USD 1,270).

It is outrageous that he has been punished with a year’s imprisonment simply for speaking to the media. The unfounded charges of which Zyad has been convicted stem solely from the peaceful expression of his opinion and his peaceful political activities, demonstrating the Egyptian authorities’ total intolerance of dissent.

On top of this, the activist — who has been added to Egypt's list of terrorists to which opposition politicians are often added —  has been denied adequate healthcare by prison authorities for sarcoidosis, asthma, hypertension and type 2 diabetes, which he had before being detained, in addition to a heart condition he developed while in prison, Amnesty reported.

Through it all, Yousef continues her prayers for, and her posts dedicated to her incarcerated son, whose visits are brief and inadequate. “And just as I write about Zyad, I write about other political prisoners, those whom I personally know and others whom I don't, but are written about by others,” she concluded.