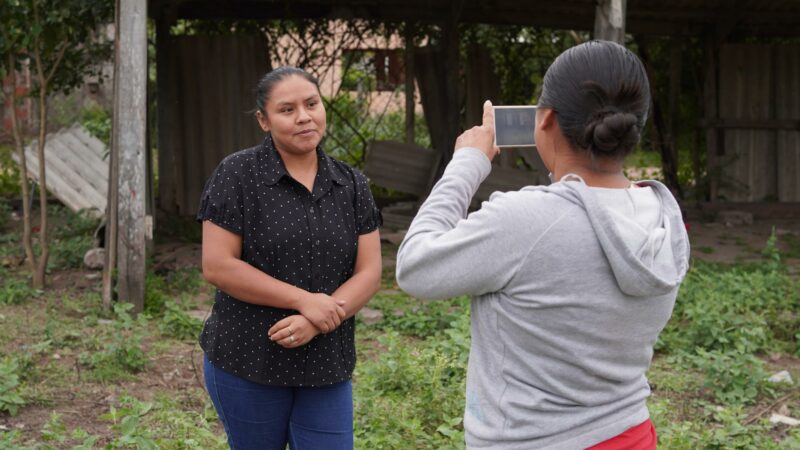 This article was originally published by the Bolivian digital magazine Muy Waso and republished by Global Voices as part of a media partnership.

A series of innovative digital projects are using technology to help local populations become more resilient against the effects of the climate crisis in one of the most biodiverse forests in Latin America. The Gran Chaco region is the second largest and most important forest in South America. Its area extends over four countries and covers more than 100 million hectares. More than eight million people live in this territory.

Due to its natural conditions and human intervention, the Gran Chaco is one of the most vulnerable regions to the effects of the climate crisis in Latin America. Soil erosion, desertification, and the alteration of the hydrological regime are some of the issues that already impact this territory.

For the next 30 years, even greater impacts are expected, especially droughts and floods, as well as the increase in extreme weather events.

According to the Fundación Vida Silvestre Argentina, if deforestation and change of land use in the Gran Chaco continue as they have been up to now, the results would be catastrophic. By 2028, this region could lose the equivalent of 200 times the area of the city of Buenos Aires.

As Verónica Quiroga, who holds a Ph.D. in Biological Sciences, explained to Mongabay, “cycles of extreme floods and droughts are natural in the Chaco,” but now, droughts and floods happen much more frequently. “These cycles were measured in decades, and now they are measured in years,” Quiroga added.

Living in the Gran Chaco

According to the most recent reports, more than eight million people live in the Gran Chaco. Almost 300 thousand of them are in Bolivia. Among this population, there are at least five communities of Indigenous peoples.

Most of the Chaco men and women “engage in agriculture, livestock breeding, beekeeping, and handicrafts.” However, agro-industrial development and large-scale production threaten many of these activities.

These local problems, exacerbated by local climate change, put the survival of the inhabitants of the Gran Chaco at risk.

“This new climatic variability is already affecting the populations and their production systems, with loss of agro-productivity, reduction in the quality and availability of water, overflowing of rivers, and fires,” warns Mauricio Moresco, coordinator of Gran Chaco Proadapt.

For Moresco, it is urgent to “accelerate the creation of new capacities, tools, knowledge, production and commercialization models that allow the communities of the Gran Chaco and their ecosystems to reduce their vulnerability.”

Connectivity and technology during a crisis

The Pilcomayo river crosses the Gran Chaco through three countries. It travels more than one thousand kilometers from its sources in Bolivia to Argentina. Pilcomayo is one of the rivers with the highest amount of sediment transport in the world and during floods, up to a third of its entire volume is made up of sediment.

During rainy seasons, this feature and its unpredictable trajectory cause many houses and crops in surrounding towns to end up buried in mud. 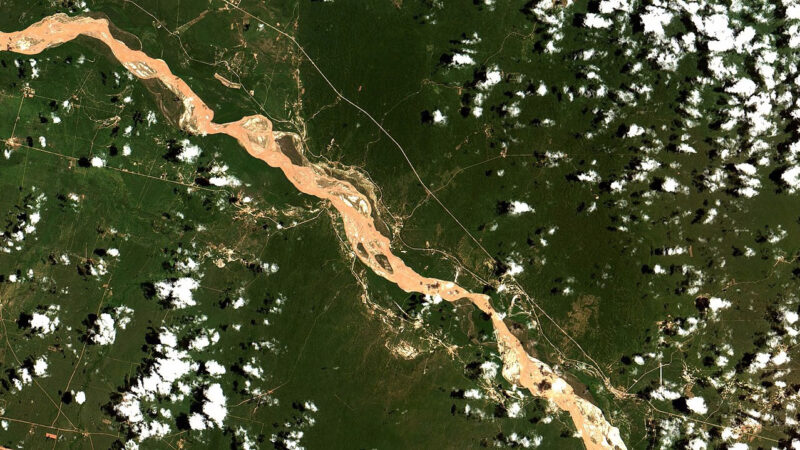 To face these risks, at the beginning of 2000, Indigenous peoples began to implement a regional participatory process involving Argentina, Bolivia, and Paraguay. Since then, this process has been strengthened and supported by various organizations to become an early warning system using digital media. WhatsApp is the most used app, as it is the most widely accessible communications app in the area, but Telegram, Twitter, and Facebook are also used in the project.

The Early Warning System, also called SAT, is an initiative that involves the collaboration of different sectors, such as technicians and locals, but it is managed by the local populations. According to the Global Commission on Adaptation, in cases of nearby storms, just 24 hours’ notice can reduce the damage by 30 percent.

Marko Carrasco from the Fundación Avina, an organization that supports this initiative, says that it is “a broad collaborative process that results in adaptation, conflict resolution, crisis management actions, and constant climatological data.”

The Nanum: Mujeres Conectadas (Women Connected in the Gran American Chaco) is a tri-national project made up of public and private organizations from Argentina, Bolivia, and Paraguay that has been implemented since the end of 2019 through actions and alliances to digitally connect five thousand women throughout the Gran Chaco.

Through this initiative, women can form warning networks in cases of emergency, climate information and environmental communication programs, and even market their products.

“In today's world (…) information is key when making the right decisions in the face of these impacts. Communities are aware of the urgency of taking action to mitigate climate change, adapt to its effects and monitor its impacts,” says Marcela Zamora, country manager of NANUM Mujeres Conectadas in Bolivia and head of conservation at Fundación Nativa.