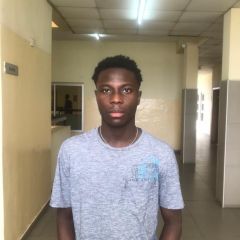 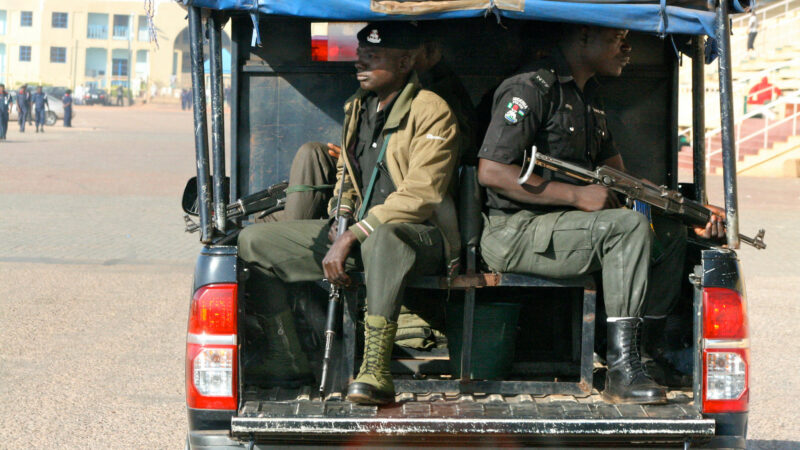 The irony of Nigeria’s current security challenges is that the country has made, and continues to make, huge investments of financial, human, material, and military resources to promote Africa's development, peace, and security on the continent. This explains why “African countries still look up to Nigeria” despite its many “flaws as a nation,” asserts John Usanga, Nigeria’s ambassador to Guinea Bussia. Yet, Nigeria currently ranks as the world’s 17th least peaceful state, according to the 2022 Global Peace Index

On March 28, 2022, an Abuja-Kaduna bound train was attacked by terrorists,  and at least 62 people were held hostage and nine were killed. In a video recorded before one of the abductees was freed, the bandits reportedly said that the “government should hasten to meet us before we turn this place into an abattoir because killing these people is nothing to us.” But what was more shocking was the bandit’s assertion that “It’s not about money. We can’t do this for money. The government knows what we want,” according to the Vanguard, a Nigerian newspaper. This act of violence was apparently driven by a personal dispute between the bandits and government officials. Amid this political landscape, it is no surprise that citizens are terrified, with 242,326 Nigerian fleeing abroad at the end of 2019 alone, according to the Migrants and Refugees division of the Vatican.

Boko Haram, a terrorist group founded in 2002 in north-eastern Maiduguri, has been the Nigerian military’s biggest threat over the years. The terrorist group has reportedly been responsible for the deaths of over 350,000 Nigerians since 2009, according to the United National Development Program (UNDP). In 2014, the terrorist group whose name “Boko Haram” means “Western education is forbidden” kidnapped 276 female students aged 16–18, mostly Christians from the Government Girls Secondary School in the town of Chibok in Borno State, Nigeria. To date, these 109 girls are still in captivity. More recently, on June 6, Boko Haram terrorists set three trucks ablaze on the popular Damaturu-Maiduguri road in Borno in northeastern Nigeria, reports SaharaReporters, a Nigerian news agency.

Nigerians are scared for their safety and rightly so. In 2019, there were about 12 deaths per 1,000 inhabitants in Nigeria, and in 2018, there were 838 reported kidnapping cases in Nigeria, according to Statista, a German data collection company.

However, the security situation in the country is not only threatened by armed banditry or terrorism, but also from everyday citizens.

On March 29, at the MKO Abiola Stadium in Abuja, Nigeria’s capital, after the final whistle, Nigerian fans stormed the pitch and destroyed the stadium. This violent attack followed Nigeria’s loss at the African Nations Cup, a competition in which they were supposedly favorites, says ESPN. In addition to this, the country did not qualify for the World Cup for the second time in its history — for the first time since 2006. Ghanaian fans were reportedly forced onto the pitch after a number of them were attacked in the stands. The violence may have triggered a heart attack for Dr. Joseph Kabungo, the doping officer for the Abuja-Ghana match, who died shortly after the final whistle.

Similarly, at Kano’s Sani Abacha Stadium on April 16, enraged Kano pillar fans stormed the field in the 82nd minute, destroying vehicles, attacking other fans, causing players and match officials to run for safety, and forcing the game to be called off prematurely. This incident happened less than a month after the horrific scenes at Nigeria’s World Cup qualifiers match against Ghana at the MKO Abiola Stadium, Abuja.

This also shows that citizens are not always the victims, but can be the violent assailants as well. Hence, insecurity in Nigeria will continue to fester with bad-faith actors aggravating the situation, knowingly and unknowingly. In contrast, in a real Global Peace Index annual report conducted, African countries like Mauritius, Botswana, and even Ghana, Nigeria’s neighbors are considered much safer countries. Mauritius and Ghana currently sit as the 28th and 38th safest countries in the world.

Almost every part of the country is unsafe. This instability is a direct outcome of civilians, governing entities, and national security personnel engaging in terrorist-like activity on a regular basis. Nigeria must act immediately as a unified front (citizens and government) to implement a strategy to delay but eventually reverse this fast-moving trend, defending their people and nation so that it can continue to be one “united” Nigeria for future generations.