In Georgia, leaked recordings suggest the state is surveilling newsrooms

The surveillance deployed by the state is not new 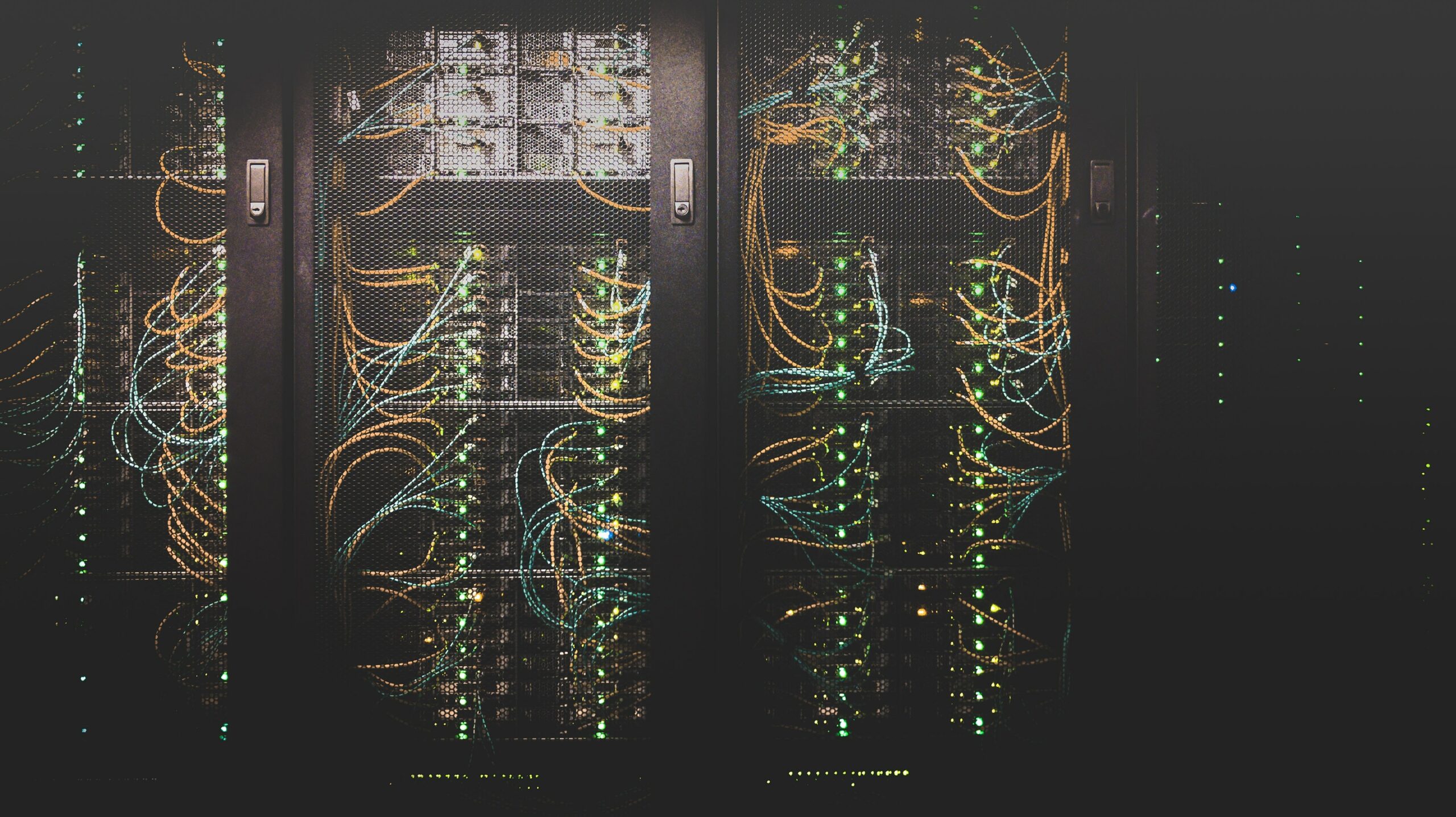 Image by Taylor Vick on Unsplash. Free to use under Unspash license.

Georgia's pro-ruling party television channel, Maestro TV, aired unlawfully obtained and purposefully edited audio recordings from an opposition media newsroom, Mtavari Arkhi TV, on July 13. The director of Mtavari Arkhi, Giorgi Gabunia, confirmed the authenticity of the leaked conversation that took place in November 2021, but added the recording was edited. On July 14, in a public statement, Gabunia called on the office of the public defender, non-governmental and international organizations based in Georgia, as well as ambassadors to hold the perpetrators of surveillance on journalists to account.

Mtavari Arkhi's director Nika Gvaramia was sentenced to 3.5 years in prison on alleged corruption charges in May 2022.

The State Security Services said it has launched an investigation into the leaked recordings.

Gia Gachechiladze is the host of “Utsnobis kidobani” [“Ark of the Unknown”], the show that aired the recordings on Maestro TV. He said they obtained the recordings from “critical media” but failed to elaborate on the specific source.

According to the reporting by OC Media, the recording captured a conversation between four Mtavari Arkhi employees in one of the station's meeting rooms around November 2021. In the recording, the four journalists were discussing leaked documents that were provided to them by a man named Soso Gogashvili. Gogashvili was the deputy head of the State Security Service, a position he held between 2015 to late 2018. The documents leaked to the journalists exposed allegations that the ruling Georgian Dream Party was commuting the sentences of prisoners in exchange for their votes during the 2021 local elections, after he had already left. According to OC Media, Gogashvili confirmed that he was behind the leaked information.

The surveillance deployed by the state is not new. In September 2021, the Organized Crime and Corruption Reporting Project (OCCRP) published a story about the State Security Service of Georgia resorting to “widespread surveillance and wiretaps, roiling the media and the internet in Georgia, featuring details about the personal lives of journalists, civil activists, politicians, and clerics.”

The story was based on some 3,000 leaked files that contained audio recordings, personal email correspondence, and other private information of journalists, non-governmental organizations, and diplomats based in Georgia. The State Security Service denied the allegation, calling the leaked documents were disinformation.

Following the leak, Nino Lomjaria, public ombudswoman, expressed her shock at the scale of surveillance deployed by the authorities on Palitranews television, “We are not talking about 20 or 30 people. We are talking about hundreds of people and the people associated with them.”

While the ruling party of Georgian Dream denounced the leaks, Prime Minister Irakli Gharibashvili downplayed the revelations. “As for the surveillance, it happens in every country, and our country is no exception. Yes, we conducted surveillance, but in accordance with the law and within the limits of the law,” said the PM, according to reporting by Radio Liberty at the time.

A joint statement released by the diplomatic corps based in Georgia described the leak as a “serious breach of the Vienna Convention on Diplomatic Relations of 1961 and compromises normal diplomatic work in Georgia.”

In March 2021, Georgian Deputy Interior Minister Kakhaber Sabanadze resigned following another set of leaks that indicated “he ordered the intentional disruption of a gathering of opposition groups and used illegal surveillance to keep track of some politicians.” The information was leaked to Mtavari TV and TV Pirveli by former State Security Service employee Vano Gulashvili.

In a most recent annual report, an independent local watchdog organization, the Institute for Development of Freedom of Information (IDFI), said that based on its studies of leaked documents, “the likelihood of these materials to have been processed by the State Security Service based on systematic, unlawful surveillance was high.” In another report released in 2021, the IDFI said, the number of wiretapping and covert recording of subscriber numbers have been on the rise since 2018 and that “illegal wiretapping and the dissemination of secret recordings, as well as the impunity of the perpetrators,” remained as serious problems, indicative of “the lack of adequate safeguards for the protection of the right to privacy.”

In 2017, the Georgian Parliament adopted a final draft of a law establishing a covert surveillance agency under the auspices of the State Security Service. In its previous form, the Personal Data Protection Inspector (PDPI) of Georgia had to consent to government agencies requesting permission to undertake surveillance operations that were carried out by the Ministry of the Interior.

In June 2022, the President of Georgia, Salome Zourabichvili, used her veto powers against a list of amendments on wiretapping to the Criminal Procedure Code that cleared the first reading in April of this year and were adopted on June 7, 2022. The president was urged to veto the amendments in a statement released by a group of Georgian civil society groups earlier that month:

The legislative amendments have a number of shortcomings, but the most disturbing among them are the new rules of setting timeframes for covert investigative actions and notifying an individual of a covert investigative action: in particular, covert eavesdropping may be conducted for an indefinite time for investigating 77 types of crime, and in case of several types of crime, an individual may not be notified of being wiretapped for 30 years. Consequently, such individual will not be able to ever use the right of appeal, to exercise the right to fair trial and to defend his/her right to privacy.

According to the legislative amendments, the maximum term of covert investigative action has increased from six to nine months while the list of crimes for which covert eavesdropping and surveillance may be conducted has extended to include additional 27 less serious crimes.

The adopted bill renders those positive legislative changes useless, which were implemented in 2014 with the active involvement of civil society and experts from the Council of Europe.

The European Commission also listed the illicit surveillance as a key fundamental rights issue stalling the country's application for European Union (EU) membership. As such, it was not surprising that in her remarks on the decision to veto the critical amendments, President Zourabichvili said that she would veto any bill that would set the country back on its path to becoming a member of the EU. Georgia has six months to address concerns highlighted in the Commission's opinion before the Commission revisits its recommendations.

Pressure on the television channel

This is not the first time the opposition television channel and its reporters were targeted. In March of this year, Zviad Ablotia, the cameraman of Mtavari was attacked in the city of Zugdidi. His colleague, the outlet’s correspondent Ema Gogokhia was also threatened by the same group of unidentified men who broke Ablotia's camera during the scuffle.

According to Reporters Without Borders:

In November 2021, it [the channel] was fined 111,303 Lari (36,469 euros) for broadcasting videos supporting Saakashvili, an opponent of the now ruling Georgian Dream party. Representatives of this party, including deputy prime minister and culture minister Tea Tsulukiani and Tbilisi mayor Kakha Kaladze, have accosted and harassed Mtavari Arkhi TV reporters while they were covering the party’s activities.

In September of last year, one cameraman and one reporter of Mtavari Arkhi were physically assaulted at the office of the ruling Georgian Dream party. According to local media reports, the cameraman, Levan Ablotia, was thrown out of a second-floor window. The representatives of the party denied the allegations saying the cameraman fell while trying to provoke the party representatives.

In 2020, the channel was targeted by the authorities on the grounds the television channel aired a fake story about residents getting paid by the government for reporting COVID-19 as Marneuli Municipality's residents’ cause of death.