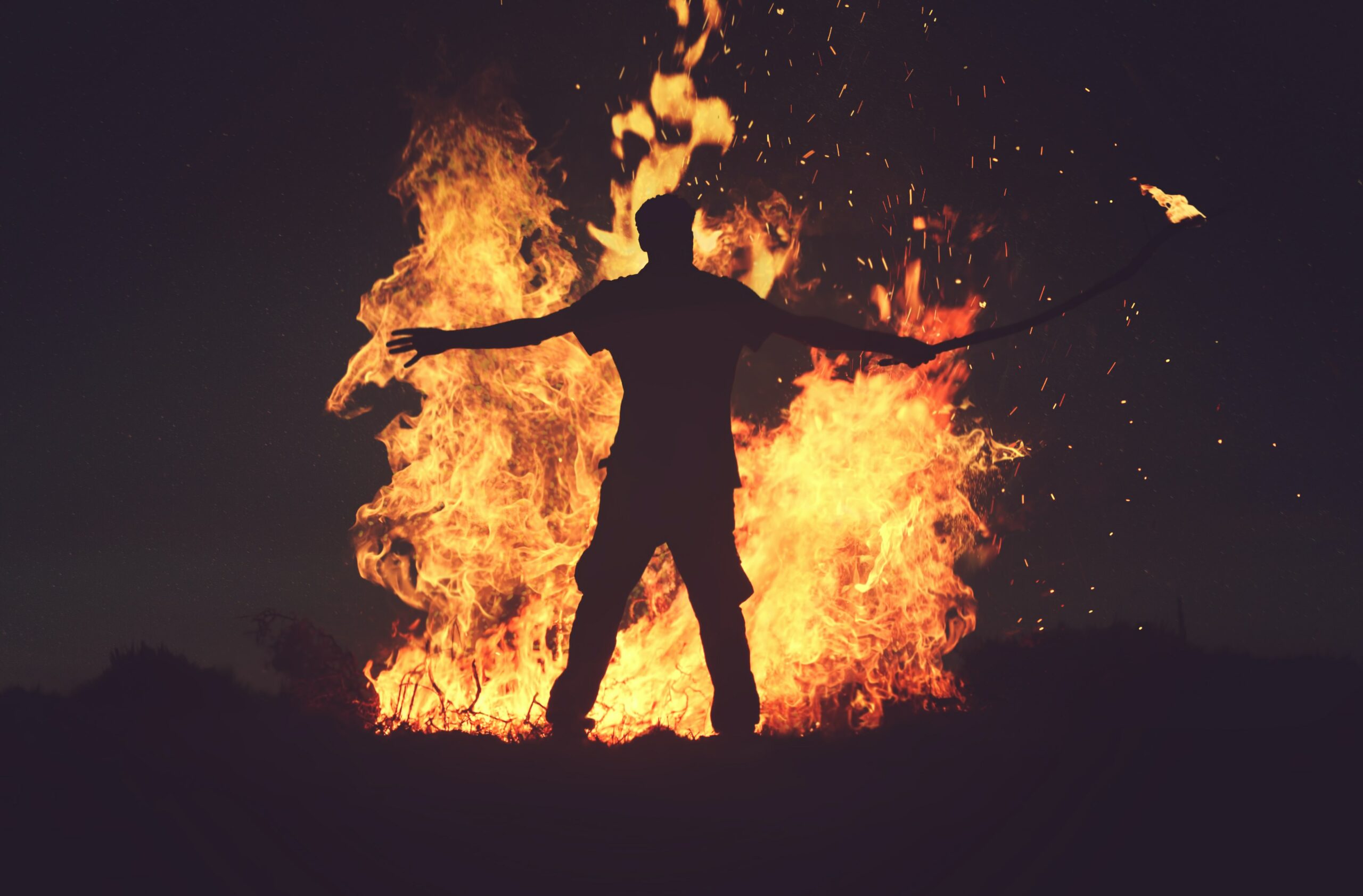 Image by Mohamed Nohassi on Unsplash. Free to use under the Unsplash License

Elvin Jafarov, 35, a father of two children, set himself on fire outside the executive authorities building in Sabirabad district of Azerbaijan on July 10. Jafarov was a decorated second Karabakh war veteran who returned from war and was diagnosed with a contusion. Upon his return, Jafarov was assigned a government pension, but two months ago, it was canceled with no explanation. He tried to get in touch with the local authorities but got no response.

The war veteran died from his burns two days later at a hospital in Baku, according to news reports. By some accounts, at least fifty war veterans have attempted suicide since the 44-day war that Armenia and Azerbaijan fought in 2020. Of those attempts, 36 of them, including Jafarov, have been fatal. The Sabirabad District Prosecutor's Office said it is launching an investigation.

Local officials were quick to defend themselves. According to reporting by Turan News Agency, the chief of the press service for the Ministry of Labour and Social Protection, Fazil Talibov, listed all the financial assistance Jafarov and his family were receiving from the state since Jafarov's return from the war, including one-time assistance the war veteran's family received last year.

Meanwhile, the head of the Sabirabad executive authorities, Siragaddin Jabbarov, refuted the claims that he refused to meet the war veteran. Jabbarov told local media at Jafarov's funeral that he has met the war veteran on many occasions and was not aware of his recent requests to meet. But according to Jafarov's brother, this was not the case. In an interview with Meydan TV, brother Elnur Jafarov said it was the authorities’ negligence amid his brother's pleas for help that drove him to the point of committing suicide. “The chief executive can plant and water trees well, but this does not mean he is a good person and a good [government] official. I wish that when my brother was crying for help under his window, he would have listened to my brother.”

One day before the incident, Jafarov was seen in a video saying, “they did not have to break me the way did the other day,” referring to a meeting he had with someone at the executive powers office. In an interview with Meydan TV, Jafarov's mother asked for justice and to find those who brought her son to the brink and forced him to commit suicide.

On social media platforms, Azerbaijanis demanded answers from the officials. In a Facebook post, journalist Aziz Orucov asked why war veterans were committing suicide while officials remained in power or were left unpunished.

In a comment shared on Facebook, the opposition NIDA movement suggested the government was deliberately ignoring war veterans’ problems and complaints.

For 2 years, war participants and veterans have repeatedly protested about their social problems. However, there is no reaction from any state institution, relevant bodies and individuals.

Since their return home, war veterans and their families have staged protests outside of government buildings complaining of inattentive authorities and lack of assistance — financial as well as psycho-social. During one such protest last month, a group of veterans broke into the Ministry of Labour and Social Protection building when officials refused to address their demands.

The state officials claim most war veterans have been provided with sufficient assistance. Member of the parliament Razi Nurullayev said on July 12 in an interview with Pravda news that while he is saddened by the news of yet another war veteran committing suicide, the state has been actively engaged in resolving their problems.

We are talking about 5,000–6,000 war veterans whose problems remain unaddressed. They are among the 11,000 wounded servicemen who returned from the 44-day war. Their problems are being used to target the state by those who don't care about resolving the issues war veterans are facing. They are using them for their own interests.

War veterans disagree. On July 13, a group of war veterans staged a protest outside the parliament building, demanding the state better meets their needs. “We want jobs. We cannot get by with salaries we have been assigned,” said war veterans during the protest, lamenting the lack of public support. Previously, war veterans demanded that they all receive war veteran statuses and assigned insurance and public benefits.

In a recent piece published by the Baku Research Institute, an independent think tank in Azerbaijan, author Farid Mehralizadeh points out the inequality in insurance payments and benefits assigned to servicemen compared to members of the Azerbaijani parliament. Taking into account the salary increase the parliament members recently received, the analyst notes that there is a vast discrepancy in payments to families of war veterans and of members of the parliament in cases of death.

The amount of compensation to be paid in the case of death or injury of a military serviceperson is regulated by the law on State Compulsory Personal Insurance of Military Servicemen. In that law, the insurance payment to be made to the serviceman’s family in case of death is clearly stated as 11,000 manats (6,477 USD). In the event of an injury-related health loss, the amount of insurance payment is less. By contrast, in the law governing deputies’ compulsory life insurance, the insurance payment to be given in case of their death (or health loss) is not concretely identified; rather, according to the law, the payment is determined on the basis of the deputy’s five-year salary rate.

The families of parliament members are entitled to five years worth of salary in insurance payouts, totaling AZN 149,100 manats (USD 87,700). As such, “Current legislation allows the families of deputies, most of whom are elderly with a high level of social security, to receive an insurance payment of more than 100,000 manats, while the maximum amount of this payment is merely 11,000 manats for servicemen who lost their lives or health at a young age and whose social security is incomparably less than that of deputies,” writes Mehralizdeh.

Suicide as a last resort

War veterans, taxi drivers, and victims of state-sponsored harassment are among those who have committed suicide in recent years in Azerbaijan. “The uptick in cases of self-immolation, the most extreme form of suicide, highlights society's growing sense of helplessness, warn sociologists, psychologists, and political scientists in Azerbaijan,” wrote journalist Gular Mehdizade in 2020. In December 2013, Zaur Hasanov, 43, self-immolated outside a government building in Baku in protest. Since then, several cases of self-immolation are reported in local media every year.

In an interview with Chaikhana Media in 2020, psychologist Aysel Iskenderli said the reason people resort to suicide is when they are faced with an overwhelming number of social and economic problems.“There is a psychological explosion when new problems are being added to the problems that people already experience. The form of suicide, however, indicates deeper problems,” explained Iskenderli.

Despite these trends, there has been little improvement, and the situation is especially dire among war veterans. This month in a video posted on social media, another war veteran said he has attempted suicide as he is unable to take care of his family or pay the rent. “I have even attempted suicide, but I survived. I can't pay rent, or take care of my family, why do I have to keep begging?” said the war veteran in a video.