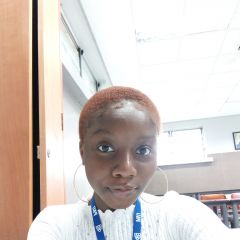 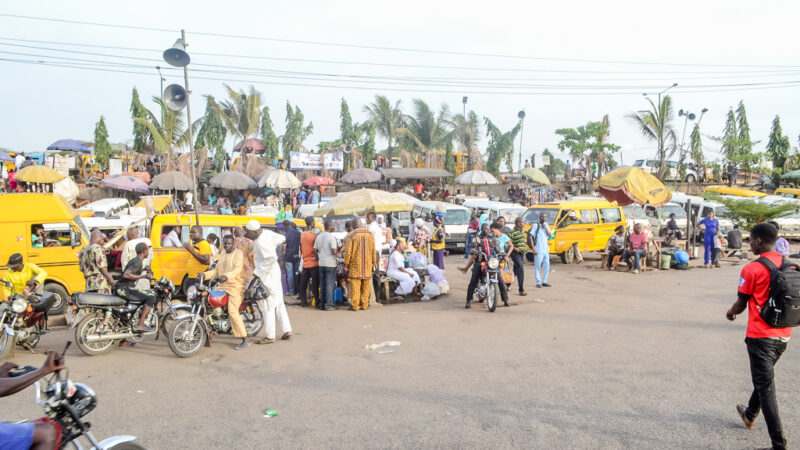 Within Nigerian urban cities, Area boys (popularly known as agbèrò in the Yoruba language) are gangs who coordinate crime and illicit activity on the streets and motor parks across the country. They are a dangerous force to contend with and have become a deep-seated problem in Lagos society. They are such a threat that many Lagosians have even adapted by pretending to be one of them by adopting their slang and guttural tone — just to avoid trouble. The lawlessness of area boys has become a serious concern in Lagos. They bully, threaten and coerce transportation workers into giving up at least 50 percent of their income. They have overrun the streets of Lagos and caused anarchy, however, the government has yet to implement stringent laws to restore order.

Almost all agbèrò are official National Union of Road Transport Workers (NURTW) members, which has allowed them to become ticketing touts. This name has come about as a result of the disparaging impact they have on the city’s commercial transport sector. A report by Odinaka Anudu, of the International Center for Investigative Reporting (ICIR), estimates that altogether the agbèrò make a flabbergasting annual sum of NGN 123 billion (about USD 296 million) from commercial transport workers. This amount is made up of all the fees, rates, tolls, and other tax forms they squeeze out of commercial drivers, tri-cyclists, and motorcyclists. A bus driver pays an average of NGN 3,000 (about USD 7.23) to these area boys daily.  There are an estimated 75,000 buses in the state (ICIR), meaning around NGN 225,000,000 (about USD 542,000) is being extorted each day from this single form of transport, says the ICIR.

“The money generated amounts to 29.4 percent of Lagos State’s Internally Generated Revenue (IGR) OF [NGN] 418.99 billion”, says the ICIR. The agbèròs claim to be collecting road tax, but the money is never declared and does not make it to the state. There is no doubt that this money is disappearing into private pockets.

Typically at bus stops and motor parks, agbèrò harass commercial transport workers. Some of these workers have begun to grow tired of the trade because the touts often erode their hard-earned profits. The frustration and bitterness born out of this create a tense environment, so it is no surprise that violence has occasionally erupted between drivers, passengers, and other community members. Additionally, in order to make up for the money they lose to the area boys, most drivers increase or even double their transport costs to the detriment of commuters. Consequently, agbèrò are impoverishing and frustrating Lagosians.

“We are tired o, we are tired,” an Okada rider known simply as Saliu told Global Voices. “Every day, I give them money and I have barely enough left to take care of myself and my family. Even God collects just ten percent,” another said. “Who are these touts to think they have a right to rob us of our hard-earned money?”

Money for the boys

Besides their duty as ticketing touts, agbèròs also peddle illegal drugs, act as security bouncers, and extort money from Lagosians in other ways. “Money for the boys,” is a common refrain when they ask for cash. They sometimes do this by putting up roadblocks to stop private cars and requesting a token to pass.

Another major problem with area boys is that they pose a threat to property and safety. As they all belong to different organized gangs, which often have rivalries. These rivalries have resulted in several fights that have not only destroyed houses or shops but have also cost some innocent bystanders their lives.

The tragic story of the chairman of a unit in Surulere is one infamous incident. The man was killed in a brutal NURTW gang clash in 2019. He was collateral in a fight between the Aguda boys and Mushin boys, with the former fighting to establish dominance over a territory they thought the Mushin boys were invading. A number of the boys were arrested, though nothing could be done to bring back the life of the man who was killed.

Area boys have also been known to work as thugs for politicians. An Ojodu resident who has chosen to remain anonymous for security reasons stated that the reason nothing is being done about area boys despite the havoc they wreak is that they have the backing of the politicians, who use them for their personal gain.

When Musiliu Akinsanya, known better as MC Oluomo, was appointed as chairman of NURTW, he paid homage to Asiwaju Bola Ahmed Tinubu, former Lagos State Governor and presidential flag bearer of the ruling All Progressive Congress (APC) party, for “his love and support” towards his “emergence as the NURTW chairman,” reports the ICIR. Would it be out of place to infer that some agbèrò-politician collaboration must have taken place behind the scenes?

Many have insisted that the way only forward is to put an end to the tyranny of area boys and completely dissolve the NURTW. But in September 2020, Lagos State Deputy-Governor, Obafemi Hamzat, noted that the union is legally recognized. Hence, the government is being careful to avoid contravening the law.

The thuggery of agbèròs, the unnecessary killings, and the unfair ticketing is dragging down Nigerian society, yet, the government is being sluggish in addressing the issue. When regular citizens have to look over their shoulders when walking the streets and commercial transport workers are being squeezed for every penny, the system is clearly broken. They are instilling fear and dread in citizens, but the question remains: who can stop them?