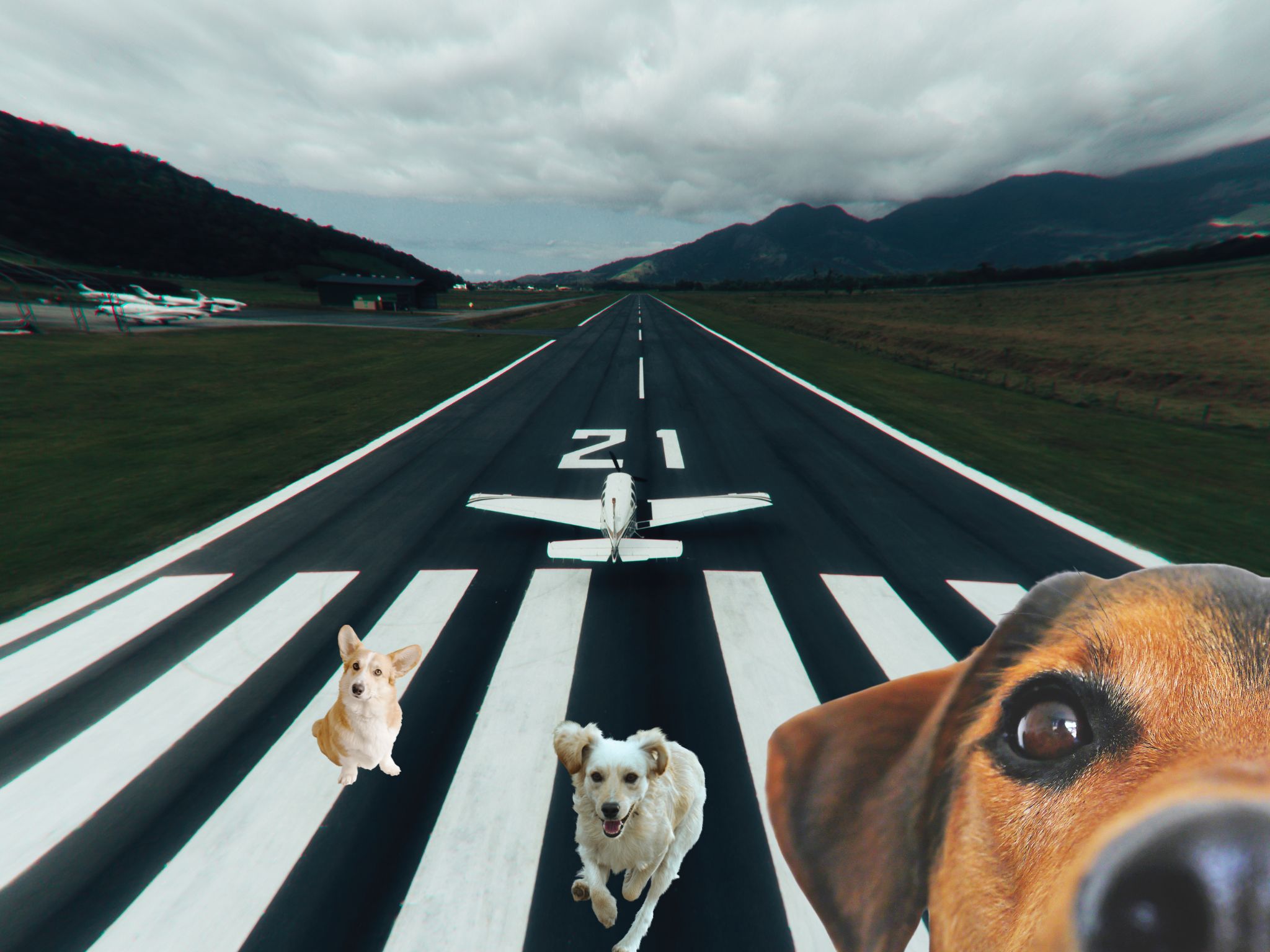 On the morning of July 13, the runway of Trinidad's Piarco International Airport had to be temporarily closed because of the presence of stray dogs. Several regional and international flights were affected.

The Piarco International Airport was forced to suspend runway operation just after 7 am on Wednesday. The cause? Dogs running loose on the runway. https://t.co/56sFQaKn6I

According to one local newspaper report, a domestic flight that left Trinidad's sister island of Tobago was forced to return after circling for more than half an hour waiting for clearance. A domestic flight usually takes no longer than 20 minutes. An inbound cargo flight was also diverted northeast, to the neighbouring island of Barbados.

All told, it took employees of the Airports Authority of Trinidad and Tobago (AATT) just over an hour to get the situation back in hand, with flights resuming shortly before 9:00 a.m. local time (UTC-4).

The incident, however, set social media alight, with the “Trinidad isn't a real place” posse immediately weighing in:

where did the dogs really come from to enter to the runway of the landing strip? and there you have it folks that trinidad is not a real place, my gwadd.

Only in Trinidad 🇹🇹 Dogs could shut down runway 🛣🛫

Back in 2020, officials at Toronto's Pearson International Airport took about 12 hours to secure a rescue dog that had escaped from one of the planes on the tarmac. Boston's Logan International Airport recently had a similar incident, this time with a cat that was only captured weeks after escaping from a pet carrier.

It is also not the first time, according to this 2017 tweet, that stray animals have affected landings at Piarco International Airport:

Lol my cousin's flight got delayed this morning to Trinidad, because a dog was on the runway. Idk why but that's real funny.

Speaking of funny, memes took full advantage of the snafu. Facebook user Leslie-Ann Joan Boiselle shared some of the more popular ones: 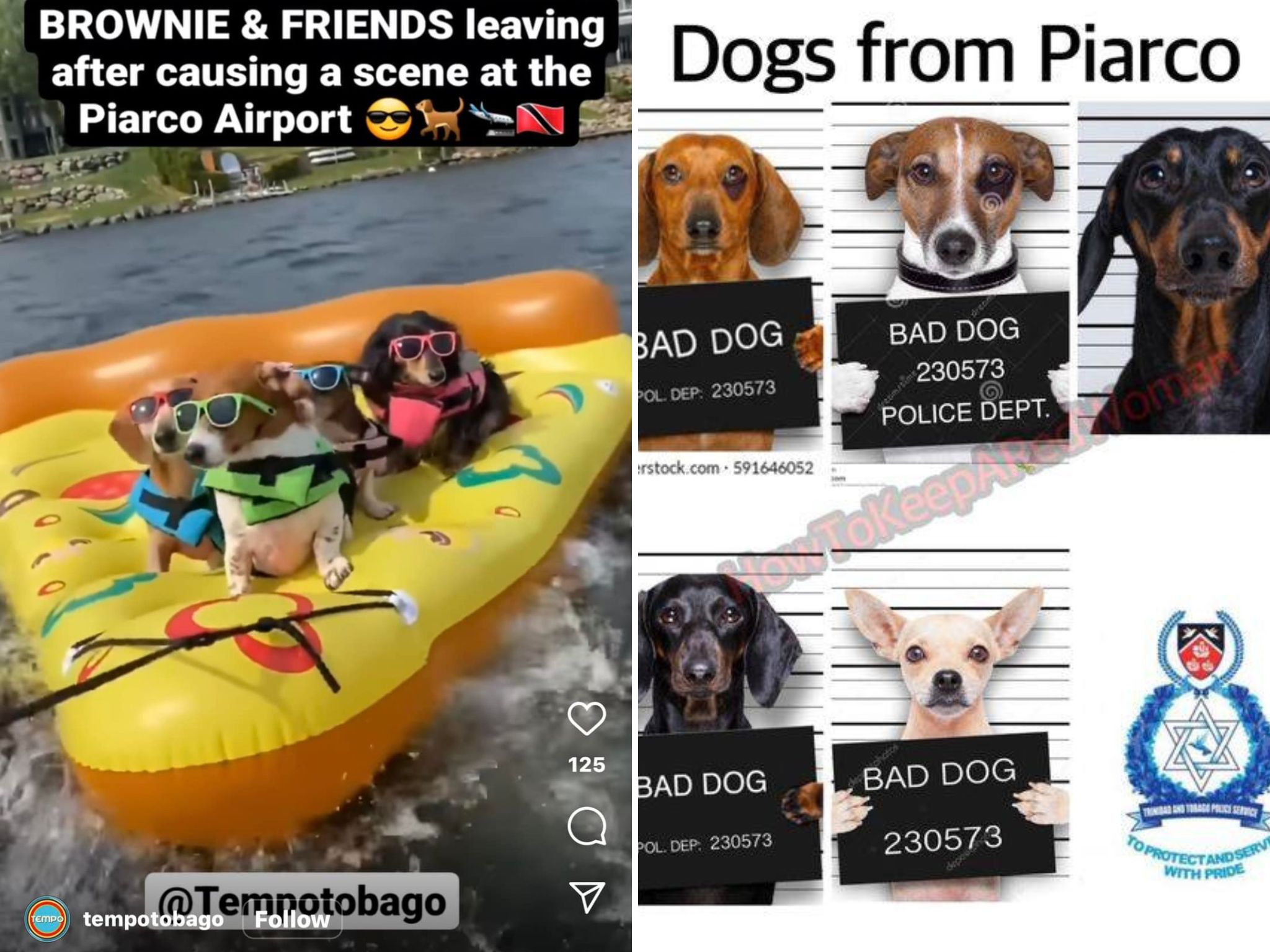 Two widely shared memes about the dogs on the runway. The left image of dogs escaping down a river on an inflatable says, ‘BROWNIE & FRIENDS leaving after causing a scene at the Piarco Airport.’ The image on the right shows a series of police mug shots, all of which say, ‘Bad Dog.’

While some netizens were curious as to how the dogs were able to access the runway in the first place, a few astute observers honed in on the underlying issue — the abundance of stray animals in the country. Facebook user Sherry Ali lamented:

While one Twitter user posted a letter from the fictitious “Pot Hound Union of Trinidad and Tobago,” where mongrels are locally referred to as “pothounds”…

…the Facebook page of the Trinidad and Tobago Society for the Prevention of Cruelty to Animals (TTSPCA) cut straight to the heart of the matter:

If you don't laugh, you will just cry at the entire situation…animal welfare and stray animal control needs to come off the back burner and be taken more seriously in T&T with the powers that be.

In a country with a population of about 1.4 million, the TTSPCA reportedly takes in more than 4,000 strays annually, “that have been discarded, abused, and otherwise maltreated.” Animal abandonments have increased since the COVID-19 pandemic, since many people found themselves facing job loss.

On LinkedIn, animal lover Sheryl-Lyn Ali noted that “the overpopulation of stray animals […] goes hand in hand with animal cruelty.” There have been several incidents in which animals have been poisoned in an attempt to control population growth and minimise the disruptive effects of strays.

However, several non-profit organisations in Trinidad and Tobago offer spaying and neutering services at discounted costs in order to help ensure the safety and dignity of these animals.