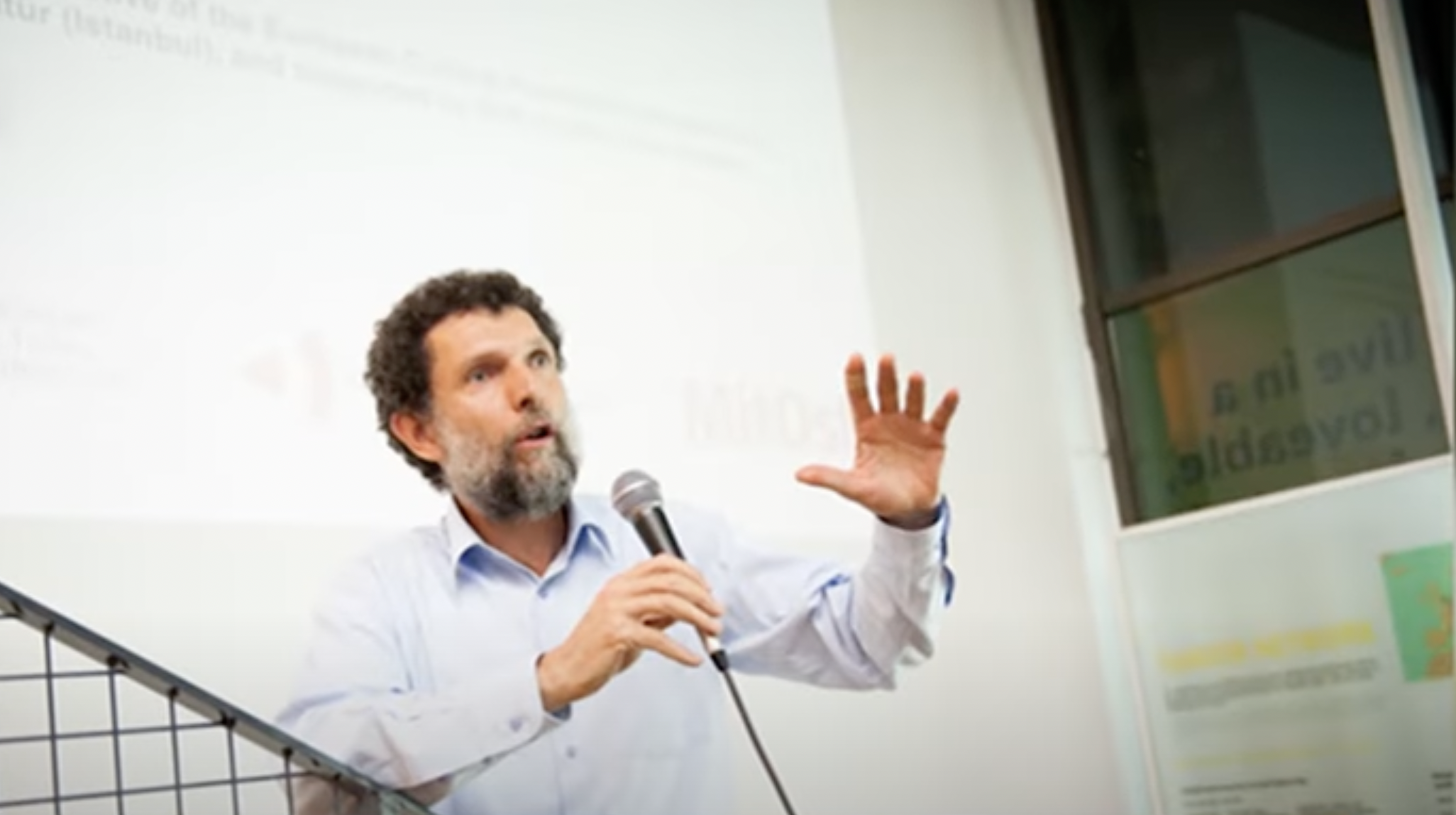 Screenshot from the video report by DW German following the court verdict.

On April 25, 2022, renowned Turkish philanthropist Osman Kavala was sentenced to life in prison. On July 11, almost three months after the ruling, the European Court of Human Rights (ECtHR) said Turkey failed to fulfill its obligation under  Article 46/1 of the International Convention on Human rights by not complying with the court’s 2019 ruling to release Kavala.

Now, it is up to the Committee of Ministers, which oversees the implementation of the ECtHR rulings, what measures to take against Turkey after the country failed to comply with the court’s ruling. This could lead to Turkey’s suspension from the Council of Europe. In anticipation, the Foreign Ministry of Turkey said they expected the Committee of Ministers “to act without bias and with common sense” in a statement.

Grand Chamber judgment on Turkiye’s compliance with the Court’s ruling in the case of Mr Kavalahttps://t.co/Mrau2JTMKN#ECHR #CEDH #ECHRpress pic.twitter.com/HJB5y1xKZ7

Kavala, a successful Turkish businessman who has supported numerous civil society initiatives in Turkey over the years, including the Open Society Foundation Turkey, was taken into custody on October 18, 2017. Two weeks later he was arrested on charges of “attempting to overthrow the constitutional order” and “attempting to overthrow the government” over his alleged financing of the Gezi Protests in 2013. He has been in a maximum-security prison since November 2017.

In February 2020, Kavala was acquitted however, hours later, he was accused of involvement in the 2016 coup attempt. Although he was cleared one month after this accusation, Kavala was kept in remand detention on the charge of “political or military espionage.” Then in January 2021, his acquittal in the Gezi Park trial was reversed, and during the trial held in February 2021, the court ruled to combine charges leveled against Kavala in the Gezi Park trial with the 2016 coup, ruling to continue his detention. Kavala’s lawyers have said the indictment is a presumptive fiction lacking any evidence. International human rights organizations and civil society groups in Turkey have said Kavala’s arrest is politically motivated.

Last year, on the fourth year anniversary of Kavala’s arrest, Turkey found itself in the midst of a diplomatic storm when the embassies of 10 countries signed a statement on the ongoing detention of the philanthropist. In response to the signed statement, Turkey’s president Recep Tayyip Erdoğan said he would expel 10 diplomats, including seven of Turkey’s NATO allies and major trading partners. The president described the statement as “impudence,” declaring the diplomats “persona non grata.” But when all 10 signatories reiterated their commitment to Article 41 of the Vienna Convention on Diplomatic Relations, recognizing Turkey’s sovereignty and independence, the crisis was averted.

On July 12, Osman Kavala issued a statement in which he said the July 11 ruling “clearly revealed that the unlawful practice and political influences on the judiciary still continue and the laws are used in an arbitrary fashion with political motives.”

#OsmanKavala‘s statement on the recent ECtHR judgment: “I believe that this decision will give strength to those members of the Turkish judiciary who continue to act in accordance with the rule of law despite political pressures.” pic.twitter.com/BeuR1pQ6K9

Julia Hall, Deputy Director for Research at Amnesty International’s Europe office said the recent ruling shamed Turkey’s authorities in a statement issued by the organization on July 11. “Today’s ruling lays bare yet again the failure of the government to abide by a legally binding obligation. Turkey’s continuing inaction compounds the egregious suffering of Osman Kavala and his family,” said Hall, adding,

Kavala’s case is emblematic of the clampdown on civil society and the rollback in human rights protections that affects everyone in Turkey. If Turkey persists in its stubborn refusal to release Osman Kavala, it will further debase itself as one of the Council of Europe’s founding members. The Council of Europe, its member states and the European Union must urge Turkey to finally free Osman Kavala and the many others detained in similar circumstances.

According to the reporting by Deutsche Welle (DW), “it is rare for the [ECtHR] court to explicitly reprimand a state for failing to abide by a decision. Since it was ministers from the Council of Europe (CoE) who referred the case back to the court in February, Monday’s decision is seen as moving the CoE a step closer to suspending Turkey as a member.”

All eyes are now on the ECtHR which now has to send “its decision on initiating a violation procedure against Turkey to the Committee of Ministers of the Council of Europe. In its first meeting, the committee will discuss how to proceed against the violation. The process, which will continue with the sanctions afterwards, may extend until Turkey’s expulsion from membership,” reported Gazete Duvar.

In an interview with Gazete Duvar, former ECtHR Judge Rıza Türmen said, “Expulsion of Turkey from the Council of Europe will have a very serious political consequence. First of all, its relations with the European Union will be severed. Turkey’s place among the community of democratic states will be shaken. Turkey will become an authoritarian Middle Eastern state like Syria and Iraq. Not to mention the grave economic consequences.”

Important point here from Osman Kavala’s legal team that today’s judgement from the European Court of Human Rights requires Turkey not only to release Mr Kavala immediately but also to acquit him of all charges. https://t.co/54iBGokZWC

Meanwhile, the Ministry of Justice also issued a statement questioning the impartiality of the European court in case of Turkey’s withdrawal. “Bringing the Kavala case forward will not only affect the credibility and reputation of the ECtHR, but also increase the public debate on the objectivity and impartiality of the ECtHR against Turkey,” said the Ministry in a statement issued on July 11.

Previously similar infringement procedures were launched against Azerbaijan, also a member of the Council of Europe, when the state failed to release jailed political activist Ilgar Mammadov despite the ECtHR ruling. At the time of Mammadov’s imprisonment in 2014, the ECtHR “found that the arrest and detention of Mr. Mammadov took place in the absence of any reasonable suspicion that he had committed an offense, and that the actual purpose of the criminal proceedings was to punish him for criticizing the government.” As a result, in December 2017, the ECtHR launched infringement proceedings against Azerbaijan. In September 2020, the ECtHR closed the infringement proceedings after the Supreme Court of Azerbaijan dropped all the charges against Mammadov.