As readers, we can oppose Russia by reading the literature of "small nations'' 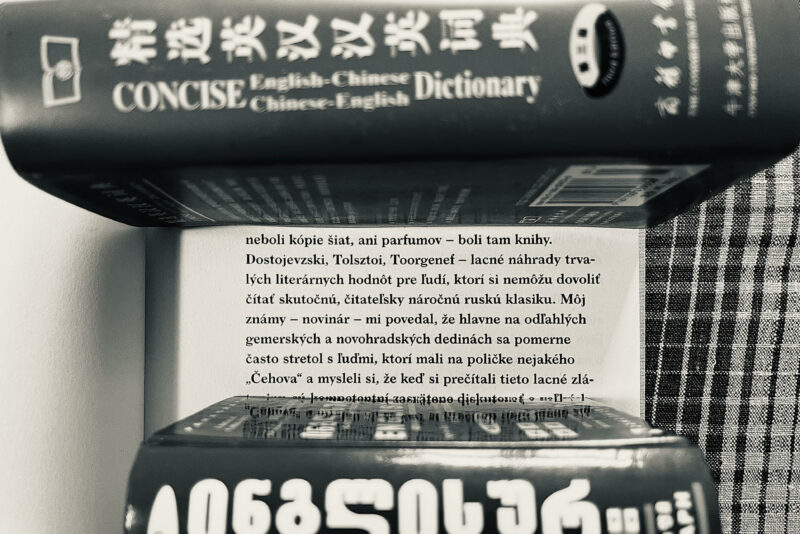 For literary translators, nothing is more challenging and yet perhaps more inspiring than texts shaped by humor, as they require a double translation: a linguistic as well as a cultural one. Global Voices asked two translators who took on the work of Slovak writer Daniel Majling “Ruzká klazika,” a book of satire referencing Russian classic literature, to share their strategies for such a delicate transposition.

One way to describe Majling’s collection of short stories is pastiche, a term that refers to artistic imitation, and whose etymology is indicative of different ingredients mixed together. Indeed, in his book, Majling makes references to Russian classic authors, yet distorts their names and installs them in grotesque situations full of black humor. To add to the irony, the book is subtitled “Zostavil a preložil Daniel Majling,” which means “Composed and translated by Daniel Majling,” as if the original Slovak text were itself a translation, similar to what Cervantes did with the now very established classic Don Quixote. 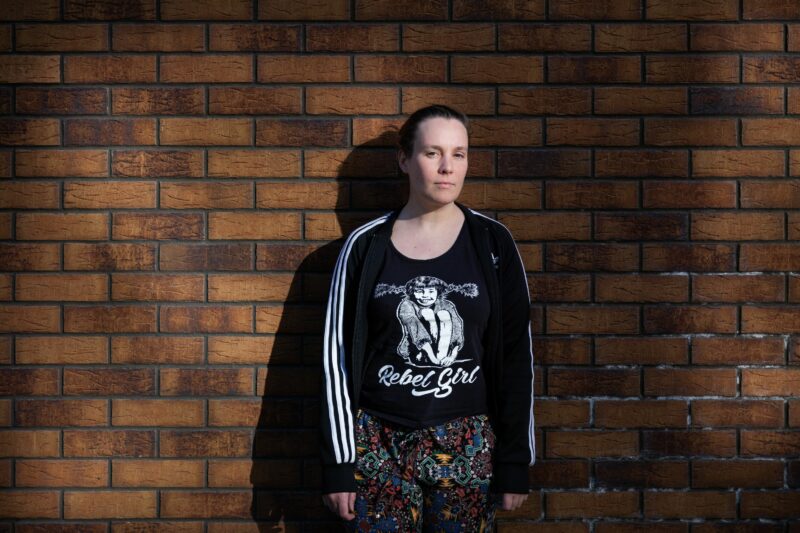 Weronika Gogola is an award winning Polish writer based in Bratislava who also translates from Ukrainian and Slovak into Polish. Her full translation of Majling’s book is coming up later this year in Poland. She explains her strategy to transpose humor that very often depends on spelling and veiled allusions:

In some parts of the text the humor in the Polish translation was less blunt, in others it was more so than in the original. I was lucky to meet Majling in person and could talk about certain issues, so I also allowed myself a few witty notes when some minor inaccuracies appeared in the original text. Majling himself suggested that, in such footnotes, I could ironically comment on his inability in certain domains.

The tone of the book allows a certain kind of freedom, what can be called the  “Majling effect.” Such an opportunity is rare in the work of a translator — but to be clear, I discussed all those issues with the author. 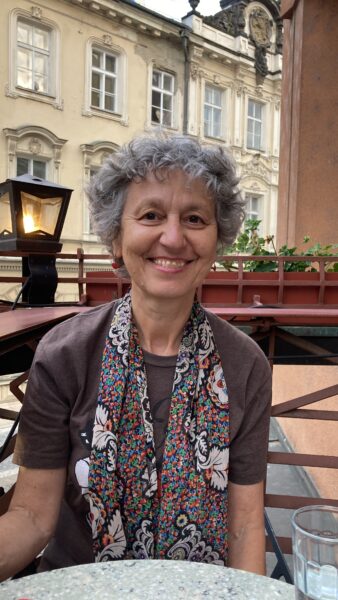 For Julia Sherwood, a veteran translator of Slovak literature with her husband Peter, the partial translation of the beginning of the book was an opportunity to be creative in translating names, among other aspects:

Each of the stories in “Ruzká klazika” parodies the style of a particular Russian writer, so the translation needs to achieve the same effect. The introduction of the book did not pose particular difficulties, nor did the story “The Rebirth of the Orthodox Faith in Our Town”, which is a pastiche of a folktale — and I hope that we succeeded in bringing this across. Coming up with an English version of a character’s name was tricky but enjoyable — Majling’s “tulák Arťom Skočdopoľa-Prašivý” became in our translation “the vagrant Artyom Dzhumpilov-Scabbymugin.” The twisted spellings weren’t so much of an issue, except for the book’s title: We settled on “Rushian Clashics,” but other versions are also possible — you called it “Roosyan Klassiks” in the Global Voices article, and I have also seen it translated as “The Ruzzian Clazzics.” One day, if an English-language publisher is found for the complete book, the title may end up being something different again.

A choice that is never evident: Going for less known literatures

Translating a text is half of the job for most literary translators who operate from so called “small languages” — languages rarely translated and within literatures often disregarded by publishers, as is still the case with Slovak literature. Translators in such cases often act as literary agents and promoters for less known and thus less valued literary realms, as Gogola acknowledges:

In the case of “small literatures,” as a rule, the translator takes the initiative by himself. This was also my case — I was delighted with Majling’s book, especially its unbridled humor and freedom that Majling allowed himself.

Yet, Sherwood, who also ran a Slovak literature podcast in English, believes attitudes are changing in the global anglophone publishing world:

It's true that compared with  Czech, Polish or Hungarian literature, Slovak writers are much less known but, thankfully, this has started to change in recent years.  Works by such contemporary Slovak authors as Balla, Jana Bodnárová, Jana Beňová, Ivana Dobrakovová, Pavel Rankov, Monika Kompaníková and Uršuľa Kovalyk have been translated into English. Slovak authors have also been gaining more and more international recognition: for example, Monika Kompaníková’s “Piata loď “(Boat Number Five), translated by Janet Livingstone, was one of the finalists of the 2022 EBRD Literature Prize. In fact, “Boat Number Five” was one of the first two books in the Slovak List launched by Seagull Books, a splendid small press based in Kolkata but with worldwide distribution and a great track record in publishing translated literature.

In the end, though, what motivates the most literary translators is when they fall in love with a text, and decide to translate and promote it, even if the publication might take years. When asked why she rooted for Majling, Gogola admits: “Definitely because Majling doesn’t  give a fuck. When you start reading him,  you can't really predict what will be the end of the story — that's what makes you really enjoy the text.”

Sherwood, who shares a similar enthusiasm, also puts the book in the new context of Russia's invasion of Ukraine:

What I most enjoy about the book is its irreverence and playfulness. In recent months, in light of the war in Ukraine, many people have rejected Russian culture in general and Russian literature in particular. While this emotional response is understandable, certainly on the part of Ukrainians, to me it goes too far, and I was pleased to see in your interview with Daniel Majling that he also sees it this way. On the other hand, Russian literature has often been put on a pedestal and treated as something sacrosanct, and that’s why I find Majling’s irreverent approach very refreshing. In a way, it is quite in the spirit of Russian literature — after all, apart from the writers of the solemn and weighty tomes there have always been authors with a lighter touch and a sense of the absurd. Even the great Pushkin is known to have penned a rather dirty poem.

Gogola also underlines the current context in her final answer, stating the case for “small literatures”:

Perhaps Majling's book is a good pretext to redefine the place of Russian culture in our European world. Laughing at certain things can help us to “ventilate” our anger at Russia's attack on Ukraine. This does not mean that we should stop reading Russian classics, but we should also remember that the status of the Ukrainian language was never obvious: Ukrainians had to prove for decades they have their own language and literature. Supporting literature in small languages helps them survive. Unfortunately, Russia's policy has ruled out such an approach since the beginning of its empire. Symbolically, then, as readers, we can oppose Russia by reading the literature of “small nations.’.