A doctor's death sparks a two-day strike by healthcare workers 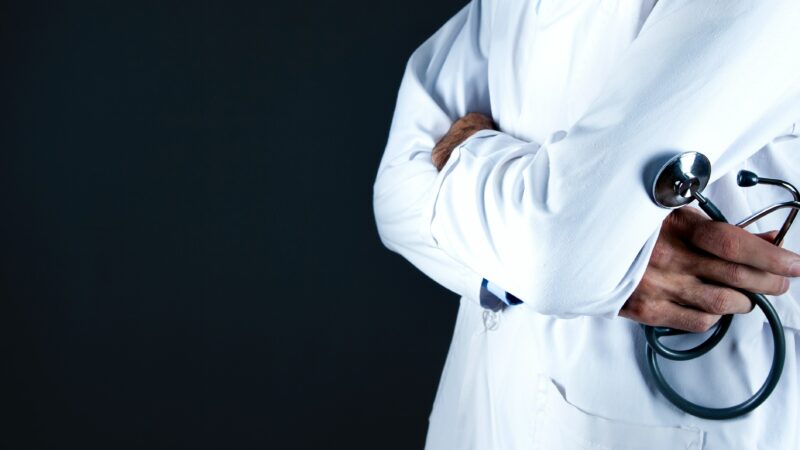 Image by Photo by Sasun Bughdaryan on Unsplash. Free to use under the Unsplash License.

Ekrem Karakaya was a cardiology specialist at City Hospital in Konya province. On July 6, he was shot by the son of a former patient. The killer, Hacı Mehmet Akçay, shot himself after committing the crime. Despite attempts to save Karakaya’s life, he died, leaving behind a devastated family. He has become the most recent and brazen example of the ongoing violence toward healthcare workers in Turkey. On July 7, healthcare workers went on a two-day country-wide strike condemning the violence and demanding the resignation of Fahrettin Koca, the Minister of Health. During Karakaya’s funeral, attendees appeared to boo at the minister.

In a statement shared via Twitter, the Turkish Medical Association (TTB) — an independent medical and health professionals association — said they were deeply saddened by the loss of a colleague, repeating their calls to end an environment of violence against healthcare practitioners.

We are deeply saddened by the loss of out colleague, Dr. Ekrem Karakaya who worked at the Konya City Hospital. We will not forgive those responsible who have failed to take measures to prevent violence despite all of our warnings.

There have been ongoing strikes and marches since October last year about unfair conditions in Turkey’s medical fields. In an interview with Balkan Insight, Vedat Bulut, a professor of medicine and board member of the Turkish Medical Association said the number of cases where medical workers face violence continues to grow. As a result, “medical doctors are resigning for better jobs in the private sector and also jobs abroad. We told the Turkish Ministry of Health that incentives and better policies should be implemented to halt the trend, but nothing has been done,” said Bulut.

The overall number of doctors physically and verbally assaulted in the last eleven years is well over 100,000.

Then in March, as Turkey marked Medicine Day, also known as Doctors Day on March 14, health workers across the country said they would be on a two-day strike repeating their grievances and calling for better policies concerning the healthcare industry.

At the time, President Recep Tayyip Erdoğan expressed gratitude to health care employees and promised to raise wages and address cases of reported violence. On March 17, a bill proposed by the government failed to meet their expectations. Instead of investigating the root cause of the problem, the government suggested creating a “Professional Responsibility Board within the Ministry of Health which would oversee all healthcare workers.” But according to the medical association, the proposed board did not have enough representatives from the medical field and resembled the one-man structure that would restrict the independence of healthcare workers.

In a statement, the Turkish Medical Association said that in order to combat violence effectively, the government must consider recommendations put forward by the association. “Arrangements made without analyzing the causes of violence in health, which have increased significantly with the bottleneck in the health system and the deepening economic crisis, will not offer us any solution,” read the statement.

On July 7, as healthcare workers marched demanding justice, they were met with police violence.

We are experiencing multiple police attacks during the march from Capa Medical Faculty towards the provincial health directorate. We are warning the law enforcement. You are committing a crime. Don't stand before our mourning, our anger; remove the barricades!

Journalists covering the march were battered too.

Journalists were once again violently prevented from doing their jobs, battered and threatened while trying the cover the doctors’ protest after their colleague #EkremKarakaya was murdered.

The Radio and Television Supreme Council (RTÜK), Turkey’s media watchdog, imposed a broadcast ban on the news about the murder of Karakaya.

With the decision numbered 2022/2828 of the Konya 5th Criminal Court of Peace regarding the armed attack that took place in Konya City Hospital, a broadcast ban was imposed on print, visual, and online media, regarding the news about the event.

The ban was introduced shortly after the media members filmed the Konya Governor Vahdettin Ozkan being booed by the doctors after arriving at the hospital. In an interview with Cumhuriyet newspaper, Organizing Committee Chairman of the Federation of Family Physicians Associations, Dr. Yusuf Eryazgan, said, “we think that RTÜK, applied to the Konya 5th Penal Court of Peace, which took a swift decision, imposed the broadcast ban to prevent these images from being broadcasted.”

The governor of Konya getting booed outside the Konya City Hospital. “Management resign” [yell healthcare workers outside the hospital]. Governor Vahdettin Özkan, who came to make a statement in front of the hospital where #EkremKarakaya was killed, was booed by health workers.

Meanwhile, the governor of Gaziantep dismissed the criticisms that Karakaya’s murder was linked to the violence faced by healthcare care workers on Twitter.

Today, one of our physicians lost his life in a heinous attack. Whichever way you look at it, it is a sad event, but the saddest thing is that everyone is trying to gain something out of this incident! While there are measures that can be taken to eliminate violence in healthcare, we cannot say this was violence in healthcare.

Commenting on the media gag order, İlhan Taşcı, a member of the RTÜK, said in a tweet that the court’s decision was meant to protect “national security, public order, and security.” “So it was not the murder of a doctor but the reporting of the murder that was a matter of national security,” Taşcı said in frustration.

In the meantime, some of Turkey’s well-known artists expressed their support for the healthcare workers. Actor, Haluk Bilginer tweeted:

Those in power who said doctors can leave if they want to, called them terrorists, and did not give them their rights, are party to this crime today.

Bilginer was referring to earlier statements made by Erdoğan and Devlet Bahceli, the leader of the National Movement Party, which is in a coalition with the ruling Justice and Development Party.

Comedian Cem Yilmaz tweeted his support, adding, “I support the rightful protest of doctors and all health personnel, who have spent their lives for the sake of this profession and whose sacrifices during the pandemic, have been quickly forgotten.”

Our doctors, our healthcare workers. Killed yet again today. What is this? These people died working day and night so that we don't die during the pandemic. In conversations with their families, they would tell us, “they are doing for us.” Really, it is enough!