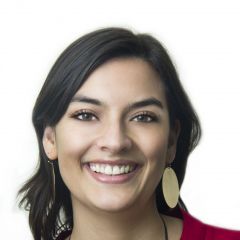 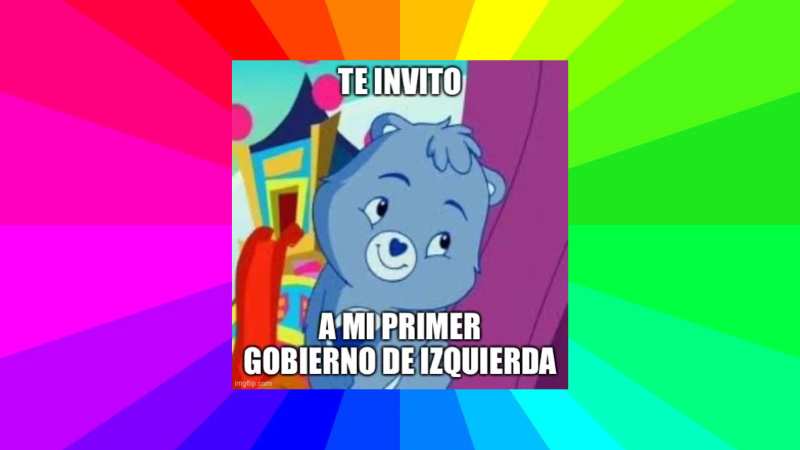 Colombian meme that emerged on social networks after the presidential elections of June 20, 2022.

On June 19, Colombia made a historic shift to the left. Former member of the urban guerrilla April 19 Movement and former senator Gustavo Petro and Afro-Colombian social activist and environmentalist Francia Márquez, who was once a domestic worker, won elections and will form the governing duo of Colombia for four years.

The news went around the globe. But how were these elections perceived on social media? We analyzed seven popular memes and cartoons about the polls, which illustrate with images and metaphors the diverse opinions and feelings of Colombians.

A large part of the Colombian population celebrated the victory of the left — Petro and Márquez obtained 50.47 percent of the votes in the second round. However, the country is deeply polarized. The other candidate, millionaire businessman Rodolfo Hernández Suárez, had surprisingly burst into the electoral campaign at the beginning of the year with viral videos on TikTok. He obtained a high percentage (47.31), after he was embraced by the traditional right after obtaining second place in the first round.

Tweet: Friends
Image: I invite you to my first left-wing government

This image of the Cuddly Bears cartoon illustrates the hopes of 11,281,9002 million voters for Petro and Márquez and conveys the idea of a new innocent and naive beginning. Colombia, because of its bloody political and social history and a context of civil war with revolutionary leftist factions, has never had a popular leftist government. “Leftist reformist politicians who came close to coming to power were assassinated,” the BBC reported. However, many in Colombia fear that a leftist government would become authoritarian like that of its neighbor, Venezuela.

The passenger: Change happened second time round
The driver: For me, it was on the third try

With this drawing, the famous Colombian cartoonist Julio César González “Matador” celebrates that Petro finally came to power. The leftist presidential campaign wanted to win the election in the first round, so many supporters were frustrated when they did not achieve a definitive result on the first voting day on May 29. For this reason, the caricature of Francia Márquez (the passenger) alludes to the fact that they had to wait until the second round for “change to enter the vehicle,” which represents Colombia.

On the other hand, the cartoon of Gustavo Petro (the driver) refers to the fact that he achieved his goal in his third run as a candidate. He had already run for the presidency in 2010 when he came in fourth place in the first round. Subsequently in 2018, Petro lost to the outgoing president, Iván Duque.

He might be the worst president we have ever had, however here comes the man who put an end to uribismo

This meme depicts the opinion of the Colombians who attribute the results of the elections to the need for change caused by the widespread disapproval of outgoing President Iván Duque's administration.

Duque became president with the promise to continue the right-wing and conservative political doctrine of his political godfather, Álvaro Uribe (President of Colombia 2002-2010). Uribismo was notorious for the use of military forces to face the political insurgency in the country, but also for the human rights abuses that this unchecked policy brought with it, especially the tragedy of the so-called “false positives,” 6,402 civilians killed by state forces, who were presented as guerrillas killed in combat.

During Duque's administration, uribismo was losing popularity. A week before the first presidential runoff, the polling firm Invamer published a study indicating that only 27.5 percent supported the incumbent leader. The generalized feeling of pessimism that destroyed uribismo is due to the rate of unemployment, inflation, successive corruption scandals, non-compliance with the peace agreements between the government and guerrilla factions, the murders of social leaders, the control of some territories by criminal gangs trafficking drugs, and the general feeling of insecurity.

Elections have never left me so sad.

But dissatisfaction with uribismo was not the only catalyst that led Petro to win the elections. After the first runoff where neither candidate reached a majority, many Colombians were forced to choose between two candidates who are both populist and controversial. Petro, who has a recognized political trajectory (Senator 2006-2010, Mayor of Bogota 2012-2015), was for some, “the better of both evils.” That is the feeling the meme above echoes.

We'll get our own Donald Trump

His opponent, Rodolfo Hernández, nicknamed by the public as “the Colombian Trump,” is characterized by the use of vulgar and unbridled vocabulary. In this famous meme, his face was morphed into a picture of Donald Trump.

During his public life, he has been criticized for stating that he was a “follower of Hitler” (although he clarified, years later during his campaign, that he meant the opposite) and that women should only “support from home” and not participate in the government. But his aggressiveness goes beyond words: in November 2018 he physically assaulted an opposition councilor in front of the cameras.

Rodolfo on his yacht thinking of Lady Socorro

There are many memes criticizing former candidate Hernández, as his actions provide so much material overflowing social networks. For example, there are images of his criminal trial for corruption, his profound ignorance of the country he intended to govern, his refusal to participate in presidential debates, or his colorful campaign proposals (such as that all Colombians could go to the beach during his term of office). Below is an analysis of this meme that brings up the misogynist behavior of the former candidate.

Rodolfo portrays himself as a family man with a stable marriage to his wife Socorro Oliveros, but he was heavily criticized for a video leaked on the networks that went viral, in which the candidate is seen partying on his yacht in close proximity with much younger women. Some critics pointed to the objectification of women in the subcultures of drug trafficking.

In any case, Colombia has already voted for a change that generates uncertainty in many sectors. This image sarcastically criticizes the concern about the economic consequences that a leftist government would bring. Specifically, companies and large landowners have expressed “some nervousness” about the implementation of Petro's campaign proposal to “democratize private property.”

But this is not the only topic that worries the president-elect's opponents. Among the controversial campaign proposals, they also criticize issues such as the populist management of pension savings, the loss of autonomy of the Central Bank, and a possible restriction of the exploitation of gas and oil, which would cause, according to some sectors of the country, a catastrophe for the country's economy.