Moosewala remains one of the most influential Punjabi celebrities 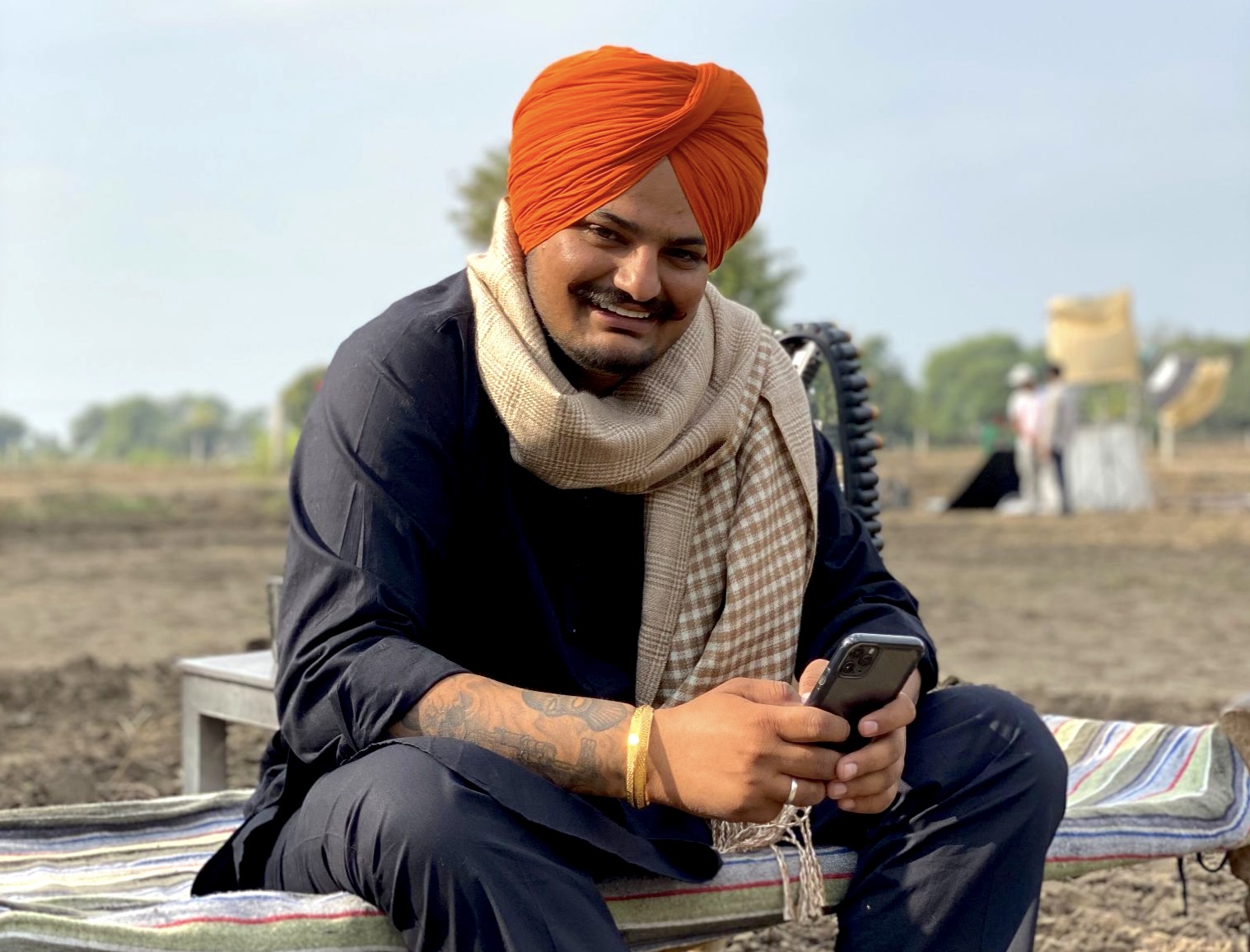 Sidhu Moosewala during the shooting of his film Moosa Jatt. Photograph by Shekha Gill. Used with permission. First released/published under CC BY-SA 4.0 on Global Voices.

The news of the death of the 28-year-old Indian Punjabi rapper, songwriter, and actor Sidhu Moosewala (Shubhdeep Singh Sidhu) took the global Punjabi community by surprise. He was shot dead in broad daylight by armed assailants on May 29, 2022, while he was driving in his car to a neighbouring village from his native village, Moosa, in the Mansa district of the Indian state of Punjab. The murder happened just a day after the Government of Punjab publicly announced the reduction and withdrawal of security for 424 individuals, including Moosewala. His cremation and bhog (memorial services) were attended by thousands of people, young and old. The murder has been linked to a gang war between different gangster groups.

A man of many talents

What made Moosewala a legendary singer-songwriter was the fact that, in less than 5 years of his singing career, he had a legacy of over one hundred songs, and had supposedly written another hundred, fifteen of which had already been recorded before his death. He also starred in a couple of Punjabi films.

He was different from other singers of his era. While a majority of the Punjabi youth has been migrating or aspiring to migrate to foreign countries in search of a better life, Moosewala returned from Canada and chose to live in his village. He celebrated his rural lifestyle, and his song “Tibbeyan Da Putt” (Son of the sand dunes) is a testimony to that belief.

He actively took part in politics; his mother, Charan Kaur, is the current sarpanch (elected leader) of village Moosa, having won in 2018. He himself ran for office in the Punjab Assembly elections in February 2022, as a member of the Indian National Congress (one of the oldest political parties in South Asia that won less than 10 percent of the seats in the 2019 Indian general elections) from the Mansa constituency. However, he did not win. He was the ambassador of the World Cancer Care Charitable Society and helped to set up cancer camps in and around his village.

A man of contradictions

Journalist Aarish Chhabra accurately depicts the essence of Moosewala in his article “Sidhu Moosewala: Carrying culture in his contradictions.” Moosewala was a 28-year-old who was still trying to figure out many things, and he was able to connect with a socio-politically and geographically diverse audience precisely because of his many contradictions. He openly talked about Sant Jarnail Singh Bhindranwale (often called a terrorist) and even sang a song (Panjab – My Motherland) about him. But, before the 2022 Punjab elections, he decided to join the INC, which has been historically been in opposition to Bhindranwale and the Khalistan movement (a Sikh separatist movement seeking to create a homeland for Sikhs). Moosewala defended his decision to join Congress by citing the secular nature of the party and how it has given the country its first Sikh President and the first Sikh Prime Minister.

Mourning the loss of the singer, Guneeta Singh Bhalla, the founder of the 1947 Partition Archive (a crowdsourced online archive started in 2010 to document the stories of the 1947 Partition of India that has recorded more than 10,000 oral histories as of June 2022.) wrote in a Facebook post:

We all knew he was about to fly. His slightly immature early musical tracks were starting to show signs of sophistication. He was a bird leaving its nest and on the verge of soaring, but was shot just as he took flight, shocking us all.

As a musician, he had great possibilities. He reached the 2nd spot on the YouTube Global Top Artists list just a week after his death. Interestingly, his last song, which was released exactly two weeks before his murder, is titled “The Last Ride.” The song is about the murder of American rapper and actor Tupac Shakur, admired by Moosewala and considered one of the most influential rappers of all time. Shakur  was murdered in a similar fashion in 1996 at the age of 25. The song reached the 6th spot on the YouTube Global Top songs list in the week that he got murdered.

The chorus of the song is as follows, along with an unofficial translation:

You can tell by the charm on the youngster’s face

that his funeral will take place while he is still young

But the song that really set the internet on fire after his death is “295,” which is about the section of the Indian penal code under which certain Sikh organizations sought to incriminate him for allegedly hurting religious sentiments. This song reached the 4th spot on YouTube Global Top songs a week after he died. Sidhu Moosewala became the first Punjabi artist to be featured on the Billboard Global 200 Chart with this song. Interestingly, shortly after his death, internet users noticed a coincidence between the title of the song and his death date which is 29 May or 29/5.

Although Sidhu Moosewala was criticized for promoting gun culture, the song “295” has nothing to do with guns or drugs; rather the song highlights that freedom of expression is nothing but a mirage.

On June 23, 2022, Moosewala’s first posthumous song was released. Titled “SYL,” an abbreviation of Sutlej-Yamuna Link canal, the song talks about the issue of Punjab’s waters along with a call for the recreation and sovereignty of pre-1966 Punjab and the release of  Sikh prisoners. The song became the #1 trending video within hours, having garnered 27 million views as of June 26, 2022. YouTube blocked the song in India after receiving a legal complaint from the Government of India on June 26. Soon, Twitter withheld several accounts related to farmer organisations in India that had posted about the song, citing India’s Information Technology Act, 2000.

Sidhu Moosewala – even in death – has lifted the consciousness of an entire generation.

An entire generation is now aware of the SYL Canal, Indian state oppression, and historic injustices faced by the Sikhs of Punjab.

While he was still alive, Moosewala was heavily criticized for promoting gun violence and had many legal cases against him for the issue. But more and more people are now listening to the vast variety of his discography and understanding the lyrics as they are learning more about his life and struggles.

Moosewala remains one of the most influential Punjabi celebrities of the 21st century. His large body of work and numerous candid interviews have impacted and continue to impact the masses. He will remain to be known as a symbol of resistance.

He is being remembered around the world in different ways. Murals are being created, arms are being tattooed and performances by other Punjabi and global artists are filled with his memories. He was also featured on the billboards at Times Square in New York on June 11, 2022, the day he would have turned 29 years old.

As Moosewala used to say: “Aje Mukeya Nahi” (It’s not over yet)!