The song quickly topped the country's list of trending videos 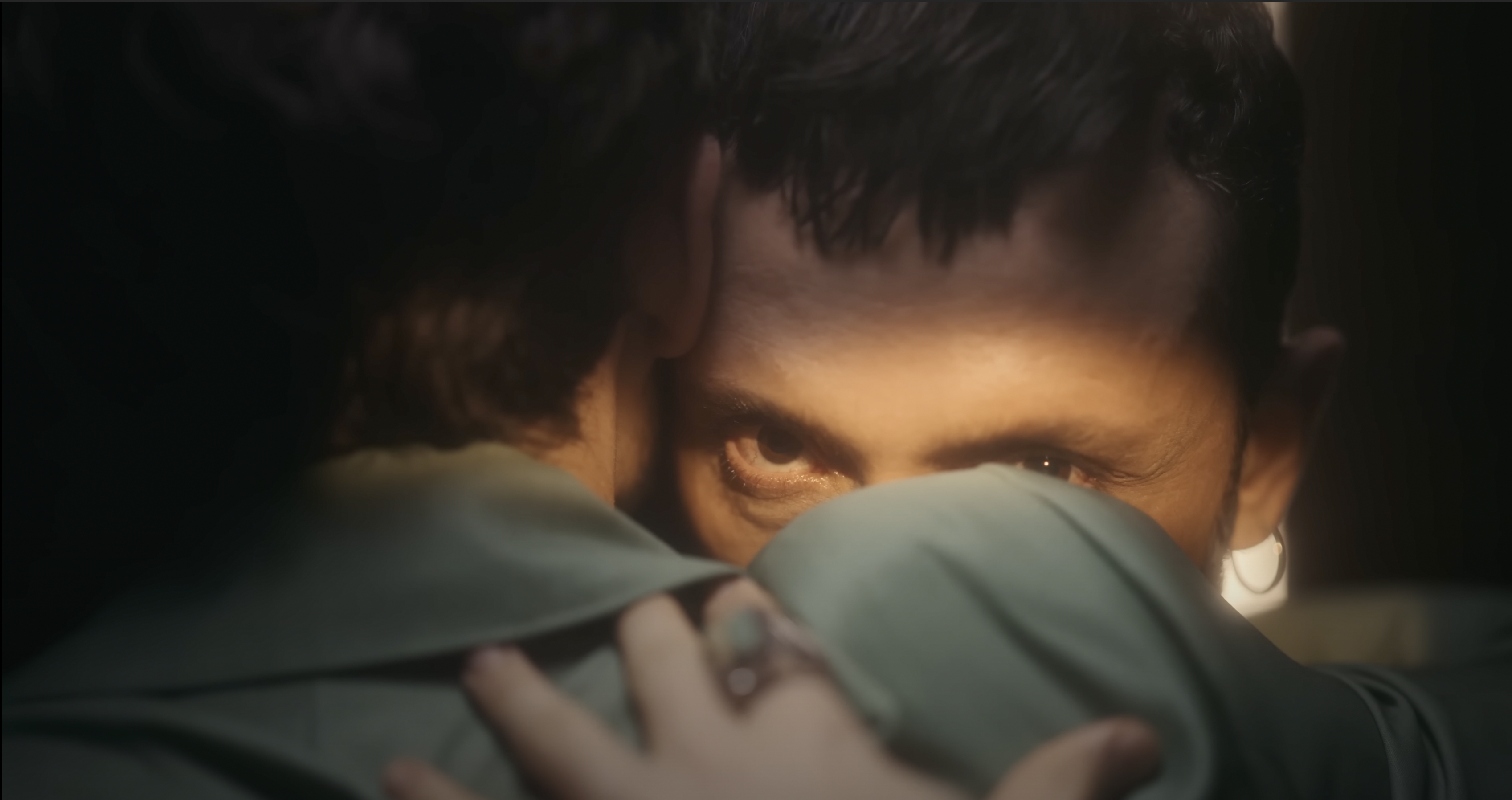 Through all my nights and all my evenings, I yearn for you.

At every dawn, in every sunrise, I see something of you to be sure.

You poisoned me yet I, cannot return from this path.

Covered in bruises, shots amiss, I said no more loving like that, but it seems my heart is locked up at the police station.

They grilled me but I didn’t reveal your name. They carved the grave of love in my heart.

Teardrops from the seven heavens fall on the windowpanes, why do your hands remain walled off of mine?

The song quickly made its way up the list of trending videos in Turkey; at the time of writing, it had reached more than three million views.

The video is packed with symbols of the LGBTQ+ movement. Lilies, which appear in several scenes, represent attraction between two women. Also featured are the colors of the rainbow flag. Throughout the video, both Matiz and his co-star Bileke are seen wearing different colorful outfits. In the opening scene, Matiz wears a ring with a red gemstone, and there are several scenes in which one of the two men holds a red carnation. According to some sources, red bowties or neckties were used in the early 20th century as a subtle way for gay men to make themselves known to one another.

The song has also triggered a harsh response from Turkey's conservatives, who claim the video has no place in their country. On social media, Matiz was targeted under the hashtag #HaddiniBilMabelMatiz [Know your place, Matiz].

Some Twitter users went so far as to threaten to annihilate LGBTQ+ people altogether:

To avoid this happening again, there must be heavy consequences and punishments. We are going to annihilate you, the children of Lut people.

The people of Lut were described in holy scripts as committing sinful acts, including homosexuality.

Others shared a graphic that has been circulating online and seen on billboards in parts of Turkey, which reads, “Only Islam can protect your family.” In the image, a family holds an umbrella that protects them from being touched by the rainbow colors.

And now, someone calling himself an artist is trying to destroy the nation's morality and family structure.

It was only a matter of time before the authorities stepped in. According to a tweet by İlhan Taşcı, the Radio and Television High Council (RTÜK), Turkey’s main media watchdog, reportedly called music television channels threatening them with heavy consequences if they released the song:

RTÜK called all music channels one by one warning them not to share the latest song by Mabel Matiz or otherwise face severe consequences. Clearly they cannot just come out and say, “We have banned the song,” just so they could make a comeback depending on the situation. They are against everything, including thought, that is different from theirs.

Following the backlash, Matiz shared a post on Instagram in which he thanked everyone who responded positively to the video. “I am crying, but from happiness […] We have many more stories to tell. Everything about people, life, found its place in my music and songs. And it will continue to be this way. Let's continue to express all the states of love, and humanity, and continue holding hands stubbornly,” he wrote.

Meanwhile, “Karakol” was embraced and applauded by a number of Turkish singers:

Let's plug our ears to all the nonsense and instead open them up to this song. Mabel carved our hearts again.

My dear, I cannot get enough of watching and listening. I am a huge fan. So good that you exist.

Matiz is not unfamiliar with this type of criticism, as he has openly expressed support for the LGBTQ+ community in the past. In 2013, in an interview with Kaos Gay and Lesbian Cultural Research and Solidarity Association (Kaos GL), one of the oldest LGBTQ+ rights organizations in Turkey, Matiz said, “I find it very important and support the demands for rights and freedoms of LGBT people, who are frequently exposed to discrimination, intimidation, and being banned from visibility, and their struggle in this way.”

That interview was done shortly after Matiz had dropped a song called “Alaimisema” [“But The Rain Will Turn Into Rainbow”]. Its lyrics explore issues of discrimination, homophobia, transphobia, and violence against women, among other topics. They also contain tongue-in-cheek references to social morality and hypocritical sexuality.

In 2017, after an encounter with a fan, Matiz elaborated yet again on the importance of breaking down the types of social stigmas that exist in Turkey. Someone who had asked Matiz to pose for a picture later uploaded the photo to social media with a caption that read, “You are gay, etc., but you have a few nice songs.” The person used the slang word “top” [Turkish for “gay”] in the post. Matiz's lengthy response on Instagram read, “This attitude, which started from my childhood and now covers more than half of my YouTube comments, did not surprise me at all […] These words will never mean humiliation or insult to me. My sadness is related to this: I wish […] that these words also did not mean any of those things to you as well. I want you to love and respect yourself first.”

On June 26, police used force and prevented thousands of LGBTQ+ supporters from carrying out their Pride march. According to local organizations, more than 300 participants were arrested and several journalists battered by the police. Four days later, on June 30, RTÜK blocked access to the Turkish language websites of Deutsche Welle (DW) and Voice of America (VoA) after the two news outlets failed to obtain broadcasting licenses. All of DW's websites are currently blocked in Turkey.