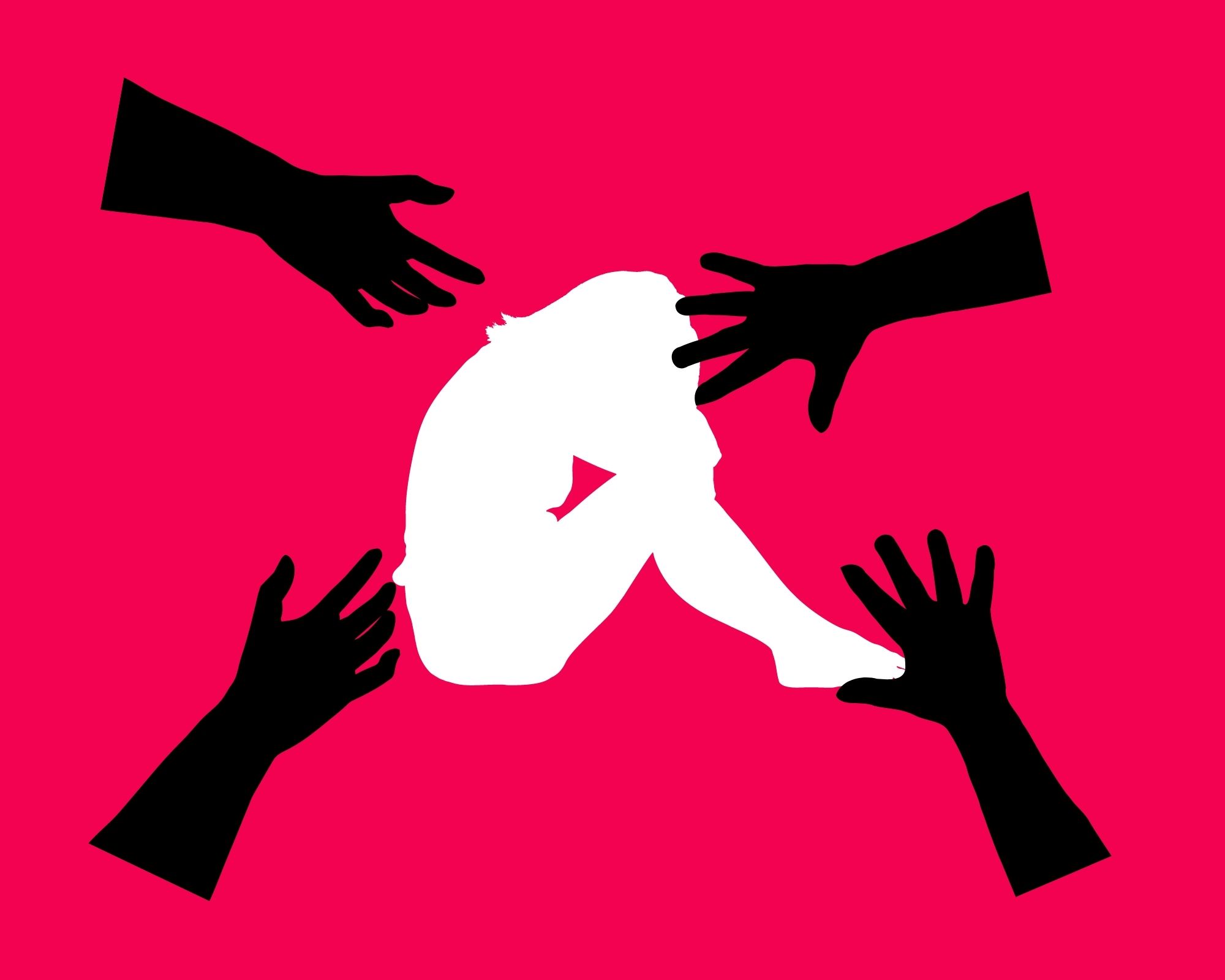 When then-17-year-old Sanay Yaghmur, went public [1] about getting raped by her male relative, the feminist activist did so with the hope the local authorities would duly investigate the crime and hold the perpetrator to account.

At the time, going public did create noise. Shortly after sharing her personal account, the court of appeal ruled to re-investigating the appeal [2],  amid widespread public scrutiny. The man who raped Yaghmur, Asgar Agazade, was arrested, and hearings began in January 2022. But as months went by, the investigation lingered. Now six months in, Yaghmur and her family want a swift decision, however, the activist worries the perpetrator may walk free after her recent court experiences amid a coordinated blackmail campaign by the perpetrator's family. She cites the perpetrator's family connections and the lack of due diligence by the public investigators as the main sources of her concern.

Global Voices spoke with Sanay Yaghmur on June 22, following the court hearing where Yaghmur testified in person due to multiple court demands. This in itself was unnecessary according to Yaghmur's lawyer, Zibeyde Sadigova in an interview with Global Voices.  “She has already given several testimonies since the start of the investigation, and although we insisted that there was no need for her to travel to Azerbaijan, the court refused to accept our demands.” Yaghmur, left Azerbaijan last fall to pursue her studies in Riga.

Meanwhile, the family of the perpetrator had resorted to a social media [3] blackmail campaign against Sanay Yaghmur. They have shared personal information about the activist which they obtained by hacking her email account. During the hearing on June 22, Asgar Agazade said [4] he hacked Yaghmur's email address and obtained private information about her travel itinerary which his family then used to target the activist. They alleged Yaghmur was not a student at the university in Riga and that instead, she has been traveling around, pretending to be enrolled in university.

Lawyer Sadigova said [4] unlawfully obtaining personal information, and spreading it is a criminal act in itself. The perpetrator's family also targeted Yaghmur's mother, writer, Zumrud Yaghmur. On June 26, Zumrud Yaghmur was informed [5] that a photograph she had shared in a  private WhatsApp chat was obtained by the perpetrator's family and distributed online. It was a photograph of her wearing shorts. When Zumrud Yaghmur went to the police to complain, she was mistreated by the investigator who yelled at her and told her that the next time she was back at the station she should come with her husband.

On June 29, the court continued the hearing process by questioning other witnesses in the case including some of the perpetrator's family members.

Since 2008, the Ministry of Justice has collaborated with UNICEF for juvenile justice. Since then, the country has set up special rooms and courtrooms equipped with technical equipment for interrogating juvenile victims as well as witnesses in four grave crimes courts. One of these rooms was used during Sanay Yaghmur's most recent court appearance. There is also an Action Plan for 2021–2022, that was signed between the Ministry of Justice, the Ministry of Internal Affairs, and UNICEF in 2021. The plan, “covers the improvement of legislation in the field of juvenile justice, the organization of pilot social work for juveniles registered with the Probation and Penitentiary Services, the development of training program on child-friendly communication, as well as support for lawyers in the field of children’s rights,” according [6] to Azerbaijan's official response to the CRC dated May 17, 2022.

Sanay Yaghmur's most recent forced court appearance, which lasted two and a half hours, as well as the aggressive and abusive language used in the courtroom, shows that there is a long way to go still.

Sanay Yaghmur testified during the hearing on June 22, from a separate room that was connected to the courtroom where the hearing took place. While she could not see the room, the attendants in the courtroom could see her. Throughout the two-hour-long hearing, the judge and the perpetrator's family asked uncomfortable questions according to Sanay Yaghmur's personal accounts. “My lawyer was also called names, and was threatened with disbarment,” said Yaghmur in an interview. Meanwhile, her lawyer, recalled how each time she muted the mic after questions, the judge was yelling that she had no such rights. Sadigova was also threatened with disbarment for her behavior. The lawyer said:

Throughout the two-and-a-half-hour-long hearing, Sanay, kept it together and provided clear answers to questions posed but when the judge alluded that her virginity may have been taken outside the scope of the committed act, Sanay felt shaken.

According to the lawyer, the judge asked two questions at the end, whether Sanay was engaged in sexual intercourse before the act and that according to the medical examination it is possible that Sanay was no longer a virgin when the act of rape was committed. The claim was uncalled for, explained the lawyer. Sanay Yaghmur was raped on the 25th. The medical examination was done on the 27th. The examination maintained that Yaghmur lost her virginity between the 24th and the 25th (the night of the committed act) but it could not provide a clear date.

The case is political

Asgar Agayev went into hiding after the incident. For four days the family kept him out of sight, according to accounts shared with Global Voices by Sanay Yaghmur's mother, Zumrud Yaghmur. “When Sanay pressed charges, the family tried to bargain with us and begged for mercy. They asked that we change the complaint to physical violence instead of rape. They even suggested that we arrange for marriage.”
The family tried to blackmail Yaghmur when the activist went public. They made claims they had video footage of the act. “In the end, we learned there was no video after all,” said Zumrud Yaghmur, who continues to believe these actions were politically motivated. “The sexual violence perpetrated against Sanay and the subsequent protection of the perpetrator by law enforcement agencies proves that the incident was either pre-planned or turned into a political revenge.”
Two days after the act, Sanay Yaghmur pressed charges. Twice, the regional prosecutor's office terminated the case on the grounds of insufficient evidence. This is despite the victim's providing at least three separate medical examination reports confirming the rape.
Zibeyde Sadigova told Global Voices it is likely the perpetrator is playing a political game to humiliate Sanay Yaghmur and her family. Both the mother and daughter are being used to target the opposition in the country as both women are loud critics of the authorities. In an interview [1] with Global Voices last year, Yaghmur's mother said that throughout the investigation, her daughter's activism was used against her.

She was targeted because she was a feminist. The investigators claimed her lifestyle was inappropriate. They used pictures of my daughter from protests organized in recent years in support of gender equality and women's rights against her.