Masese worked his whole life to preserve the Gusii culture 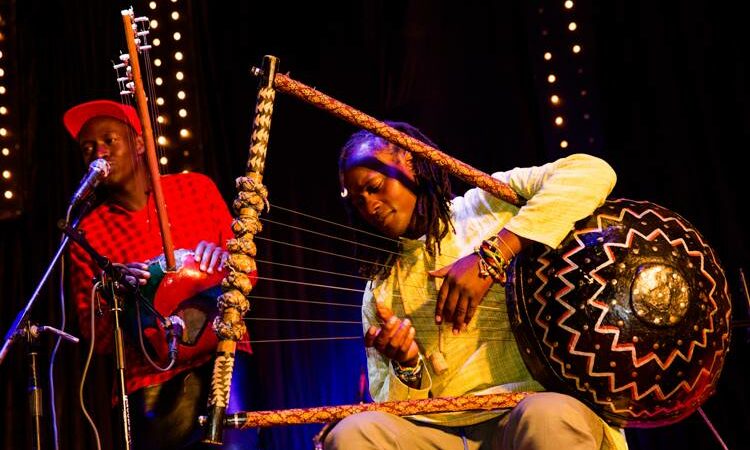 Grand Master Masese at a past performance with his Obokano. Image source; His Facebook page

Kenyan poet, musician, and cultural activist,  Dennis Dancan Mosiere popularly known as Grand Master Masese died on June 1, 2022, owing to cerebral Malaria. Most famous for his poetry, Masese was an urban griot who played the Obokano — an eight-stringed lyre of the Gusii people of Western Kenya. Originating in the 13th century Mande empire of Mali, Griots were storytellers and musicians whose role was to preserve the genealogies and oral traditions of the tribe. Modern-day griots often found in West Africa, tell their stories to music, using traditional stringed instruments such as the ngoni, the kora or the balafon.

He was among just a handful of remaining Obokano players and one of the few visible young players. His quest to preserve the Abagusii culture saw him break barriers as he fused traditional and new sounds including spoken word and hip-hop even as he performed folk music at open mic events in clubs, coffee shops in Nairobi, and on global festival stages. 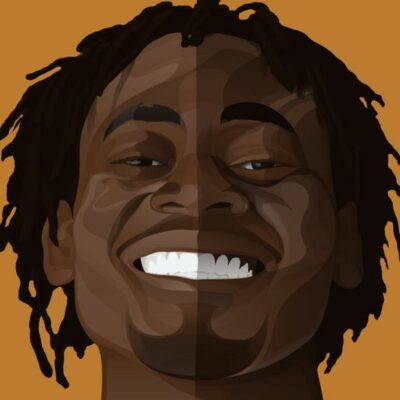 A drawing in memory of Masese done by Kenyan visual artist Nuru Bahati. Used with permission

Masese’s death was unexpected and tragic. Barely in his mid-40s, he was misdiagnosed with an amoeba. As friends struggled to rush him to another hospital when he deteriorated, he passed away in transit.

His last post on June 1st on his Facebook page read: “At Huduma hospital. I developed terrible pains. I have just finished.”

As fellow poets, musicians, activists, family, and friends gathered days following his death for a tribute event to celebrate his life and share stories of him through tributes, poetry, and music, they spoke of how misunderstood and unappreciated Masese was.

He was considered an outcast from his own community because of his unwillingness to fit in a neat box and be labeled as just a poet or musician. He refused to conform to the norms of what a traditional Obokona player ought to look and dress like, which made him an outlier in his home village of Nyamira. Dagoretti records, a Nairobi-based music label promoting a wide range of works produced within Kenya said:

“Still reeling from the unexpected and sudden passing of Grandmaster Masese.

Living or not, there's nothing bad I could ever say about him. He was just a pure and wonderful individual.

Overlooked and misunderstodd, masese was an outsider musician where he was from. pic.twitter.com/pszNrWtSYU

Masese was a Rastafarian atheist. A journal in his blog “Grandmaster Masese's Musings and Obokano“ (started back in 2006) captures his tribulations. A post from April 2009 reads:

I instead decided to address them and tried to defend myself. In spite of their anger, I told them that all the things they had said were not fit for my status. They started blaming the police for letting criminals like me have a field day event when they know our whereabouts. They said that the fact that I have locks on my head suggests that I own a plantation of weed.

His was a lonely sojourn of a man struggling to come into his own in a world where few appreciated or understand his efforts. He not only revived the traditional folk music of the Gusii by fusing it with modern elements, but he also preserved it through digital form through his songs and poetry published online and through his blog.

A look into his life reveals a complex musical mosaic whose parts that took over a decade to piece together.

The first vinyl of Obokano music in 50 years

Whilst many remember Masese as an imposing figure whose signature was his giant Obokano, his Afrocentric attire and his long cowry-shelled dreadlocks, few can fathom how groundbreaking some of his work was — especially towards the end of his life.

The year 2022 was to be his breakthrough year. He had finally placed the final pieces together to reveal a pattern — his masterpiece — an eponymous album released in December 2021 on Digital, CD, and vinyl. It is the first LP album of Obokano music to be produced since “Music Of Kuria & The Gussii Of Western Kenya” was released back in 1972.

This record is a unique collection of tunes that take the centuries old folk traditions of the obokano and the Gusii people and melds them with the forward thinking ideas of some of the most singular musicians on the planet, the first full length obokano record in history and a taste of the future of African music.

In a video tribute eulogizing the grand master, Larson conveyed his deep shock and sadness in losing “one of only a handful of living practitioners of the Obokano.”

“This was Masese’s year of blowing up.” 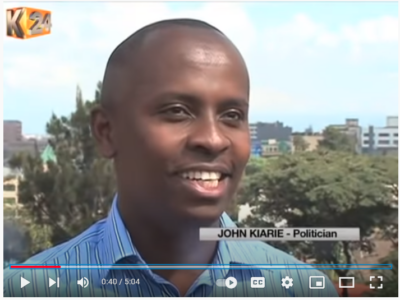