The tank-shaped ice cream reminded authorities of the Tiananmen crackdown 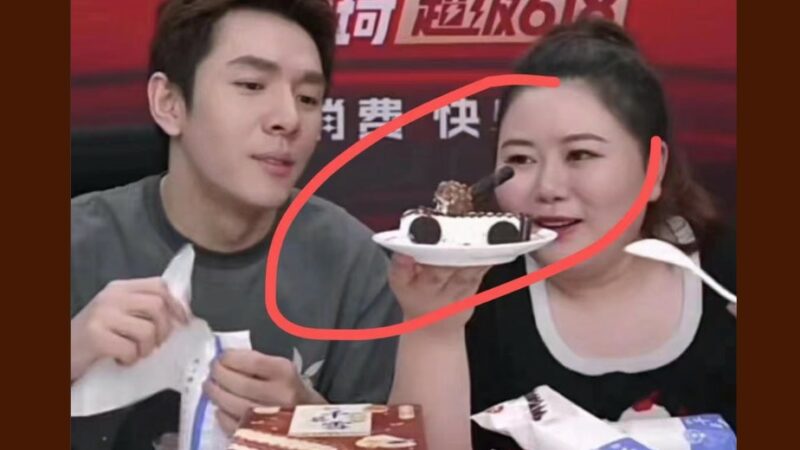 Austin Li Jiaqi, one of China’s top social media influencers, has vanished from all social media platforms since June 3 after his video live stream was removed from Taobao by Chinese web censors.

Viewers were unsure about the censorship as the video featured Li innocuously advertising an ice cream treat. The abrupt take-down immediately triggered a wave of discussion online as Chinese netizens debated what caused the controversy.

Eventually, viewers realized the video was removed because of the tank-shaped ice cream that was presented during the live stream. While the majority of Chinese netizens probably saw a cute, tank-shaped ice cream treat, the web censors thought it might invoke references to the 1989 Tiananmen crackdown and hence should be removed.

The Chinese web censor is normally on high alert around the anniversary of the Tiananmen crackdown on June 4, 1989. All sensitive material including images of candles, historical photos of the incident, numbers like “64,” “89,” and coded expressions like “May 35” (meaning May 31 + 4 days) are blocked.

One of the most symbolic representations of people’s power in the pro-democracy protest is a photo of “Tank man” and all images related to it are deemed politically sensitive around June 4. Obviously, the tank-shaped ice cream is no exception.

The greatest protest photos of all time were taken 33 years ago today. On June 5, 1989, six (not four) photographers captured a lone protester facing down a column of tanks near #TiananmenSquare. This version of the“Tank Man” photo was made by @StuartAFranklin for @TIME…🧵 pic.twitter.com/RLNMEFiqet

Who is Li Jiaqi?

Li is one of China’s top social media influencers. In his regular live streaming program, he reviews and makes recommendations on all kinds of consumer products. He currently has more than 30 million followers on Weibo and over 170 million across different platforms.

On November 7, 2021, he appeared on China Central Television and sold 120,000 cans of Afghanistan pine nuts in a single episode, which was staged to cement the friendship between China and the newly established Taliban government in Afghanistan.

He has also received several awards from the Communist Youth League of China (CYLC) for being a role model for Chinese young people.

Like other social media influencers, Li had been very careful to echo official discourses and avoid sensitive topics in his videos. In March 2021, he joined the CYLC’s Support Xinjiang Cotton campaign, which was a call to boycott western brands that had stopped using cotton produced in Xinjiang.

Hence, many believe that Li did not intend to cross the party line. Most likely, he was unaware of the implications of the tank in Chinese contemporary history, thanks to the success of censorship authorities. But his ignorance had brought him trouble. RebelPepper, a Chinese political cartoonist mocked the incident with his latest work in Radio Free Asia:

The Streisand effect, fear, and the paradox of censorship

Li Jiaqi’s sudden disappearance immediately triggered a so-called Streisand effect as his followers wanted to know what had happened to their idol and began researching the history of tanks and censorship in China, leading them to information about the Tiananmen Square crackdown. Some circumvented the domestic network in the search of an explanation:

This is so hilarious. Just now I received a call from my mum, she said my sister (born in 1990) asked her what could not be talked about on June 4 after Li Jiaqi’s incident. My mum was surprised that she knew nothing about June 4 and told her about the historical incident. My little pink sister was shocked. I am in sympathy with Li, yet he really did something great. What a successful political propaganda!

Some hailed Austin Li as the most popular June 4 educator:

What a crazy muti-universe poster!

In order to curb the Streisand effect, Austin Li’s name was unsearchable for over a week and his social media account has not been updated since June 3. Some anticipated that the incident might trigger a further investigation and he might be sanctioned over tax-related crimes like other online celebrities.

The disastrous effect of political ignorance has caused panic on social media. Twitter user @oshiwodediyi1 claimed that his company started giving its employees history lessons to prevent them from making similar mistakes:

The whole Li Jiaqi incident is so surreal. I am old enough but I really knew nothing about June 4 until this. Censorship measures have become tighter and tighter in recent years and everyone is very careful in order to avoid crossing the line. But now the key is we don’t have the knowledge. Hence, our company called an urgent meeting using PowerPoint to teach us what had not been written in the history textbook. We have our eyes wide open.

Twitter user @lmitgu sees the trend of political witch-hunts as the root of the problem:

Li Jaiqi incident has proven that everyone can fall victim to political witch-hunts. If someone wants to hurt you, they can spread a rumor that you have humiliated China and the brainwashed netizens will hunt you down. If corrupted officials are involved, the crackdown would be justified. Chinese people love the nation, but not their fellow citizens. There is zero cultural or national confidence. What I see is a return of the Cultural Revolution.

Chinese netizens have termed the incident the Li Jiaqi or June 4 paradox, in reference to the contradictory effect of the censorship:

The censorship of Li Jiaqi has indicated a paradox: If one wants to stay away from politically sensitive topics, he has to learn all the forbidden topics.