The disinformation bill has been in the works since last year 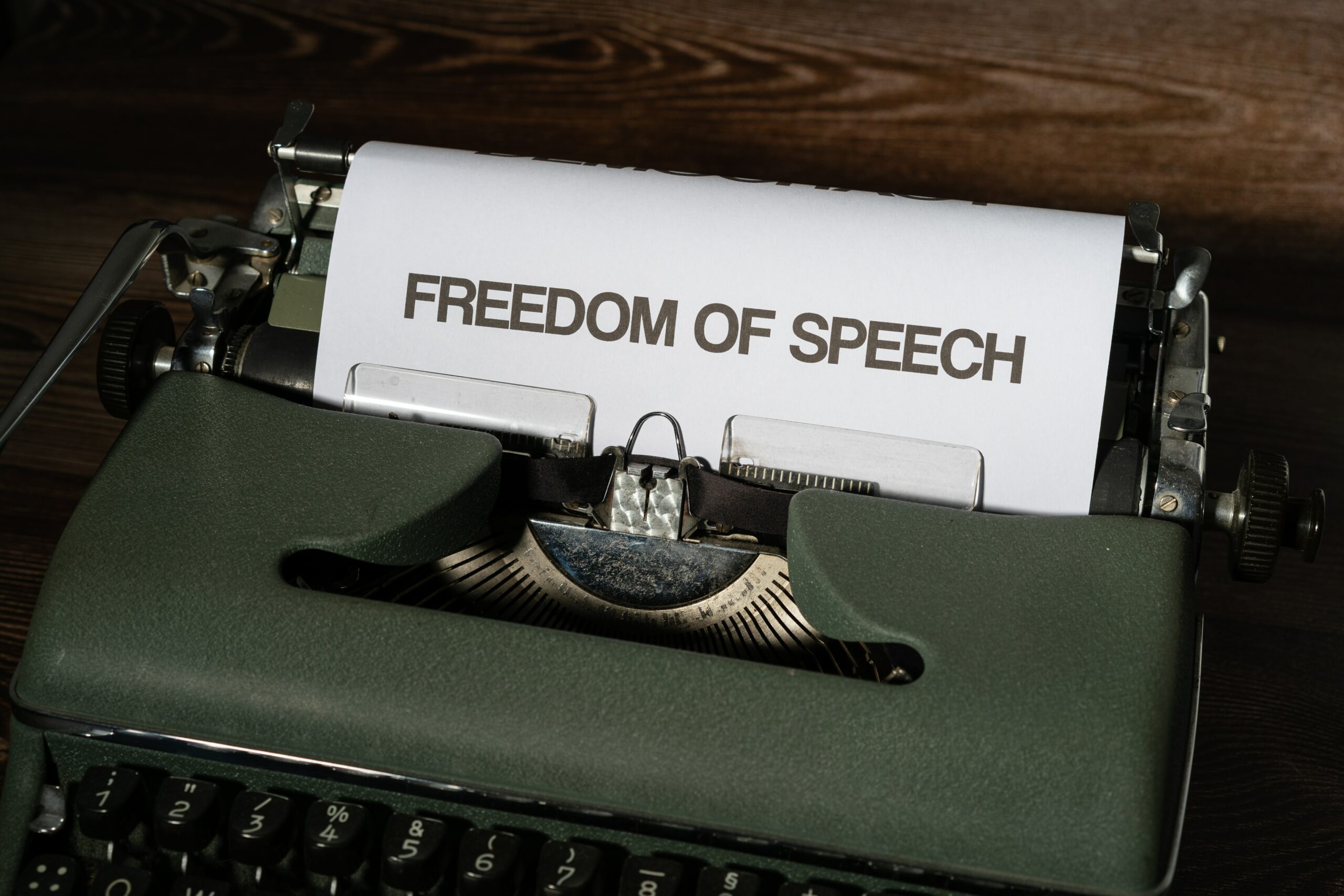 Photo by Markus Winkler on Unsplash

Turkey’s far-right Nationalist Movement (MH) Party announced on May 17 that reviews of the country’s controversial disinformation bill were finalized, and the draft bill was working its way through parliament as of May 26. Critics claim the bill is yet another attempt to stifle freedom of speech and the press.

The disinformation bill was developed by the ruling Justice and Development (AK) and Nationalist Movement (MH) Party members and has been in the works since last year. The coalition representatives claim the bill is similar to existing legislation in Europe, such as the German NetzDG, but critics, including the International Press Institute, disagree.

A statement issued by seven international and local media freedom and journalism organizations on May 27 said the new draft bill, if approved, “will boost systematic censorship and self-censorship in Turkey instead of fighting disinformation.”

In its current form, the bill aims to make the dissemination of “disinformation” and “fake news” criminal offenses punishable by up to three years in prison. The bill states, “anyone publicly distributing false information on Turkey’s domestic and external security, public order and welfare could face between one and three years in jail for instigating concern, fear and panic in society, faces imprisonment from one and up to three years,” reported Bloomberg News.

According to Hurriyet Daily News reporting, the 40-article draft bill aims to hold journalists to account for hiding the identities of anonymous sources in cases where “misinformation” is involved.

“The bill was a long time coming,” wrote journalist Gurkan Ozturan on May 31. “The governing alliance in Turkey has long claimed that the true version of things happening in the country and the world was only published by the pro-government media; the implication was that the critical, independent media were publishing false information.”

In recent years the state has resorted to media gag orders and banned traditional news from publishing criticisms of the state. But these orders did not impact online news platforms or social media.

Many of the recent amendments were driven by Turkish President Recep Tayyip Erdoğan, who has a contentious relationship with online media in the country. In response to insults targeting him and his family in 2020, he told AKP members during a televised address, “Do you understand why we are against social media such as YouTube, Twitter, and Netflix? To eradicate such immorality. These platforms do not suit this country. We want these platforms to be banned, taken under control.” The same month, controversial amendments concerning social media platforms were adopted to Law no. 5651: On the Regulation of Broadcasts via Internet and Prevention of Crimes Committed through Such Broadcasts.

The new draft bill has also been criticized for its opaque legal definitions for terms such as disinformation, fake news, baseless information, distorted disinformation, security, public order, and public peace.

Seven civil society organizations released a statement rejecting the bill, citing the vague references to “security, public order, and public peace.” They note these broad terms are often used “against journalists in legal harassment cases, providing the court with yet another crime for trial. Such an approach leaves the laws open to gross abuse by a judicial system that is already suffering from political capture and a loss of independence. We reject this initiative.”

Just days after the parliamentary group deputy chairman Mahir Ünal, of the Justice and Development Party, defended the draft bill, the International Press Institute (IPI) released a new country report that highlights increased “digital censorship” in Turkey as the state moves to “further control online information” ahead of the scheduled elections next year. The report also argues that:

…any legislation that seeks to criminalize “fake news” is inherently problematic due to the question of who defines which news is legitimate and how these definitions are implemented, all the more so in a context in which courts and prosecutors interpret legislation according to the will of the executive branch. The “disinformation law,” if passed, is highly likely to further restrict space for critical speech in Turkey.

Speaking to the Voice of America Turkish service, professor of law and founder of Freedom of Expression Association Yaman Akdeniz said that though digital censorship has been pervasive in Turkey since 2007, the new draft bill will further restrict freedom of expression, silencing opposition activists and journalists alike, and creating an environment of fear and self-censorship.

In the censorship business since 2004

Although many consider 2007 the turning point for state internet censorship and monitoring in Turkey with the infamous Law no. 5651, aka the Internet Bill, just three years prior, in 2004, a legislative bill titled the “Informatics Bill” was amended (first adopted in 1991), introducing six new offenses. These offenses included the “violation of communicational secrecy, tapping and recording conversations, violation of privacy, recording of personal data, unlawful delivery of acquisition of data, and destruction of data.”

In 2005, Turkey established the Presidency of Telecommunication and Communication (TiB), a state institution that, until 2016, served as the main internet censor in the country.

In 2006, amendments to the country’s Anti-Terror Law No. 3713 allowed the government to label civil society members, including journalists, politicians, and human rights defenders, as terrorists.

Then, in 2007, the Internet Bill — which was originally designed and introduced as a protection mechanism against illegal and harmful content — became a tool for the ruling government to censor content online. A year into its adoption, one thousand websites had been blocked through the bill — a minuscule number in comparison to hundreds of thousands of websites blocked today. The amendments to the Internet Bill in 2014, 2015, and 2020 introduced further restrictions, ranging from URL-based blocking, removal of social media posts, and authorizing TiB to issue blocking orders without a court order, to name a few.

The most recent amendments to the Internet bill, adopted in July 2020, require all social media companies to register with the authorities, comply with content removal requests within 48 hours, and store users’ data domestically, along with other provisions. Eventually, most social media companies and tech platforms established legal entities in Turkey as per requirements set out in the July amendment to the law. However, according to the recent IPI report, “In practice, they [companies and tech platforms] established the minimum mandatory legal presence with the individuals nominated as legal representatives mostly remaining based outside Turkey and therefore beyond the reach of Turkish law. Meanwhile, there has been no effort by the government to implement the law requiring platforms to move the data of all Turkey-based subscribers to Turkish servers.”

The draft bill also suggests amendments to several existing legislative documents, including the Media Law and the Penal Code. The new amendments will make online media legally equivalent to traditional media and impose criminal and legal responsibility for online news, reported Bianet. The online publications will also have to comply with content removal requests that are deemed “false” and may allow the state to block access to these news websites.

According to Akdeniz, such measures are not surprising given the current political environment in Turkey. In an interview with the Voice of America Turkish, Akdeniz said the upcoming elections, the mishandling of the pandemic, criticism of the state policies during last year’s forest fires, investigations into government corruption, and the lack of action to fix the country’s dire economic situation, all spurred the new bill, as the state tries to throttle dissent and criticism.

Staying true to the tradition of censorship

A report published by the Media Research Association (MEDAR) in 2021 found that the vast majority of complaints to take down or block online news content are filed by AKP politicians, deputies, and bureaucrats to cover up incriminating evidence. In fact, the report argues that at least three news items are removed on a daily basis in Turkey. In almost all cases, the news concerns corruption allegations, investigations into government and/or government-affiliated individuals and institutions, or reports of misconduct in office.