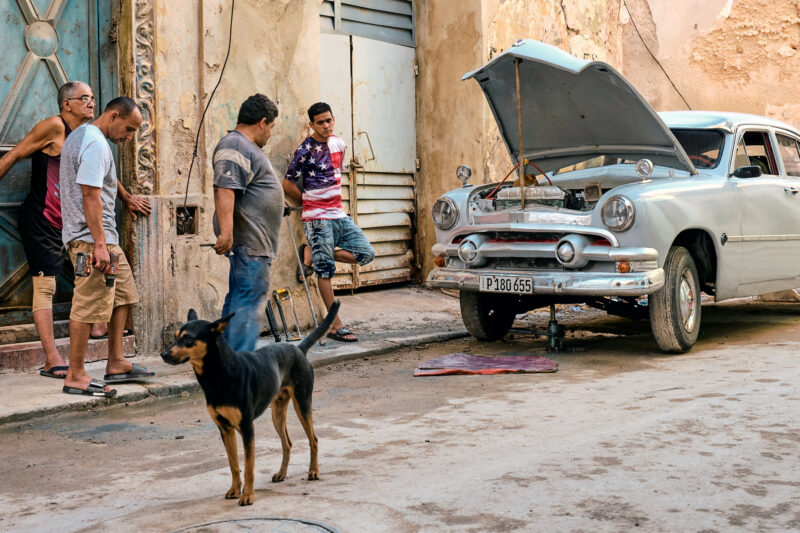 This story was originally published in Periodismo de Barrio and republished in Global Voices under a partnership agreement.

On May 16, the U.S. State Department announced a set of measures to “support the Cuban people, providing them additional tools to pursue a life free from Cuban government oppression and to seek greater economic opportunities.”

The statement came almost a month after the resumption of semiannual immigration talks between the two countries and the reopening of the U.S. consular section in Havana to process visa applications on a limited basis.

Periodismo de Barrio answers several questions to understand the changes made in the last month in U.S. policy toward Cuba.

What were the new measures adopted by the Biden administration?

According to the press release issued by the State Department, the actions are aimed at supporting Cubans in their aspirations for freedom and better economic opportunities and include increased consular services, visa processing, and the resumption of the Family Reunification Program, which had been suspended in December 2018 during Donald Trump's presidency.

It also encourages the growth of the Cuban private sector through U.S. internet services, applications, and e-commerce platforms, as well as supports interactions between Cuban entrepreneurs and U.S. businesses by creating new ways to make electronic payments and by increasing access to trade and micro-financing.

Similarly, the U.S. has eliminated the limit of US$1,000 per quarter for family remittances and said it will continue supporting remittances to Cuban entrepreneurs to promote the expansion of their businesses. The U.S. government will also make it easier for families to visit relatives in Cuba and for authorized persons to attend meetings and conduct research on the island.

What topics were discussed during the immigration talks?

On April 21, 2022, for the first time after four years, representatives of the governments of Cuba and the United States met to discuss the implementation of the Migration Agreements signed by both countries. These meetings were held twice a year since the 1990s until they were suspended by the Trump administration in 2018.

Migration trends, mechanisms to address irregular migration, returns and repatriation of citizens, and the roles of embassies were among the issues addressed in April. The dialogue was intended to promote legal, orderly, and safe migration between the two countries.

Biden's new measures and the resumption of immigration talks can be interpreted as a strategy to reduce the number of migrants trying to enter the country illegally, especially if analyzed in the context of the meetings with leaders of other countries in the region, such as Mexico and Panama, to discuss the issue.

What do the U.S.-Cuba Migration Agreements say?

The Migration Agreements between Cuba and the United States comprise the bilateral agreements signed in 1984, 1994, 1995, and 2017.

The 1984 agreement came as a result of talks between the two governments following the massive exodus through the port of Mariel. Cuba had agreed to accept the return of 2,746 migrants who had left the country during the crisis, who had been labeled in the United States as criminals and mentally ill patients.

The 1994 and 1995 agreements were triggered by the 1994 migration wave, known as the “Rafter Crisis“, during which approximately 30,000 Cubans left by sea for the United States.

These talks led to the U.S. government's guarantee to issue a minimum of 20,000 visas per year. In May 1995, the U.S. and Cuba signed another document establishing that Cubans intercepted at sea or who entered the Guantanamo Naval Base illegally would be returned to Cuba, while the Cuban government pledged that they would not be prosecuted or punished for their attempt to leave the country illegally.

Both agreements led to the introduction of the “Wet Foot, Dry Foot” policy, which stipulated that if Cuban migrants were intercepted at sea, they would be returned to Cuba, while if they managed to reach land, they were allowed to remain in the United States.

The 2017 statement signed during Obama's last days in the White House ended this policy as well as the Cuban Medical Professionals Permit Program, created in 2009 during the George W. Bush administration that allowed the entry of medical staff working or studying in a third country and under the direction of the Cuban government, into the U.S.

To what extent has irregular migration from Cuba to the United States increased?

On Dec. 10, 2018, the U.S. Citizenship and Immigration Services (USCIS) permanently closed its Havana field office, which had almost entirely suspended visa services since December 2017, as a result of the so-called “Havana Syndrome.”

Also in 2018, the Trump administration suspended the enforcement of immigration agreements between the two nations and the Family Reunification Program. The closure of legal channels to apply for visas to the United States, coupled with the deterioration of economic conditions on the island, has caused an increase in irregular migration to the United States.

Since then, legal migration to the United States has fallen by 90 percent, according to an article published by the Quincy Institute. In 2020 alone, U.S. Customs and Border Protection found more than 14,000 Cubans attempting to enter the country without authorization. By 2021, the number had risen to 39,303 and in the first months of 2022 to 79,835, reports the Quincy Institute.

According to Trac Immigration data, 83,478 Cubans were awaiting a response to their asylum application in the United States as of April 2022. This figure represents an all-time high, with more than double the total number of pending cases registered in 2021. 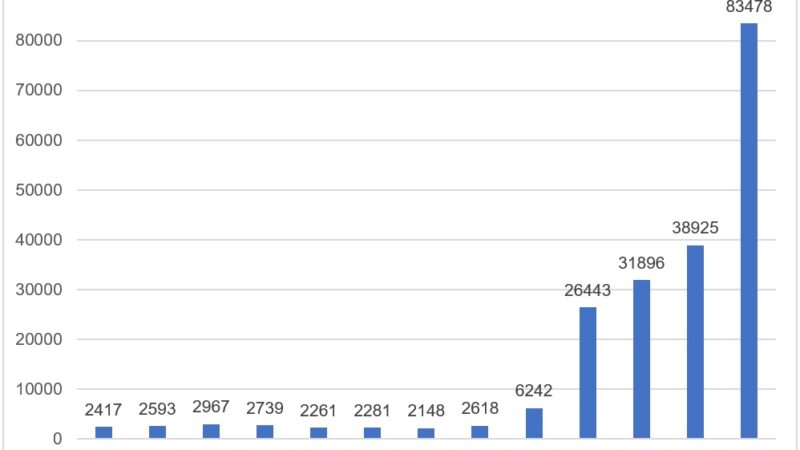 Pending asylum applications of Cubans in the United States from 2010 to April 2022 (Source: Compiled by Periodismo de Barrio with data from Trac Immigration).

As of April 2022, the largest number of cases was in the state of Florida, with 60.1 percent of the total, followed by Texas (20.8 percent) and Tennessee (3.8 percent). The state with the fewest cases was Puerto Rico, with only 0.02 percent. 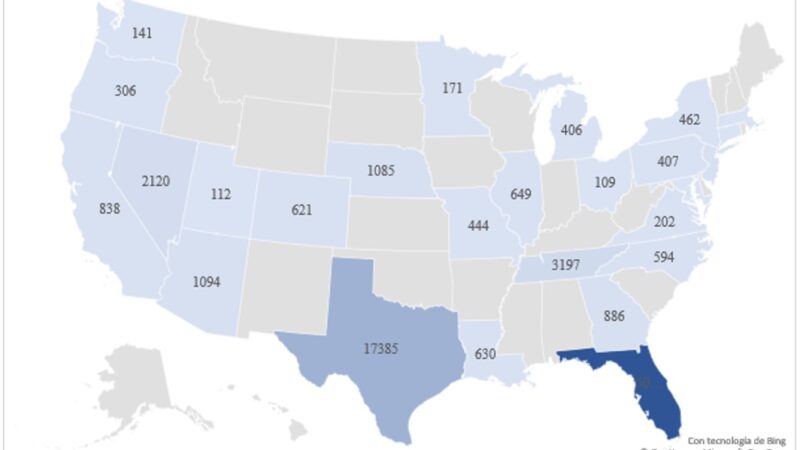 Pending asylum applications of Cubans to the United States by state (Source: Featured by Periodismo de Barrio with data from Trac Immigration).

Unlike the mass exoduses of the 1980s and 1990s, in recent years Cubans have chosen to enter the United States by land rather than by sea. The elimination of visas by the Nicaraguan government in November 2021 allowed them to travel to Nicaragua and then continue by land to the southern border of the United States.

An article in The Washington Post explains that most of the migrants enter through Yuma, Arizona, where there are gaps in the border fence, or through Del Rio, Texas, by crossing a shallow portion of the Rio Grande.