Poisoning is driving vultures and other protected species to extinction 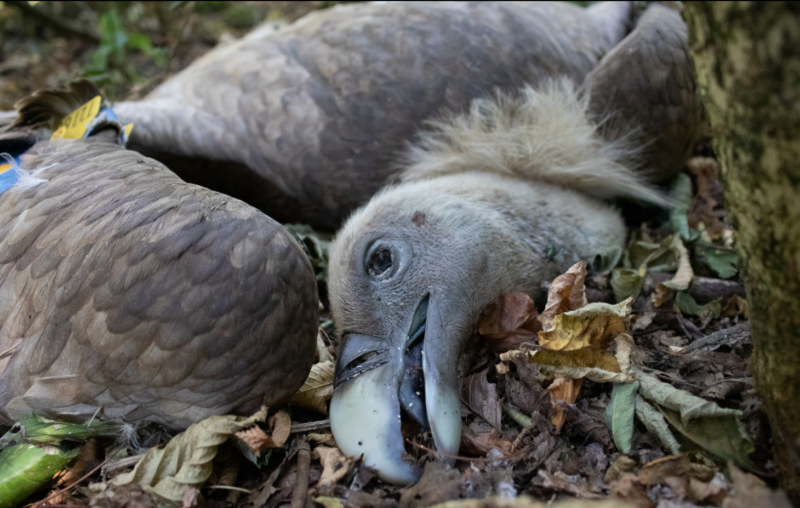 This article was written by the BalkanDetox LIFE project. An edited version is republished by Global Voices with permission.

The illegal use of poisonous substances in the environment to target  “undesirable” animals depletes biodiversity and threatens public health, yet it continues to go unnoticed and unpunished according to the recent Balkan Vultures Poison Study 2022 conducted by the BalkanDetox LIFE project, funded by the European Union's (EU’s) LIFE Programme.

Between 2000 to 2020, the study period, 1,046 poisoning and presumed wildlife poisoning events were recorded across Albania, Bosnia and Herzegovina, Bulgaria, Croatia, Greece, the Republic of North  Macedonia, and Serbia. The main motive behind poisoning incidents appears to be conflicts with mammalian predators (mainly wolves, foxes, jackals and bears) for the potential damages they may cause to livestock practices, agricultural production, and game animals in hunting areas.

“This practice is not a solution to resolve human-wildlife conflicts. It is an unselective method of killing animals that also puts endangered species and unaware citizens, including children, in danger.”

Carbamates, especially Carbofuran, were detected in almost every second poisoning event. Carbofuran is a banned pesticide considered to be a human health hazard, and according to the US National Center for Biotechnology Information only a few milligrams may be fatal for humans “if swallowed, inhaled, or absorbed through skin. Contact may burn skin or eyes.” 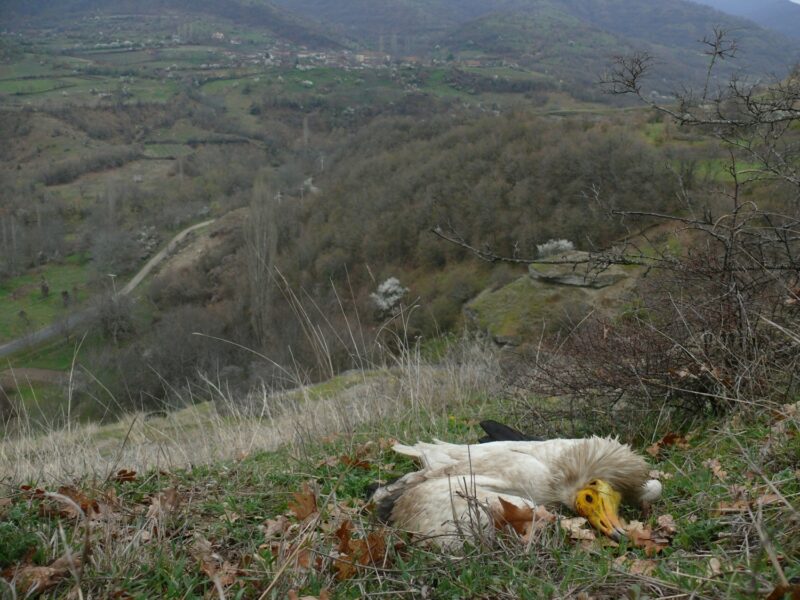 Avian scavengers typically suffer the most from illegal wildlife poisoning, non more so than vultures,  which are recorded as casualties in every fourth incident. A total of 465 vultures perished in the Balkan  Peninsula, including 47 Egyptian vultures, 17 Cinereous vultures and one Bearded vulture between 2000 and 2020.

“An estimated 115 vultures are potentially being poisoned to death annually throughout the Balkans if we take into account that approximately less than 20% of poisoning incidents are ever discovered and documented.”

Such losses exact a heavy toll on the region's vulture populations and have led to regional and local extinction of certain species. Wildlife poisoning continues to be the single most important threat to vultures in the Balkan Peninsula and the current limiting factor for their recovery. This factor has to be taken into account when planning any conservation initiatives regarding vultures, especially restocking and reintroduction initiatives.

Urgent need to combat wildlife poisoning in the Balkans

Low awareness, insufficient engagement of relevant governmental authorities, unclear legislation and jurisdictions, and a lack of resources and capacities when it comes to dealing with poisoning incidents represent the main challenges in effectively combating this problem in the Balkans.

This practice is illegal in Europe, including the Balkans, but it is still in use by local people as a quick and inexpensive method for resolving conflicts with predators and other wildlife. The main driver for such an intensive use of the poison is the conflict between livestock breeders, hunters, farmers and mammalian predators, mainly wolves, but also jackals, foxes and feral/stray dogs … Its widespread use has also been facilitated by the poor enforcement of the legislation, the black market of banned pesticides and the relative free availability of poisoning substances on the markets.

Moreover, illegal poisoning “is also not uncommonly used as a way of settling various feuds and disputes between people.”

In some Balkan countries, the impunity for wildlife poisoning has only recently become a matter of public debate. For instance, it was not considered a crime in Albania until 2019. The following short documentary, posted on YouTube by the Vulture Conservation Foundation, sheds light on the history of wildlife poisoning in Albania, taking a look at the past and present.

Environmentalists who fight to protect vultures and other animals work on raising awareness about the severity of this practice to mark it as a socially unacceptable phenomenon in the eyes of the public.

They also employ various approaches to get their message across, including the creation of educational animations spreading knowledge to both young and older audiences:

The BalkanDetox LIFE project further strives to engage the relevant authorities and build capacities through the Wildlife Crime Academy and other training initiatives to improve the investigation and management of poisoning incidents. It advocates the development of more efficient, clear-cut standard operational protocols for describing responsibilities in reporting, investigating and managing wildlife poisoning cases based on best practice examples from other countries. 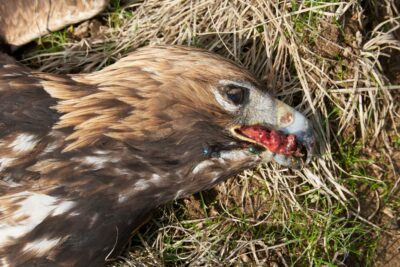 For instance, according to this latest study, within the period 2000-2020, a total of 1,046 poisoning and presumable wildlife poisoning events have been recorded throughout the surveyed countries of the Balkan Peninsula. More than half (55 percent) of them had been documented in Greece, and over a quarter (28 percent) in Serbia. In both countries, local civil society organizations have invested significant efforts in monitoring the phenomenon of wildlife poisoning.

The study authors cautioned that lack of data from other countries contributes to the creation of the perception that this type of environmental crime is, indeed, much more frequent in Greece than elsewhere. However, they noted that the incidence in other countries could be higher, but the lack of local research makes it less visible.