Unpacking colonialism in Russian literature should start in academia

One area where Russia has firmly established its soft power since the 19th century is literature. Authors such as Chekhov, Tolstoy, Dostoyevsky, and poets including Pushkin, Akhmatova, Tsvetaeva and Brodsky are widely read, translated, studied across the globe. They often become the symbols of Russian culture. But this also makes them a target of multiplying calls for cancelling Russian culture as Moscow's invasion of Ukraine is nearing 100 days.

Global Voices spoke to Ani Kokobobo, a scholar of Russian literature and culture who teaches at the Department of Slavic and Eurasian Languages and Literatures at the University of Kansas as Associate Professor and Chair of the Department to hear her views on the growing trend of cancel culture in this context: 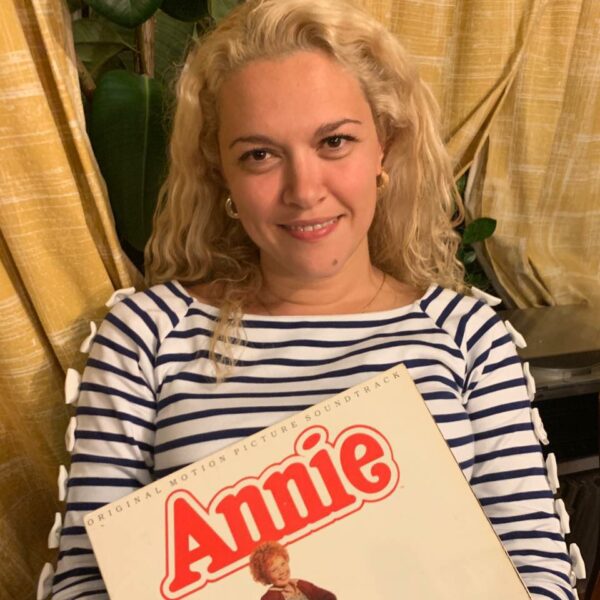 What I’ve witnessed since the Russian invasion of Ukraine is primarily an interest in not promoting Russian state-sponsored art. I have also heard and read of questions about ways in which Russian culture can occlude other aspects of the state-sponsored genocide perpetrated by the armies of the Russian Federation in Ukraine right now. I suspect these calls have to do with the fact that many ideas in Russian literature and culture have been weaponized and are used to legitimize the illegal actions of the Russian government in Ukraine.

I am not sure that not engaging with Russian ideas is really the solution to these problems. I think we should instead engage critically with these ideas. At the same time, it is also worth noting that when we consider literature and culture from the region, we do often privilege Russian literature or Russian ideas over other ideas in Eastern Europe and Eurasia, and I hope that this will change.

It is completely natural for Ukrainians to have a certain attitude toward Russian culture in this moment. I see these readings as the readings of individuals confronted by Russian genocide. I don’t blame the readers; I blame the genocide. Ultimately, the entity I hold most responsible for the impulse to cancel Russian culture is the Russian government.

Indeed different governments — Tsarist, Soviet, modern Russian— have perceived their culture as essentially imperial and have only rarely questioned elements of colonialism in their own projection of what defines Russian culture. Kokobobo agrees the Kremlin has little, if any incentive to engage in a decolonization mission. She also raises an important point about representation:

Since I’m not sure that Russia has had a properly representational government in recent memory, I do not know what we mean when we say Russia; there are many Russias. I think some of these Russias are seeking to decolonize themselves and we have seen separatist sentiment in Siberia and other regions.

One part of Kokobobo's academic expertise is what is informally called “Tostoyevsky” — or the study of Tolstoy and Dostoyevsky. Both authors have written extensively, in novels and in non-fiction, about the fate and mission of Russia and its literature, its positioning in regard to European or Asian cultures, and their views on war and violence. The question — which has turned into a heated debate — is how to approach those texts in view of the 2022 war, the destruction of Ukraine and its culture, and calls by certain entities for cancellation of Russian culture. Kokobobo, who has written about the topic, answers:

I think we have to be watchful of nationalism and a sense of Russian exceptionalism in Dostoevsky, and we should also consider how he depicts other cultures that are not Russian. I don’t personally believe that Dostoevsky would have supported this war, certainly not at the first news of innocent civilian casualties. But I think his other ideas about Russian greatness can be dangerously weaponized, and they have been. We should read them critically and seek out minority voices in his texts so that our students have a fuller picture of Dostoevsky. I also don’t think we should hide Dostoevsky’s unseemliness. I don’t consider Dostoevsky or Tolstoy so fragile that they cannot withstand deeper scrutiny of their more problematic ideas.

Kokobobo also notes that positions shift: while Tolstoy was a pacifist in his later years, and makes mentions of Russian colonialism in the novella “Hadji Murat,” he started off differently in his career as a public intellectual. She notes that:

In “Hadji Murat,” he critiques violence toward Poles, in what I consider to be a Tolstoyan retrospective on his own anti-Polish sentiment in “War and Peace” where he depicts Polish soldiers drowning due to what he perceives as their obsequious admiration for Napoleon. No doubt, the Polish rebellion of 1863 against Tsarist rule incited some of these sentiments for Tolstoy in the 1860s, but it is positive to see him go back and revise himself, finding his earlier ideas unacceptable. I think critical readings of Tolstoy often come through Tolstoy’s own self-criticism because he is not as stable ideologically as Dostoevsky; we see him rewriting and critiquing himself over the years.

Asked about a possible shift towards more Ukrainian studies in the US academic context, Kokobobo agrees there should be more interest, given that Slavic studies are often dominated by Russian studies, something that is true in global academia. She also notes that:

Russian simply enrolls more students than other languages, but I think these enrollment patterns are also part of a broader colonial history. We see similar things at play when we compare enrollments for Spanish versus the enrollments for indigenous languages in Latin America. When we think about decolonizing the field at large, I think it begins incrementally. It begins with integrating Ukrainian and Belarusian voices as Russophone or non-Russophone perspectives into content courses. Likewise, it behooves us to interrogate Russia’s imperial mission in how we present Russian culture to students, both by inserting perspectives that are normally erased, and by explaining Russia’s history of colonialism.

She concludes by saying there is no need for academia to be a zero-sum game:

I’m being flippant now, but truly: I hereby offer our online Ukrainian course at the University of Kansas to all my colleagues as a resource. Sometimes advanced Russian students are the best candidates for this kind of a course. It is not an either/or proposition, there’s no need to get territorial around this. I don’t think that Russian Studies will meet an untimely demise if we make space in our units for Ukrainian Studies and look at Eastern/Central Europe and Eurasia more holistically as a region comprised of a range of identities and cultures, each rich and worth studying in their own right.