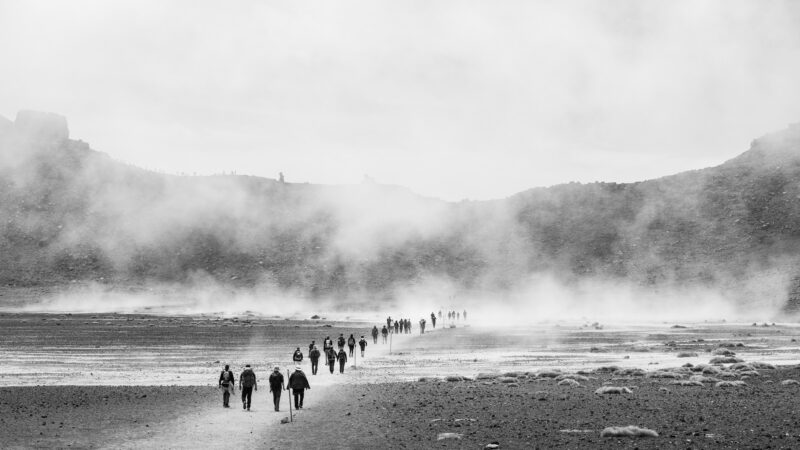 This article by Léa Périllat was originally published on Balkan Diskurs, a project of the Post-Conflict Research Center (PCRC). An edited version has been republished by Global Voices under a content-sharing agreement.

The authorities in Bosnia and Herzegovina (BiH) should focus on young people and families leaving the country. The large diaspora can also be one of the possible sources of economic development of the home country. Moving abroad, as the diaspora says, does not erase memories or ties with the homeland, but creates a changing perception of what home is.

One of the main sentiments shared by almost every Bosnian living abroad when they visit home is conflicting feelings. First impressions are usually positive: some feel at home; most are overjoyed to reunite with their loved ones as well as happy to see the familiar environment in which they used to reside. Besides, members of the Bosnian diaspora usually visit during their vacations, enjoyable times “with no worries.” Shortly thereafter, reality takes over and “spoils the idealized picture and feelings they have.”

Balkan Diskurs conducted a survey and received responses from 88 members of the diaspora, more than half of whom live in France, Great Britain, Germany, the Netherlands, or Norway. They claim to be disappointed that nothing has improved or changed in their homeland of Bosnia and Herzegovina.

Most members of the diaspora agree that last year’s problems are also this year’s and will be the same when they come to BiH again. According to most, the prevailing impression is that the country is frozen in time and that, while the Dayton Agreement ended the war, nothing has changed since then.

Politicians are largely to blame for the unchanged situation, precluding the country from going forward on a stable democratic, economic, and social path.

A 49-year-old Bosnian woman who lives in the Netherlands described the situation in BiH with the following words:

“Disappointment and hopelessness for a better tomorrow have been present for many years … With such nationalist-oriented leadership, we have no progress! The feeling that even after 30 years, nothing is getting better, what’s more, the political situation is getting worse and worse …. It creates anger, repulsion, sadness in me.”

A Bosnian woman from Sweden has a similar opinion, sadly admitting that “there is nothing new since the 1990s, same theme, same politics.”

During the Bosnian War that raged from 1992 to 1995, 2.2 million people left Bosnia and Herzegovina. Today, 30 years after the start of the war in BiH, more than 55 percent of Bosnian people do not live in their homeland. They have built new lives in other countries, mostly in Europe and the US. The reasons for staying in other countries even after the end of the war are, in most cases, the better economic conditions. Additionally, as some have started families with people from those countries, the school system is more reliable and efficient for their children. Return to BiH depends on socio-economic development but also on the political progress of the state.

Most respondents admit that they do not want to return due to the economic situation in BiH, which they say is “terrible and very unstable.” They condemn corruption, which they believe is ubiquitous and slows the country’s development in the right direction.

The diaspora admits that it is not easy for them to determine where their home is because time affects their perception of home. Homes from the past are not necessarily the same homes as those of the present, or those imagined for the future. In this sense, they feel torn between the “lost homeland” and the “host territory” in which they can never fully take root.

This ambiguous sense of ‘belonging’ to the Bosnian diaspora is particularly difficult to deal with. Interviewees admit that they feel like ‘Yugonostalgics,’ which means that they long for the former political, cultural, and economic climate. In this regard, they explained that they want to see BiH society grow into a place and patterns of interaction that are based on peaceful ethnic co-existence, multicultural curiosity and respect, and solidarity on the basis of dimensions of civic life that are common to all, regardless of particular ethnic belonging.

“Obstruction of the creation of a harmonious state”

Moreover, some of them acknowledged that they do not feel legitimate in their native country anymore because they left. They explain that Bosnians sometimes resent the way they perceive the country and what they think about the current situation in BiH. In a way, the fact that they (willingly or unwillingly) left BiH a few years ago makes them feel that they don’t have a say in what is occurring insofar as they are indirect victims or witnesses. They feel like they are in opposition to their fellow Bosnian friends who remained in BiH and are dealing with the situation on a daily basis.

The Bosnian diaspora also fears the current political situation, which in their view poses a major threat to state stability. Many criticize human rights abuses, fragile democracy, and unchanging political figures who poison the entire system. They also condemn and fear enduring nationalist discourses that divide the country and hinder the creation of a united and harmonious state.

Russia’s current aggression against Ukraine has evoked painful memories with an unavoidable fear that deadly events in Ukraine could spill over into BiH. While some fear that a repeat of the 1992 scenario is possible, there are those who find the new conflict unthinkable and think that the current political crisis could lead to democratic and peaceful political reform.

The diaspora respondents believe that BiH society is not ready to take up arms because of painful memories of past crimes. As a 63-year-old respondent who lives in France said, “I think that we have had enough death, hatred, and sorrow.”

Half of the surveyed diaspora members, including a 36-year-old man living in Switzerland, are convinced that, in BiH, the people do not believe in the nationalist and belligerent discourses of the self-interested politicians and that, in the end, “people are not crazy enough to fight for the political goals of a corrupt government.”