'As a biologist, I grabbed a camera to photograph the biodiversity around me' 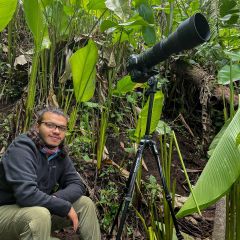 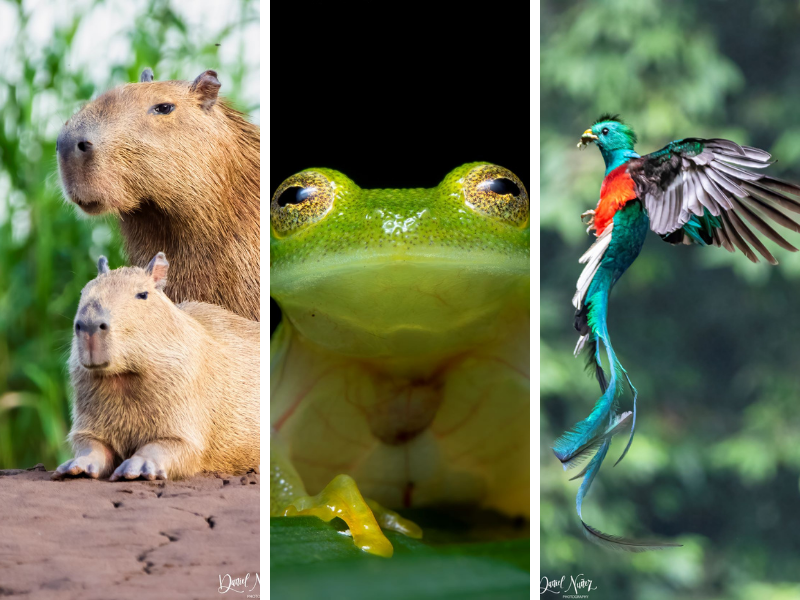 To celebrate International Day for Biological Diversity, I am sharing with you my favorite wildlife photos from Guatemala and Peru. As a biologist, wildlife photography has become my right arm, as photos can complement science and conservation. An image can help visualize what is being done in research, make known species that are not highly valued, and record new species and behaviors, for example.

Five years ago I picked up a camera and began to photograph the biodiversity that I observed over time. My true passion for photography began when I was studying biology at the Universidad del Valle de Guatemala. I was constantly going on field trips when I decided to dedicate myself to photography because of all the animals I observed.

My primary interest was always in reptiles and amphibians, probably animals that are stigmatized by many, but little by little I started to get into photographing other wildlife such as birds and mammals. Here are some of my favorite photos with a brief description. 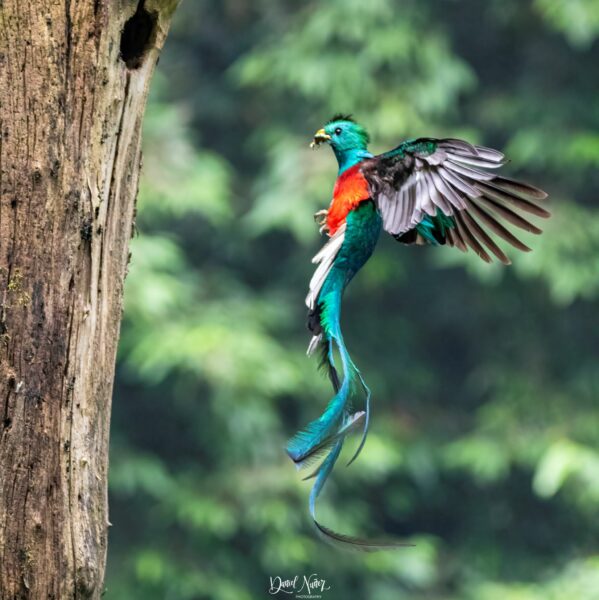 The Resplendent Quetzal (Pharomachrus mocinno), a bird found mainly in Mexico, Guatemala, Honduras, and Costa Rica, is, in my opinion, one of the most incredible birds in the world. For this photo, I spent several days waiting and observing the behavior of the quetzals in their nest. After waiting more than six hours in the forest of the Atitlán volcano, Sololá, in Guatemala, I saw the male carrying food for his chicks, and captured the moment. 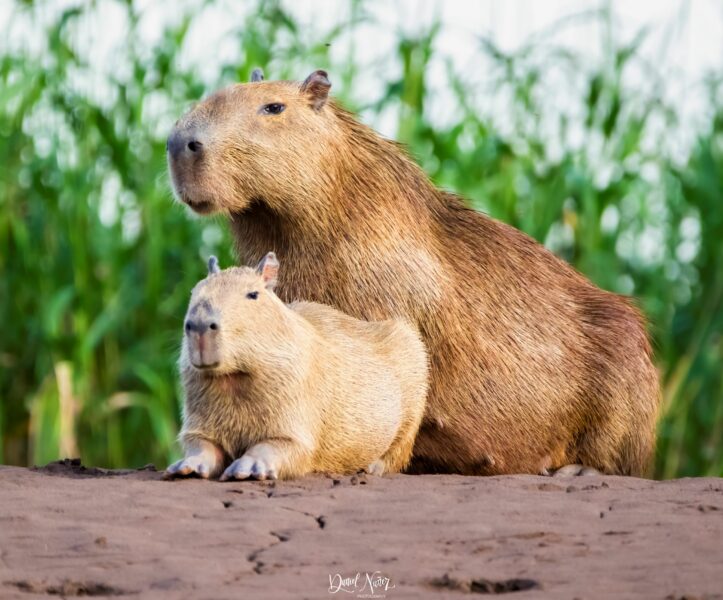 A rainy afternoon on the Tambopata River in the Tambopata National Reserve, Peru. We were searching for felines on the river, mainly jaguars and pumas. Unfortunately, we did not see them, but we did manage to observe one of the species consumed by the jaguar … the capybara (Hydrochoerus hydrochaeris). A family of capybaras on the river; between raindrops, we saw this mother with her young. 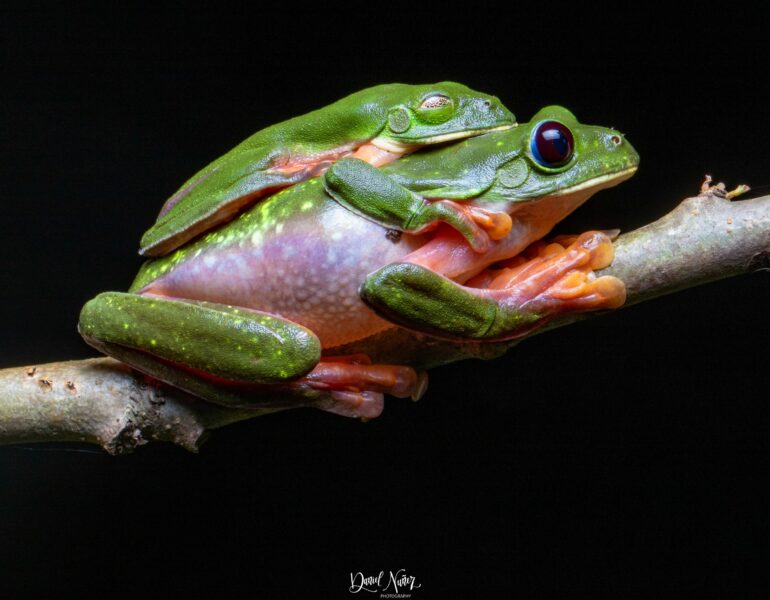 This photo depicts the mating of the Guatemalan black-eyed frog (Agalychnis moreletii). During the night we were able to observe the behavior of several male and female individuals near a pool of water. This pool was a small basin built by humans, in which species like this one take advantage of water sources to mate and lay their eggs. The species is found in Belize, El Salvador, Guatemala, Honduras, and Mexico. 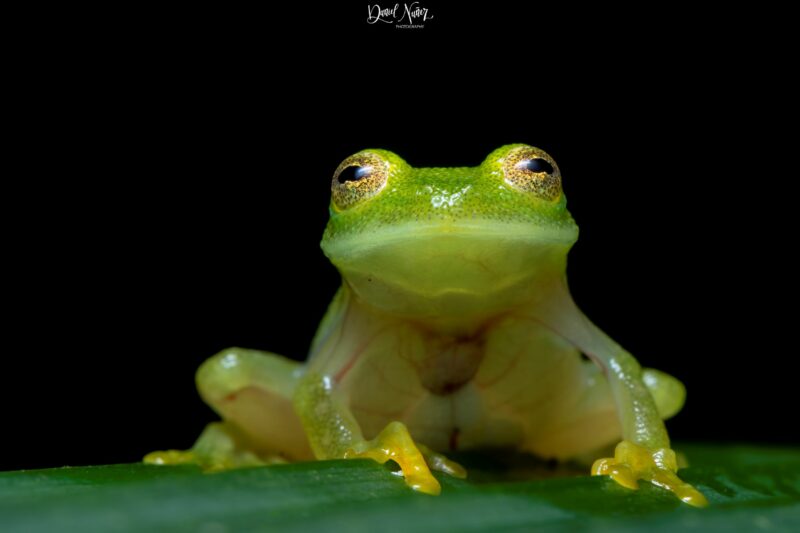 This may be a common species, but when I observed it for the first time, it was a very nice feeling. There are several species of glass frogs in the family Centrolenidae, but Hyalinobatrachium viridissimum is the only species from Guatemala. It is impressive to be able to see its organs in such detail. 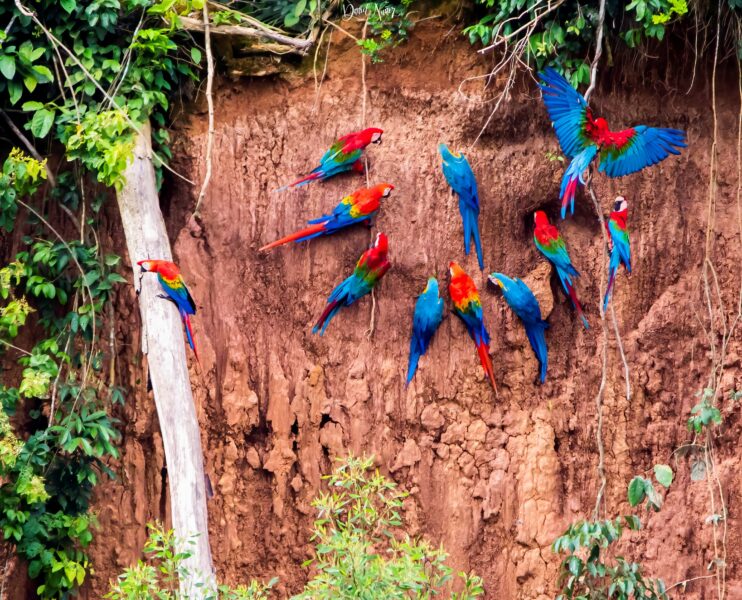 One of my favorite photos of all, where I was able to capture three species of macaws feeding on clay at the Collpa de Chunco in Tambopata Reserve, Peru. On the first day of observation the rain didn't let me see a single bird on the wall, but the next day it was a show of more than 30-40 individuals flying around, feeding themselves in the trees. In the photo, you can see the species Ara macao (scarlet macaw), Ara ararauna (blue-and-yellow macaw), and Ara chloropterus (red-and-green macaw). 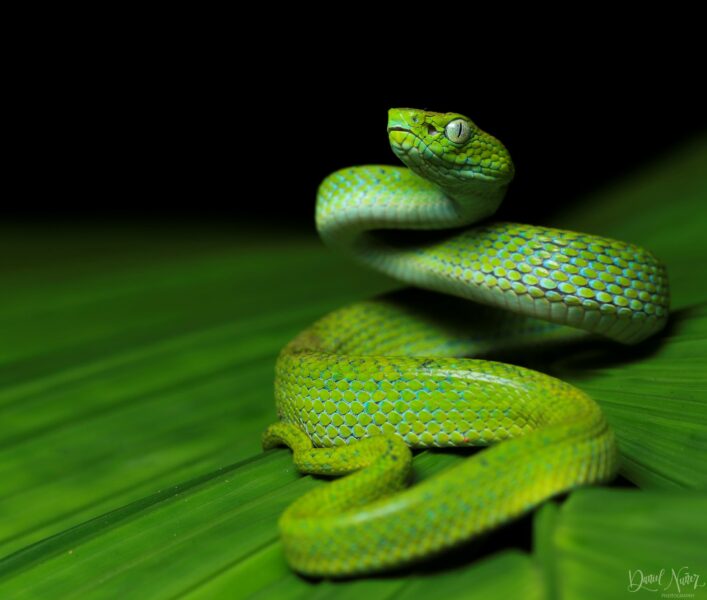 One of the most beautiful snakes in Guatemala is the incredible Guatemalan Palm Viper (Bothriechis bicolor). This was one of the first snakes that I managed to photograph and for this reason, it has become one of my favorite photos. 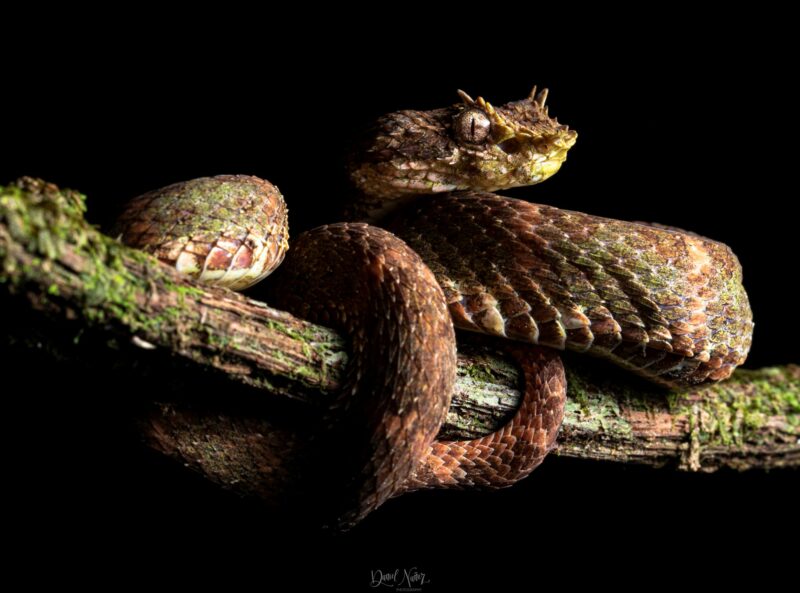 One of the most unexpected and difficult encounters I have ever had. It all started with a hike up the mountain at 10 in the morning to observe other species. After carrying the equipment for the whole day and not being able to observe almost anything, an encounter at about 10:00 p.m. brightened our night. The eyelash viper (Bothriechis schlegelii) is probably common in countries like Costa Rica, but in Guatemala, it is only found in a few places on the Caribbean slope. 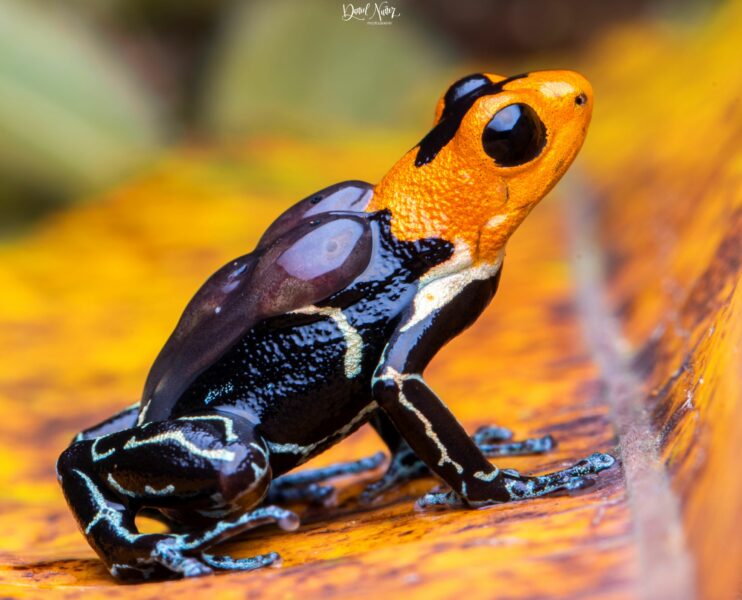 Finally, one of the most incredible animals I have been able to observe. Ranitomeya fantastica is a species endemic to the San Martin and Loreto region of Peru, meaning that it is only found in that region. Being species with a very specific habitat, the loss of habitat and human activity has put them in danger. Here we can see a male with its tadpoles on its back, which is a behavior of these species.