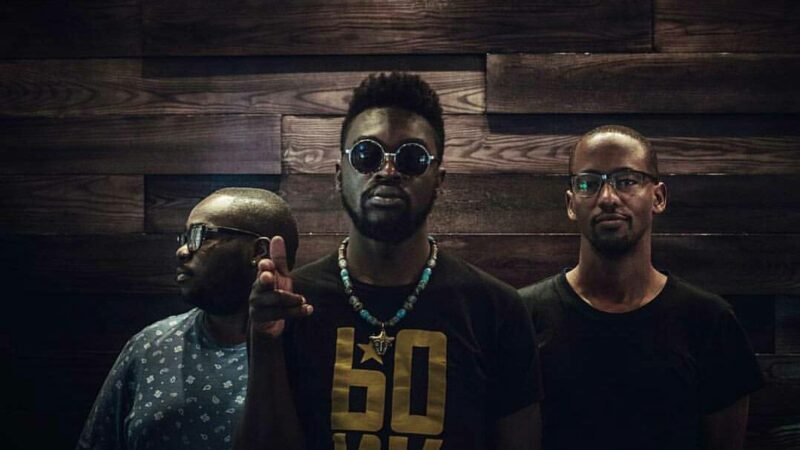 Just a Band, Kenya's top house/funk/disco/alternative music band, and the makers of Africa’s first viral video announced their comeback on May 16, following a six-year hiatus. The band's fictional Kenyan superhero-inspired protagonist  Makmende went viral in 2009 after he was featured in their music video “Ha-He.” Makmende went on to become Kenya's first internet meme. The video would portend a paradigm shift in Kenya's music industry as musicians began challenging assumptions of what made music Kenyan and started looking toward the internet in a bid to bypass entertainment gatekeepers who defined the country's musical identity.

After Just a Band announced their return, I began reflecting on how much has changed in Kenya's music scene as well as its political and socio-economic landscapes.

So, why is their return so significant, is it likely to redefine Kenya’s musical identity and how much has the Kenyan alternative music landscape changed since “Ha-He” first debuted?

Kenyan music defies definition. It has been described as a country constantly searching for a musical identity. Its sound is easily swayed by the influences of rhumba, Afropop, trap, hip hop, Afrobeat, soul, and RnB, making it endearing to a variety of audiences.

Ever since the 1970s, Benga, a genre of popular Kenyan music originating from Nyanza province in Western Kenya, secured its permanent place in Kenya’s musical identity. Fast forward to the present day and the sound has withstood the test of time, even as new sounds emerge to blend other African and global genres.

In 2019, the Gengetone genre rose to become the dominant sound in Kenyan music. It has injected new life into Kenya’s music industry and in its own way, brought back a sense of patriotism in a country that has for the last several years witnessed infighting in its artistic communities and media outlets, due to the excess airplay given to foreign music.

As a veteran Kenyan veteran arts and culture blogger, I have been covering the arts and culture scene since 2005. This inadvertently gave me a front-row seat as Kenyan music went back into its history and back into the present, dipping in and out of other genres in a bid to find its own voice amidst a changing culture brought on by a new generation of listeners whose taste was heavily influenced by global mainstream genres.

It did not help that our Tanzanian neighbors and distant relatives in Nigeria and South Africa had gotten there long before us. Our musicians soon found themselves shouting themselves hoarse as their voices drowned in a sea filled with Bongo, Afrobeat, and Kwaito on radio and in the clubs.

More than Just a Band?

Just a Band is a four-man music group made up of Bill “Blinky” Sellanga, Dan Muli, Mbithi Masya, and Jim Chuchu. The group dismantled collective conventional wisdom around what Kenyan music should sound like. They were the vanguards paving the way for alternative, eclectic, experimental music in Kenya. It was a sound that didn’t need to lean on Nigeria’s Naija, Tanzania’s bongo, or South Africa’s kwaito.

The first time I  heard Just A Band’s songs from their debut album “Scratch to Reveal” in 2008, I knew that my long-held preconceived notions of what Kenyan music is or is supposed to sound like had just shifted. The songs “Ha-He” and “Iwinyo Piny” were fresh and different. It was unlike anything I’d ever heard, yet, it was as Kenyan as could be.

Despite their eclectic sound that experimented with elements of Jazz, hip-hop, disco, and electronica, the group found it hard to break into the mainstream music scene

To my chagrin, I watched as the house/funk/disco trio that gave us  Makmende took a hiatus just as this genre they had birthed and nursed was fledgling. As noted in their announcement, much has changed and all of us have grown.  However, the embers of the fire they started in 2008 have been smoldering in the underground of Kenya’s digital entertainment webs.

In March 2010, “Ha-He” a single by Kenya’s Just a Band went down in history as Africa’s first viral video after it set the internet on fire via YouTube.

That act of uploading a video online helped Just a Band push through the entertainment gatekeepers into the pantheon of Kenyan music making them the first band to leverage the internet to cultivate and grow their fanbase directly.

In the last year alone, songs such as “Amadou” by Emwark, “Kilamu” by Saronde feat Blinky Bill and Idd Aziz, “Life isn’t Pain” by Tetu Shani, “Better than just fine” by Olivia Ambani, “who’s loving you” by Hamza, “Panga” by LevyM feat Aziz, and hundreds more have proliferated on music streaming apps and YouTube to gain a cult niche following within Kenya and global audiences.

This is the result of concerted efforts by digital platforms such as Spotify, Apple Music, music curators, and artists who are leveraging such music streaming services to market and distribute their music. That is how I discovered playlists such as Alt. Kenyan by Tetu Shani, Urban Chill Kenyan by Scaaden Orina, and the 23 series playlist by Kophen, a Spotify curator.

Just a Band's return comes as Kenya navigates a crossroads in its musical identity. Alternative Kenyan music reached new audiences in 2020 as audiences sought a soundtrack that reflected their new upsidedown reality.

As Gengetone was enjoying its golden year in 2019, the alternative Kenyan sound was slowly bubbling up again having disappeared from the airwaves as the tyranny of Afrobeats hypnotized audiences in Nairobi and across the continent. Making its way through Nairobi’s underground fibre tunnels, 2020 became the year that alternative Kenyan music found its way back into people's ears and hearts.

When the  COVID-19 pandemic hit Kenya in March 2020, the country went into lockdown. Public gatherings and entertainment spots were dealt a heavy blow as lockdowns and curfews went into effect, bringing Kenya’s performance scene to its knees. As the once-vibrant party music genre Gengetone — which is heavily influenced by Reggaeton and dancehall — struggled to survive beyond the clubs, I together with millions of other Kenyans have been experiencing another side of Kenyan music that one hardly gets a glimpse of if their taste in music is dictated by Kenyan radio — usually the most listened to media here. COVID-19 restrictions meant that we were indoors and online and therefore more willing to explore music beyond our safe places. As a result, Alt Kenyan music flourished.

My conversations about Kenyan music have moved beyond what it should sound like because its creators have proven time and again that what they create defies definition. I have since learned to just listen and enjoy music without the incessant need to attach labels or judge. There is something truly magical that emanates from artists who freely express their art without feeling trapped by the pressure of having to conform to commercialism.