How Russia's withdrawal from the region unties Taliban aggression 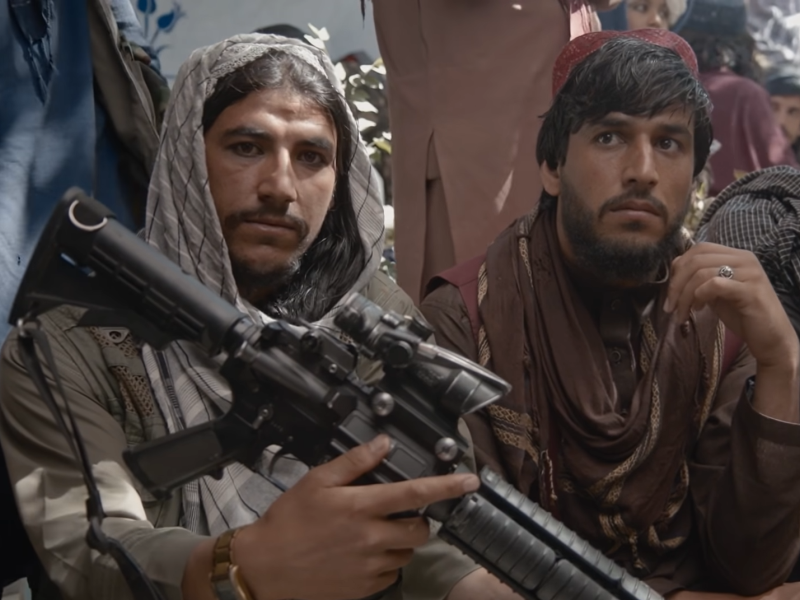 On May 8, 2022, the Taliban-led government of Afghanistan reported that they are investigating Islamic State (IS) rockets attack on Tajikistan from Afghanistan's Takhar Province, as IS admitted firing eight rockets on May 7 towards “unspecified military targets in Tajikistan.” In reaction, Tajik officials cautiously mentioned bullets accidentally fired during a fight between Taliban forces and IS militants on the Afghan side of the border, yet maintained the operational readiness of its border troops. With rising tension in the region, one might conclude that the Taliban honeymoon is definitely over, as far as its Central Asian neighbors are concerned.

According to certain perceptions, the Taliban might consider Russia as being stuck in the war with Ukraine, making it the ideal moment to pressure Central Asian states into making political concessions. Tajikistan, a country that has blatantly disparaged the new Taliban government, could be a primary target. From the onset of the Taliban takeover in August 2021, the Tajik government, backed by a Russian military presence, refused to communicate with the Taliban. Dushanbe would not recognize the Taliban rule, as long as the new government continues to exclude ethnic Tajiks, who make up the quarter of the population of Afghanistan.

This pressure was in no way confined to the use of force, as verbal threats targeting its neighbors became commonplace in Afghan politics. Thus, on May 6, 2022, Gulbuddin Hekmatyar, the former prime minister and the leader of the pro-Taliban Hezb-e Islami party, stated that Tajikistan virtually declared war on Afghanistan by providing shelter to Afghan opposition. Therefore, in retaliation, Afghanistan should provide refuge for Tajik opposition. He delivered his menacing speech in Dari, a language closely related to Tajik, following his meeting with Amir Khan Muttaqi, the acting foreign minister of the Taliban, depicting Tajikistan as weak, small, and fragile (ضعیف، کوچک، شکننده).

It is no surprise that threats and attacks targeting Tajikistan occurred amid reports of clashes in the northeastern Panjshir province between the Taliban forces and the National Resistance Front of Afghanistan, the ethnic Tajik-dominated anti-Taliban alliance that opened a representative office in Tajikistan in October 2021. Besides, Tajikistan was the third largest host of registered Afghan refugees (after Pakistan and Iran), and is the fourth largest destination for newly arrived Afghans since 2021 (after Pakistan, Iran, and Uzbekistan). 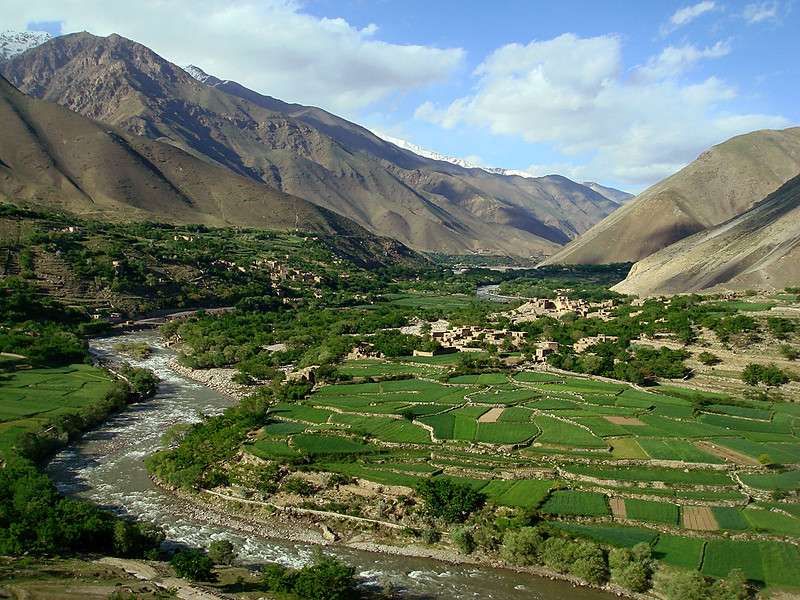 Earlier, on April 18, 2022, the Islamic State Khorasan Province (ISKP), the affiliate of IS mainly active in Afghanistan and Pakistan, claimed that it launched a rocket assault on a military base in Uzbekistan near the city of Termez, but Uzbek officials immediately dismissed the claims in a manner similar to that of Tajikistan.

Already in January 2022, Taliban Defense Minister Mohammad Yaqoob, the son of Mullah Omar, founder of the Taliban, urged both Tajikistan and Uzbekistan to return to Afghanistan the military aircraft taken there by the US-trained pilots of the Afghan Air Force, who fled to Central Asia alongside the withdrawal of US troops in August 2021, calling on to them not test their patience and not force them to take “all possible retaliatory steps.” In light of this, on January 10, 2022, at the conference of the Russia-led military alliance Collective Security Treaty Organization (CSTO), Tajik president Emomali Rahmon warned his fellow heads of states about more than 40 training camps for terrorists located in the northwestern Afghanistan, hosting more than 6,000 militants, adding that some in Central Asia share their views.

Russia's unlikely rapprochement with the Taliban

Indeed, from the moment of the collapse of the Afghan government following the withdrawal of US and allied troops and the rapid Taliban takeover, the three Central Asian states that border Afghanistan — Tajikistan, Turkmenistan, and Uzbekistan — intended to defend their borders through security reinforcement and diplomacy, primarily relying on Russian initiatives. Within that framework, during the consultation in Moscow on July 8, 2021, Russia even seemed to succeed in obtaining a pledge from the Taliban not to violate the borders of the Central Asian states. It ought to be noted, though, that at the same meeting the Taliban assured their readiness to respect human rights, including women’s rights, but over time went on harshening policies towards women, forcing them to cover their faces, restricting work and education. Later, the Afghan diplomats representing the Taliban government received accreditation at the Ministry of Foreign Affairs of Russia, while the Afghan embassy in Moscow was handed over to the Taliban. 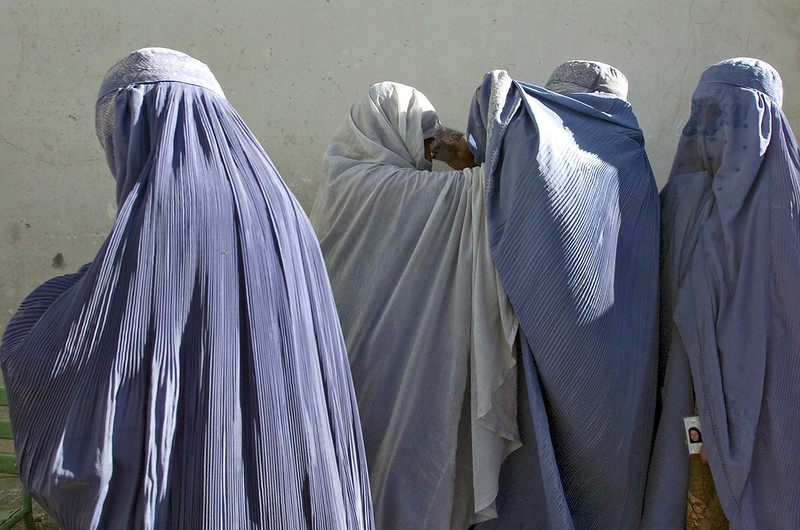 As for the security reinforcement in the region upon the Taliban takeover, Russia, having a large military base in Tajikistan and involved in equipping and training Tajik border troops for decades, initially saw no need to engage the CSTO forces in protecting the border with Afghanistan, highlighting the need for military equipment and technical assistance instead. Nevertheless, in August 2021, Russia held a joint military exercise with Tajik and Uzbek troops in the Kharbmaidon training ground in Tajikistan near the Afghan border, modernizing, in the meantime, the military equipment of their base. Later, in October 2021, the CSTO carried out military drills in Tajikistan, engaging troops from Armenia, Belarus, Kazakhstan, Kyrgyzstan, Russia, and Tajikistan.

Aftermath of the Russian invasion of Ukraine

However, the Russian invasion of Ukraine and its brutish conduct of war, which is often compared to the Soviet failure in Afghanistan, made even the Taliban urge them to “desist from taking positions that could intensify violence,” shifting the strategic balance of power in the region away from Russia.

Not only would it release the Taliban from being the world’s most prominent aggressor and distract Western attention away from Afghanistan, but also it could eventually untie the Taliban from its security arrangements with Russia, which now has “no money or military force to spare” due to sanctions and military failure, and thus cannot play vital role in Taliban’s search for international recognition.

From the military perspective, Russia’s plans to rearm its military bases in Kyrgyzstan and Tajikistan by the end of 2022, as well as Russia’s ambitious 2022–2024 strategic partnership program with Kazakhstan now all seem vague, as as early as a couple of weeks into the Ukraine war, Russia allegedly asked China for military and economic aid. Claims that Russia might pull some troops from its base in Armenia were made by Ukraine, while the withdrawal of troops and mercenaries from Syria and Libya to reinforce its Ukrainian campaign, opened the door to strategic opportunities for small and greater powers in the region. 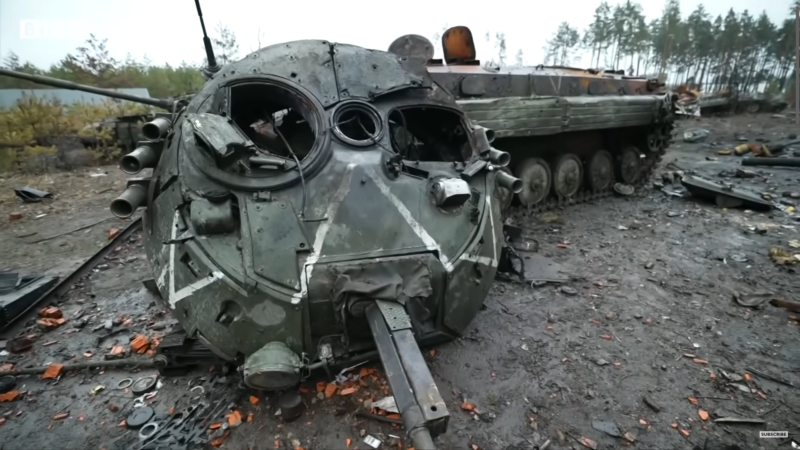 Amidst these developments, the Central Asian states, whose economies started suffering even before the Russo–Ukrainian war, are now threatened with the rise of violence and instability inside Afghanistan, which activated military groups, including the ISKP that carried out attacks on Tajikistan and Uzbekistan. Some of these groups extensively recruit ethnic Tajiks and Uzbeks and carry out media and propaganda campaigns in Central Asian languages, proclaiming “great jihad to Central Asia.” Moreover, some even consider them as Taliban attacks executed through the local affiliate of the IS, as the latter has established links with the Haqqani network, the offshoot of the Taliban.

At the moment, while Russia’s military failures in Ukraine, and its economic and political isolation has left Central Asian states alone with their fears of rising Islamic militancy in Afghanistan, news of the hours-long exchange of fire between Taliban forces and Tajik border troops from May 15, 2022, started breaking the silence that lasted only for a week. On the other hand, Russian president Vladimir Putin seems to expropriate the CSTO summit that started in Moscow on May 16, 2022, to express his grievances about the “rage of Neo-Nazism in Ukraine,” encouraged by the West, and threaten Finland and Sweden for their intentions to join the NATO, rather than really dealing with the Afghan threat.